Susan Zimet sits with eyes wide, almost vibrating with anticipation to answer my questions. The high energy New Paltz town supervisor does more than manage the New York village she calls home. An avid photographer since childhood, Zimet frequents social marches and political events to capture images of protesters and passers-by. Her photos are regularly featured in local and surrounding community newspapers and blogs.

In October she showcased her work at New Paltz’s Unframed Artist Gallery’s Truth Out show. The event featured work by art-activists that portray social issues from domestic and animal abuse to multi-national wars and genocide. Between budget meetings and conference calls, Zimet made a stop in her office, decorated with her own snapshots to discuss the importance of recording the world through photography.

Katie Cusack: With such an action-packed day-to-day schedule dealing with high-level issues and people regularly dropping in with their issues for you to fix, how do you find time for photography?

Susan Zimet: It’s unfortunate collateral when my days vary so often, with random issues to be dealt with in a moment’s notice. I’m really happiest looking through the lens of a camera. My whole being calms down. All of the anxiety and intensity I carry with me all day goes into my photos.

KC: Do you remember what first sparked your interest in photography?

SZ: I actually can’t remember what made me start taking pictures. Only that in junior high I asked my father for a camera. It was a Pentax 33 millimeter, and I never put it down. When I put on my first show in the Highland Cultural Center, I showed over 100 photos to 200 people. The people who knew me were surprised to see my work but then they would stop and say, “Well actually, you always have a camera hanging over your shoulder.”

KC: You use a Nikon film camera and a digital camera. Do you find a difference in your style and technique with digital versus film?

SZ: Nothing replaces film. It has a better grain and quality but is harder to develop these days. With digital cameras, it becomes too easy to be careless because you can always take another photo. But I don’t touch up my photos. I crop through the lens and if I don’t like the way an image looks, I don’t take it. I’ve never colored, brightened or messed with a photo.

SZ: Absolutely. I photographed the Same-Sex Marriage March in New Paltz and the Phelps family hate group’s counter-protest in 2004. They protest funerals of soldiers and victims of AIDS. To capture images such as a police officer guarding a funeral with signs saying things like “God hates America” behind him is something that people need to see. I tie in my political activism with my art… but I absolutely consider photojournalism itself an art form.

KC: You showed some of your work at the Truth Out gallery this past fall. What is an audience’s general reaction to your art-activism?

SZ: Well, the photos of the Phelps family, the Nurses Labor Union in Poughkeepsie or Women’s Right to Choose March in D.C., which were all featured in the gallery, have some strong images. They weren’t picked to shock people but they are shocking. I’ve had people come see them who I actua

lly photographed and they love seeing themselves.

KC: What do you think makes your photos so shocking?

SZ: My photography is very intimate. I take a lot of close-ups; I really go deep into the shot I’m taking. I’m not always focused on the action either. Whatever is interesting catches my attention and focus so everything is fair game.

KC: You photograph much more than political events. Are there any unique subjects you work with?

SZ: I have a bit of an obsession with mannequins. I actually bought my own with a bunch of wigs and different clothes and stuff. I can take photographs of “people” from the Virgin Mary to a domestic abuse victim from the same base. One of the photos from that set was actually used as a cover story once and the reporter thought my mannequin was a real person.

http://none.com
I'm Katie Cusack and I've moved far too many times to know where I come from, making me endlessly interested in the cultures and languages of the world. I am graduating from SUNY New Paltz in December 2015. 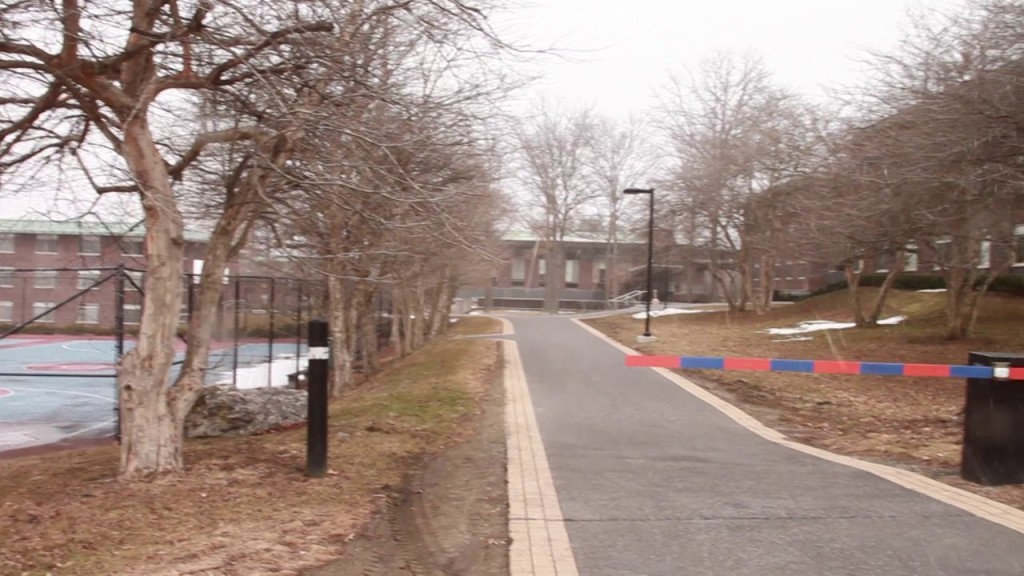