By Karl Evers-Hillstrom and Nathaniel Sheidlower

“Sit on the left or in the middle for the best view.”

These instructions came from the SUNY New Paltz Parker Theater usher on March 10 as the tiny venue filled up for a matinee. However, they were given in a much calmer and less urgent tone than the commands given everyday to the people depicted in said matinee titled The Veterans Project: Leaving Theatre.

Named for the act of veterans coming home form their “theatre” of conflict, the play used intense sound effects, slow-motion acting, and audience interaction to present some of the very real problems veterans face upon their return and open up a much needed discussion.

Director Fay Simpson and the cast, both veteran and civilian actors and actresses, gathered the material for the script through many interviews with veterans. They chose the most common and most compelling scenes to act out.

After a few reenactments of moments of struggle, the main character, Iraq veteran Alice Cheng, played by Hwalan Shub, stands in front of a line of saluting soldiers and raises a gun to her temple.

The play was stopped.

Simpson walked out on stage and engaged with the audience, asking what could have been done differently to prevent this outcome and the discussion was sparked.

Members from the audience engaged with in-character actors, telling their opinion of how Cheng should have been treated. Eventually, the plays metamorphosis into an educational discussion on veterans’ issues was complete.

Although the play was fictional, the issues portrayed by the characters are very real problems veterans face every day.

All photos by Keady Sullivan 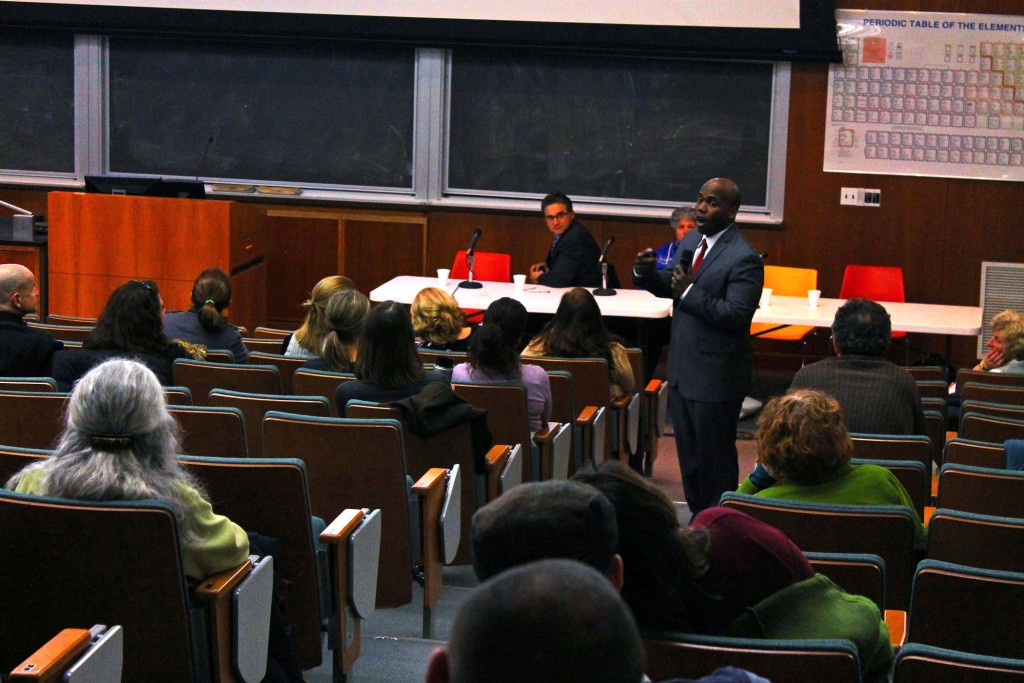