This article was first published in The New Paltz Oracle.

Over 100 athletes with disabilities were greeted with a warm welcome at SUNY New Paltz, as they were all given the opportunity to be the stars of the basketball court.

Athletes from New Paltz’s sports teams, coaches and families gathered in the Athletic and Wellness Center to support the participants in the fifth-annual Special Olympics Unified Basketball Tournament.

This year’s event, hosted by the Student-Athlete Advisory Committee, featured 12 teams. The games were held in Elting Gym and the Hawk Center.

Participants were divided into teams and sent off to the courts, where families and athletes cheered them on. Each team played four eight minute quarters, with players hoping to earn a gold, silver or bronze medal.

It’s like a community, and with all of the teams participating, it makes it great to be a part of something that ripples out.” – Stacey Orzell

Project Unify aims to increase athletic and leadership opportunities for students with and without intellectual disabilities, while creating communities of acceptance for all.

Stacey Orzell, who coached the Thunderbolts teams that participated in the day-long event, came out with her husband Bryan to support their sons Eric and Jay.

“We’re especially grateful for today being a unified opportunity,” she said. “It’s like a community, and with all of the teams participating, it makes it great to be a part of something that ripples out.”

New Paltz varsity athletes volunteered as referees and manned the merchandise and snack tables at the event.  Third-year men’s basketball guard Paddy Parr was a referee for his first time participating in the Unified Special Olympics tournament.

“It’s nice to help out for the community,” Parr said. “It’s good to help out the people and support the athletes. I’ve never been a part of something like this, so it’s always nice to go out and be able to make a difference.”

This is the fifth time student athletes have been paired with the Special Olympians, a concept promoted by Project Unify.

I’ve never been a part of something like this, so it’s always nice to go out and be able to make a difference.” -Paddy Parr

The parents noted a special memory of their 10-year-old son Eric, who is diagnosed with autism, as the event began.

“Eric woke up that morning determined to score a basket,” Orzell said. “He played a game last week at Marist College and felt upset that he didn’t score. His mindset was ‘They’re going to pass me the ball and I’m going to score,’ and during the morning pairing he scored his first basket. As a mom, I can go home today knowing that Eric scored a basket.”

Brendon Keese, 30, who played in the Special Olympics with the Ulster Tigers team, mentioned that the high fives, smiles and cheers from the crowd and team benches had a special meaning to the players.

“My favorite part of the event is playing with all of these athletes and having a good time,” Keese said after his final game of the day. “All the friends and family members here have made this event what it’s supposed to be.”

All the friends and family members here have made this event what it’s supposed to be.” – Brendon Keese

Brian Orzell, who also attended the Special Olympics event hosted by SAAC for the first time, thought the encouragement and the success of the athletes made the event enjoyable for everyone involved.

”What I picked up right away is that it’s an opportunity to do things that normally people with disabilities may not be able to do,” Orzell said. ”They’re encouraged to play on a team. To see all of the other athletes succeed in this event is great to see.”

My name is Anthony Mitthauer-Orza and I’m from Long Beach, New York. I’m a double major in journalism and public relations and aspire to be a sports reporter.

Why Should a Man Care about Planned Parenthood?

Thu May 4 , 2017
Article written by Jozen Cummings Originally published by GQ Packaged by Katelyn Cordero Photos taken by Katelyn Cordero The organization is under attack when it’s needed the most. Fifteen years ago as a college sophomore, I walked into the Planned Parenthood clinic on 16th St. in Washington, D.C. with my […] 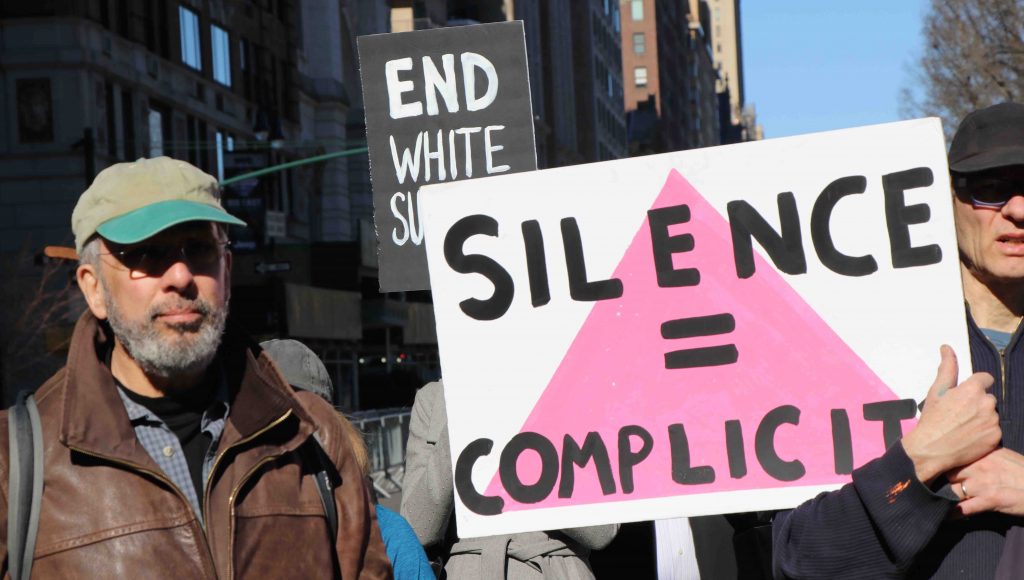