One year after plans for a student apartment complex in New Paltz failed, college officials have struggled to develop a concrete plan to meet the growing demand for housing that students desire.

Michele Halstead and David Eaton, two senior vice presidents for the State University of New York at New Paltz, both indicated that the college administration is aware of the ongoing housing shortage on campus, which often leads to three students being forced into rooms designed for only two. The two administrators, who answer directly to college President Donald Christian, both had mixed statements in regards to the college’s continued  efforts to construct an alternative to the failed Park Point apartment complex. First announced by President Christian in 2011, Park Point was a proposed 700-unit apartment complex for the college. The apartments, which would have housed both students and faculty, were to be constructed on vacant land owned by the New Paltz Foundation just south of the campus. The project was pitched in partnership with Wilmorite, a private developer based out of Rochester, N.Y. that constructed a similar style complex for the Rochester Institute of Technology.

The plans quickly came under scrutiny by students and town residents. Common concerns over the project included reports of potentially hazardous environmental impact, traffic congestion along Route 32 and a potential tax increase for the town and village. The New Paltz town board ultimately sided with those concerns and voted to kill the project after Wilmorite continued to demand a decade of tax breaks.

The death of Park Point was a major blow to the college, who vigorously defended the project as a necessity for the institution to remain competitive. Now, college administrative officials remain skeptical over whether there is enough incentive to proceed with this new style of housing.

Halstead, who serves as the vice president of finance and administration, said many of the
faculty and foundation members who advocated for the Park Point project have left New Paltz for other employment opportunities. With many of those key advocates gone, Halstead argues that much of the motivation for building college apartments within the administration is now missing.

Moving forward with any construction [of an apartment complex] is simply cost-prohibitive for the college.” – Michele Halstead

In addition, the New Paltz Foundation conducted a study at the end of 2015 on the feasibility of a 200-unit apartment complex for New Paltz, which are much smaller than the initial plans proposed for Park Point. The study found that construction costs would have been higher than the initial cost for Park Point. Halstead would not elaborate further on this discrepancy.

“Moving forward with any construction [of an apartment complex] is simply cost-prohibitive for the college,” Halstead said. “It isn’t cheap doing construction in New York, what with the regulations coming out of Albany.”

College apartments and townhomes, which are often lumped together under the term “upperclassmen housing,” is a growing trend at many colleges and universities throughout the past decade. Designed to resemble a standard apartment complex, featuring in-suite kitchens, single bedrooms and recreational amenities, upperclassman housing also offers students and their families security benefits that off-campus housing lacks.

The complexes are generally patrolled around the clock by university police and offer newer amenities than off-campus housing. Rent is charged directly to the students prior to the start of the school year.

This style of housing has become especially popular within the SUNY system. Currently, out of 64 universities and comprehensive colleges in the SUNY system, only three do not offer the option to students: New Paltz, Plattsburgh and Old Westbury. Of these, New Paltz is the largest, with an enrollment of 7,628 students in 2016. Three other colleges with a similar figure – Brockport, Cortland and Oswego – all offer students an option of either apartments or townhomes. As the number of colleges that offer students these options continues to increase, some in the New Paltz administration worry that the college will lose a significant competitive advantage over other schools.

According to Eaton, who serves as the vice president of enrollment management, the college is already struggling to meet the housing demands of  several groups of students, particularly transfer students from other institutions.

“We’re already struggling to meet the demand of the studentswe have, and it’s only going to get harder as we continue to grow,” Eaton said. “I really don’t see a future where New Paltz doesn’t finally give in and construct these apartments that students want. As a college, we can’t allow the town to cover us forever.”

Currently, many New Paltz students who move off campus find themselves in private apartment complexes within the village and town of New Paltz. Southside Terrace and the New Paltz Commons, both of which line the campus perimeters, remain popular with students seeking to move out of the residence halls.

What we need is affordable and proximate housing to the university.” – David Eaton

Relations with the college administration and local landlords remain icy following Park Point. Apartment owners sided with town officials and aggressively fought against the plans as a way to prevent a loss of business. Officials for the college fought back against this claim, arguing that the apartment complexes were running at full occupancy with lengthy waitlists.

With no immediate plans for expanding college housing off campus, college administrators continue to move forward with renovations to existing residence halls. Eaton says he plans to continue pressing President Christian and the New Paltz Foundation on the issue.

“What we need is affordable and proximate housing to the university,” Eaton said. “Students deserve that, and it is our duty as an institution to assist them in receiving it.” 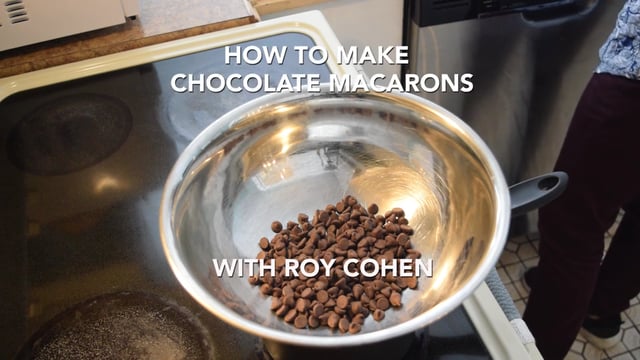