The term “minority” has become an oxymoron, recent census data show. Yet people of color are subjected to institutional racism that keeps them at a disadvantage to whites, according to panelists at a recent forum held at SUNY New Paltz.

By the year 2043, people of color will make up a majority of the United States population for the first time, according to the U.S. Census Bureau.

This demographic shift is already in progress. In December of 2012, for the first time, most babies born in the U.S. were non-white.

“When they grow up they’re going to be mad as hell,” panelist Major Coleman, chair of the department of Black Studies, said. “Why? Because most of our black and Latino school children are still educated in the worst ghettos and barrios that the nation has to offer and they are the future workforce of America.”

Unless policies are enacted to address the effects of racial inequality, they will be compounded and this will lead to inexorable crisis, said Coleman, comparing the United States to a diving submarine with a hole in its side. “At 3,000 feet of pressure, a microscopic hole will destroy the submarine.”

Coleman believes that the way to forestall a crisis is to “institute equality.” He cites well-known policies that “have not been fully implemented due to a lack of political will” like integrating the schools by enforcing Brown v. Board of Education, fair housing laws and opposing employment discrimination.

While some educational institutions, like SUNY New Paltz, have attempted to address inequality by promoting diversity, members of the panel called for these policies to be reviewed.

“I think we need to be a little bit more critical of terms such as diversity,” panelist Josette Ramnani, a fourth-year Political Science major, said.

Panelist Chanel Ward, director of the Scholar’s Mentorship Program, said she believes that the definition of diversity is ambiguous, subjective and euphemistic.

In an institution that promotes diversity, access may be granted to underrepresented minorities but the ability for them to attain high status positions is limited, according to Ward. Instead, she called for a policy of “environmental equity.”

According to Ramnani, the number of black students at SUNY New Paltz has decreased by 50 percent since 2000. She pointed out that communities that strive for diversity may not necessarily promote equity.

Data from the Office of Admissions shows that the percentage of black males enrolled at New Paltz decreased from 2.8 percent in 2001 to just 1.5 percent in 2012.

The total enrollment in the Educational Opportunity Program at New Paltz has declined by 10 percent in the last eight years, according to the Office of Admissions.

While the program was originally designed to exclusively serve students of color, a shift in SUNY policy opened the program up to all students of low socio-economic status, including white students, according to Daniel Lipson, professor of political science.

Lipson believes that the college has a very strong Educational Opportunity Program, but he points out that decreased enrollment of black students is a problem at selective schools like New Paltz across the country. Maple Sugar Season Kicks Off with a Sawing Song 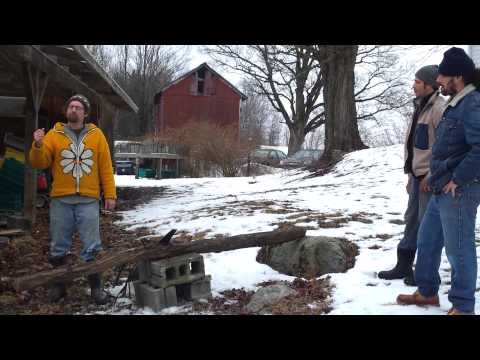