On Nov. 19, students gathered to commemorate the Transgender Day of Remembrance with a night of music and solidarity.

The Transgender Day of Remembrance (TDOR) is celebrated every Nov. 20, and is a worldwide day devoted to the memory of those who have been lost to anti-transgender violence and discrimination. Ryan Cassata, transgender activist and musician, said it is “an extremely important day because of the amount of transgender people who are bullied, harassed, beaten and killed by others or suicide each year.”

Celebrating TDOR was not all serious, though.

New Paltz Pride, in collaboration with students from the New Paltz Music Collective, brought two musicians to campus, to create an upbeat atmosphere in the midst of such a heavy day. The evening was emceed by Jay Tyler, a fourth-year public relations major at SUNY New Paltz.

Tyler, a trans man, reflected on his experience helping coordinate the TDOR, speaking to why it was so significant for him.

“It opens your eyes and makes you realize how fortunate you are to be in a supportive environment,” he said. “People don’t really understand that there are unaccepting environments, and that’s not their fault. It’s just nice to have the support of so many.”

Tyler’s mother and cousin attended the event in support of him and the transgender community. He said that his favorite part was waiting for his mom to arrive because she was going to be late, and everyone said they could wait for her, and then just started chanting [her name].

The supportive, communal atmosphere continued throughout the evening of music.

The first performance was June Cahill, a fifth-year English major, also known as Flower Housewife. She opened for Cassata, a nationally-renowned transgender musician and activist hailing from Bay Shore, New York. He now lives in San Francisco, a historical and thriving queer and trans city.

Following his performance, Ryan did a meet and greet with those in attendance.

Cassata has become a known presence in the transgender and queer community. At the event, he recalled seeing some friends he knew from childhood and all the way through high school. He described the New Paltz community as “very welcoming.”

For Cahill, she said the best part of the event was seeing the amount of supportive people who came out and cared.

Following the musical acts, Tyler introduced the memorial part of the event, leading volunteers in reading the 87 documented names of transgender victims of violence in the year 2015 alone.

Each person was given an electric candle, and all the lights in Lecture Center Room 100 were turned down to commence a few moments of silence while the names were read by members of New Paltz Pride, as well as Tyler’s brothers from Alpha Epsilon Pi Fraternity.

“It was really nice [having my brothers there], because I was very nervous beforehand, so having them there meant the world,” he said.

By-standing allies felt the weight of the evening as well.

“The most empowering moment for me was the reading of the list of trans lives lost to ignorance, transphobia and violence,” Max Jansen, co-president of New Paltz Pride, the campus’ primary LGBTQ+ community organization said. “Hearing those names read in the dark, with only the dim lighting of the candles really draws focuses to each person’s name on the list. It physically and emotionally highlights each trans person’s name and the injustice of it all.”

Cassata also did a meet and greet with students following his performance. Many who met him had noted that they were so inspired by him and his story, and it was hard not to be inspired and amazed after such an incredible show.

The volunteers, organizations, performers and students alike made the event a huge success, and spoke to the rally of support around transgender students in confronting and remembering a history of violence that stretches far back into LGBTQ+ history, before and during the time of Silvia Rivera and Marsha P. Johnson, the two trans women of color who initiated the Stonewall Riots in 1969.

The TDOR marked the darker side of existing as a transgender person in today’s society; the one that women of power and privilege such as Caitlyn Jenner don’t show us. There is violence, aggression and a lack of understanding of trans people that haunts our notion of gender, which diffuses Caitlyn Jenner’s idea that “the hardest part about being a woman is figuring out what to wear.”  Many have become annoyed by Jenner’s presence of privilege in the transgender community, because she has access to many platforms and means of existing while trans that is still not available to many.
“We need to spread as much awareness and education of the transgender community so we can gain more acceptance in the world and stop the hate,” Cassata said.

Mon Dec 14 , 2015
Three flights of spiral stairs lead to Delaney Taliaferro’s apartment in Kingston. A walk-in closet faces the entryway, its door swinging into the kitchen adjacent. Blazers, blouses and dresses hang color coordinated; high heels and work boots line the floor and walls. A sewing machine is tucked into the corner […] 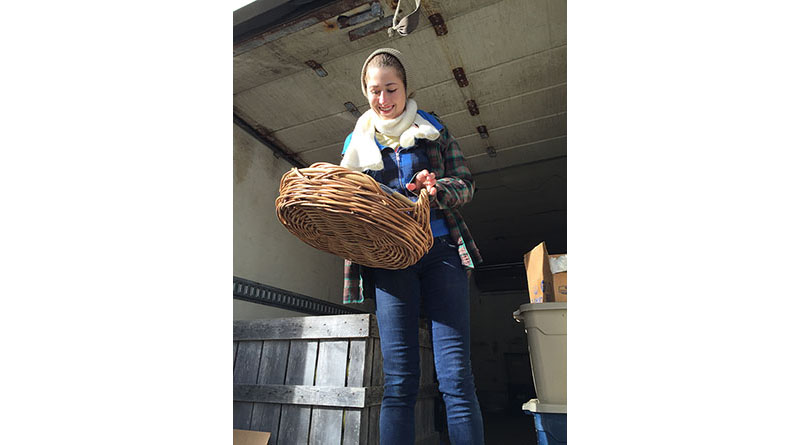