Every person is connected to the environment through the eel, according to science education specialist Chris Bowser.

Bowser addressed the significance of maintaining the eel population in the Hudson River and urged volunteers to assist in the cause to save eels during a lecture on Feb. 14.

Bowser, also the education coordinator for the Hudson River National Estuarine Research Reserve, explained how over 500 volunteers in the Hudson Valley help release baby eels, or “glass eels,” into the Hudson River each spring.

In his lecture, Bowser discussed how most people have a closer relationship with the eel than they’re aware of. Many people commonly eat freshwater eels, or unagi, at sushi restaurants.

“You can’t get much more intimate than eating something.” said Bowser, “It’s in you now,” drawing laughter from the audience.

Every American or European eel is born in the Sargasso Sea, just north of Puerto Rico, according to Bowser. These eels travel all around Europe and North America, and eventually make their way back to the Sargasso Sea.

However, the eel population is slowly decreasing. The decrease began in the early 2000’s, most notably between 2000 and 2004.

According to Bowser, the eel population has died off because of habitat and climate change, pollution, over-fishing and dams, among other factors.

Since 2008, experts and volunteers from the Hudson Valley region have spread out between New York City and Troy each spring and have successfully caught and released over 100,000 glass eels.

“It’s born in the ocean, it arrives in estuaries, it swims up into streams,” said Bowser. “It physically connects our entire environment in it’s life.”

Bowser encouraged people to volunteer by citing great co-workers, a wide range of habitats and a direct conservation need.

“You can bring the eel back.”

It's Great to be a Kid at SUNY New Paltz

Thu Apr 11 , 2013
The “It’s Great to be a Kid,” event was held on Wednesday, March 13 on the SUNY New Paltz campus. Children of all ages joined residents of Bliss Hall for an afternoon of games, snacks and juice boxes. The event was organized by fourth-year Renée DeLisser, and Elizabeth Munz, assistant […] 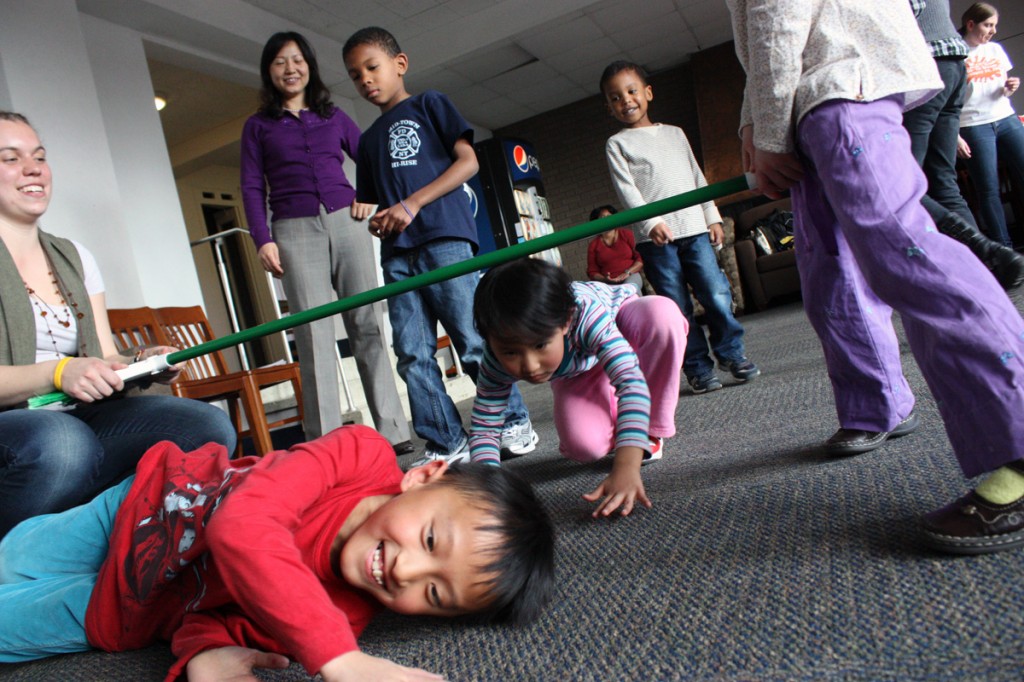