Claire Papell, 22, usually spends the summer resting her eyes, clearing her mind, and recharging for another busy year at college.

This year, she dedicated eight weeks to intensive research on advocacy for transgender children.

It was no holiday.

“I expected to work really hard and I did!” she exclaimed.

Papell, a fourth-year women’s studies major at the State University of New York (SUNY) at New Paltz, is one of 13 students accepted into the college’s Summer Undergraduate Research Experience program (SURE). Participants are supervised by a faculty mentor while working at least 35 hours per week on an aspect of the faculty’s research.

It was one of Papell’s professors who first suggested she apply for the program.

She said Dr. Karl Bryant, professor of sociology and women’s studies at New Paltz, had been investigating gender nonconformity in children and the emerging ideas about transgender childhood.

Papell said, “I thought it was fascinating research and I was certainly excited to have the opportunity to work with him.”

Papell received a $2,800 stipend for the summer project, and mixed responses from friends and family.

“Everyone was really proud of me that I was accepted and doing this program but the topic per se was not as well received,” she said. “Not that people were necessarily overtly critical but…it was definitely something they had trouble wrapping their minds around.”

For two months, she collected and coded data from organizations advocating for gender nonconforming children.

“There is an enormous amount of repression and injustice for people who do not fit into these normative masculine and feminine types,” Papell said. “Transgender childhood is part of this new wave of affirmative discourses for gender nonconforming children. There are very few advocacy organizations out there.”

Through her research, Papell found that traditional ideas of adulthood and childhood are a key influence shaping how cross-gender children are defined.

She will present her paper at the Pacific Sociological Association’s (PSA) annual meeting in Seattle, Wash., slated for March 10-13, 2011.

Papell and Bryant have also been awarded funds of up to $750 from SURE to assist with the travel costs and conference fees.

SURE Director Maureen Morrow said it’s empowering for students to present their research in a professional environment.

She said, “I want to go to the conferences with them to see how amazingly they perform because so many times they say, ‘People thought I was a graduate student!’”

Morrow said she can’t be given much credit for their achievements.

“I do some workshops during the summer to help students prepare for writing their abstracts and doing their presentations.”

In fact, it was Morrow and a team of faculty who initially pushed for the college to offer programs like SURE.

The pilot in 2004 saw five students doing laboratory-style work during the summer. Now more than a dozen students conduct research in fields as diverse as philosophy, psychology, electrical engineering, and art.

“If [the college] is aiming to raise standards and attract students of very high caliber, these sorts of programs are attractive,” Morrow said.

Papell too, speaks highly of its benefits.

“I would absolutely recommend the program to other students,” Papell said. “It provides an invaluable experience and puts you ahead, especially if you plan to go to grad school.”

She said she definitely feels like a stronger student this semester. Indeed, Papell looked refreshed, focused and ready.

“It’s just a part of this time now where my academic opportunities are really exploding,” she added.

She plans to continue her research this semester.

Thu Oct 28 , 2010
Though campaign signs strew local intersections and commercials run rampant on television, a majority of SUNY New Paltz students have no idea who is running for high public office in today’s election. In a recent sample of 60 New Paltz students, 68 percent could not name a candidate currently running […] 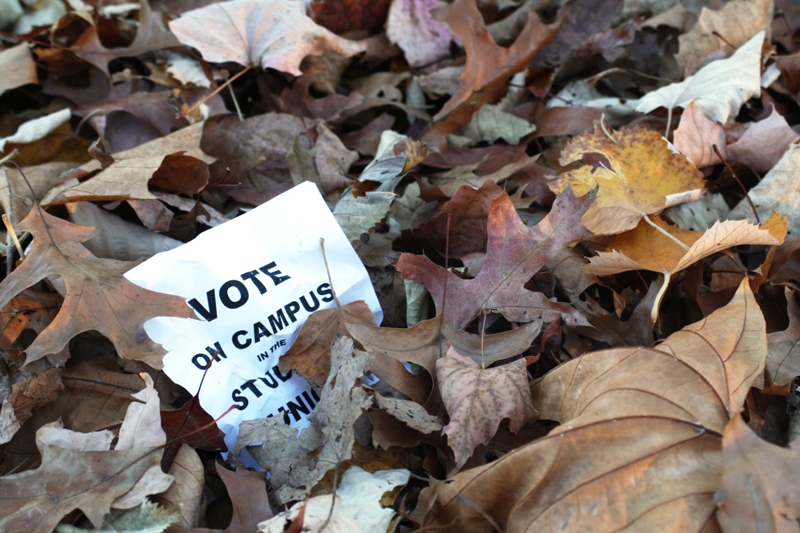