NEW PALTZ — The message of life was translated to SUNY New Paltz students through the voice of a Holocaust survivor Wednesday afternoon, April 15. Elemir Frid, who speaks fluent Russian but doesn’t know English, didn’t speak about his experience in the Holocaust until he moved to the United States in 1991. Through shaky hands and tear-swelled eyes he recalls his time in the ghettos and at Auschwitz during World War II. Frid’s daughter, Rita Skibinsky, showed up to translate and support him along with his granddaughter, SUNY New Paltz junior Shayna Skibinsky. Frid’s wife was also in attendance.

According to Shayna Skibinsky, Frid’s goal is to educate young people and have them understand the value of life. “This [the Holocaust] teaches us to know how fragile life is and even though in the news people die every day, however it probably started then and escalated,” Frid said. “It’s up to young people to stop it.” Frid began his story so that students could put a real person to their understanding of the Holocaust. Frid recalled his life as a child, the youngest of eight boys, and one of 11 children who grew up in a small town in Hungary. In 1944, when he was 16 years old, Frid was taken along with the rest of his family who hadn’t been drafted in the Hungarian army, to a ghetto, and then one month later to Auschwitz death camp. Frid recalled the three selection lines — one for women, one for the sick, the old, and children, and one for men.

In Auschwitz, Frid lost his entire family except for one of his brothers, who he found in the right line. According to Frid he only survived and found his brother on accident. “I was sent to the middle line because I was skinny but went to the right line instead and I survived by chance,” Frid said. Frid grabbed his daughters hand as his eyes swelled with tears remembering who he lost. After a moment, Rita Skibinsky spoke for her father about his first few days after Auschwitz. She gave a recollection of the events he recanted to her until his hands went up and he continued. Frid spent the rest of his concentration camp experience at Walldorf and Dachau. According to Frid, a strange relationship developed between him and one of the Nazi soldiers. The soldier told Frid that he reminded him of his brother and that he never wanted to be a part of World War II. “I was very hungry and he would give me crumbs secretly,” Frid said. “If we were working he would keep the other guards from touching me.” According to Frid, it was only a few weeks later that his brother died and he would become the only surviving sibling from Auschwitz.

Frid spent four years in the ghetto, Auschwitz death camp, and the Walldorf and Dachau concentration camps before he was liberated and able to reunite with his four older brothers, who were what he called “slaves in the Hungarian army.” Rita Skibinsky recalls the first time her father told her his story about when he encountered his first American soldier. “My father said, ‘he looked like God to me,’” Skibinsky said. Frid remembered a man falling down near him while he was afraid for the tanks coming in his direction and then one tank stopped. A man got out and picked up the famished man saying, “You’re free. You’re free. You’re free.” Frid was liberated when he was 20 years old and he joined the Russian army until the war was over. He later married, received an education, and had two beautiful daughters. His surviving brothers all moved to Israel to raise their families while Frid chose to move to the United States.

“America is a unique country where all minorities can live together,” Frid said.

Frid and his family emphasized that forgiveness is a very difficult concept. Though Frid does not blame the people today, he is working on forgiving the nation for what they did to him. Frid said he speaks about his story now because he wants people to speak up for others in return.

Tue Apr 28 , 2015
By Lisa Di Venuta Suzanne Giller Federman was born in France in 1941, right as World War II was beginning to turn her family’s life upside down. She joked to the audience, “I always asked my mother why she thought that was a good idea.” Federman and her husband Henri […] 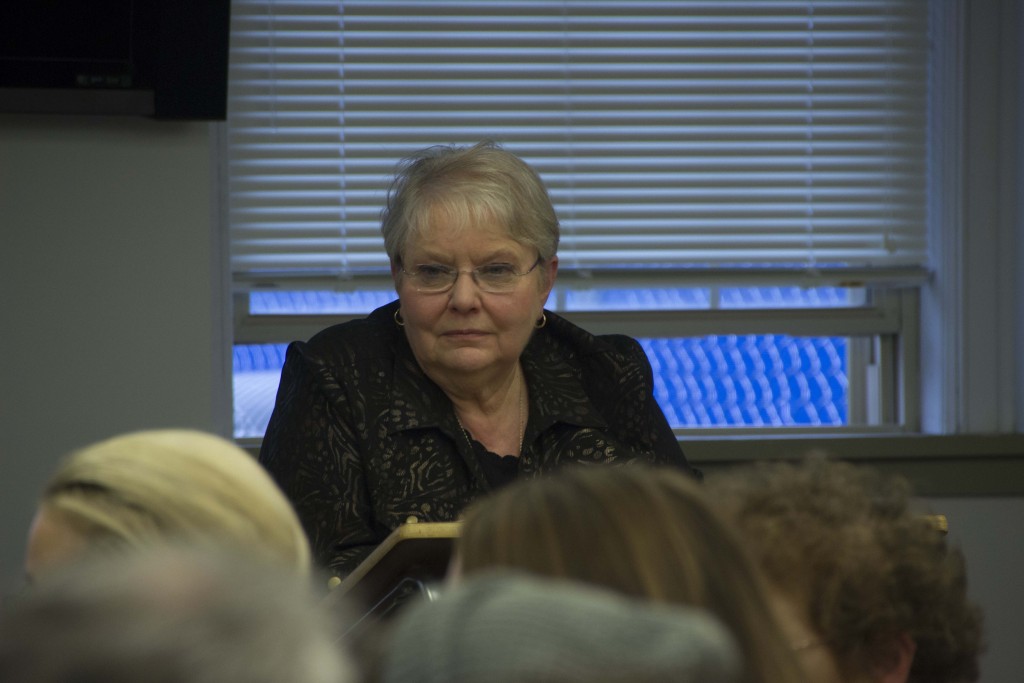