Bacchus, a restaurant, bar, and billiard in the town of New Paltz, opened in 1974 and was named after the Roman God of Wine. Before Bacchus became what it is today, it went through a variety of changes ranging from a barbershop to a pornographic photography studio. It is now making the transition into a brewery.

Although Bacchus just started producing their own beer last summer, they have already created a name for themselves. With more than 400 bottled beers on the menu along with a rotating draft list including top-notch craft beers, Bacchus’s reputation brings in people from all over craving a taste for the malty and hoppy qualities beer has to offer.

“We’ve got 400 or so beers from all around the world, so we are trying hard to make ours stand out in the face of that kind of competition,” says Michael Renganeschi, a brewer at Bacchus. Jason Synan, manager and bartender at the restaurant, works diligently alongside Renganeschi every week to create a new beer bursting with different flavors. With an extensive knowledge of beer and the process that is required to brew it, Jason and Mike produce beers ranging from dark chocolately stouts to fruity hoppy IPA’s. “Mike and I started brewing together around three years ago, on his front patio. At the time we had no real goal in mind other than to make the type of beer that we wanted to drink, and to have some fun doing it,” says Synan. Around two years ago when the owners of Bacchus, Linda and Wayne Bradford, asked Synan if he wanted to start a brewery at the restaurant, he was more then happy to say yes.

What started as an experiment just for fun has snowballed into a whole new project that is still evolving. They now have six fermenting tanks and a 90-gallon brewing system. They receive a delivery of 1500 pounds of grain each month, which they are quickly outgrowing. “We have also been collecting wine barrels and whiskey barrels from local vineyards and distilleries,” Mike says. They are currently fermenting beer in wine barrels from the Whitecliff Vineyard in Gardiner as well as in whiskey barrels from Tuthilltown Spirits in the Hudson Valley.

The pair is currently working on an American Farmhouse style series that they brew with different fruits and spices. “Jason and Mike have killer minds for flavor,” says Kyle Miller, New Paltz resident and Bacchus regular. “I am always willing to try anything they make.” A beer that was recently on draft was the Kamehameha, a brettanomyces white IPA fermented with Hawaiian Pineapples. Another was the Proletariat, a robust

With every beer that is made, a new and unique flavor is introduced. “I like the way they tend to infuse ingredients that are unexpected into their beer. Anybody can make a porter or stout or saison or whatever you want to do but not everybody is going to do one with coffee or cherries or pineapple,” Miller remarks.

With the craft beer industry on the rise, more and more people have become interested in drinking quality beer, even more so if is made locally. According to the brewersassociation.org, as of March 2013 there have been 409 brewery openings in 2012. The Beer Institute analysis demonstrates that there is now a record-high of 3,699 active “permitted breweries” in the United States. The Hudson Valley in particular is known for its vibrant craft beer scene; therefore Bacchus must set themselves apart from what everyone else is doing. “We are trying to make beer that will stand out from other places, which given how many good breweries there are around here is sometimes very difficult,” states Renganeschi. “We’re lucky in that we are a very small brewery and can take some serious risks in making our beer.”

These risks seem to be paying off. A lot of people who might not have made it up to Bacchus or New Paltz are now coming to check out what the two are doing. “The path towards opening a brewing company is an elaborate hedge maze, but it is one we created for ourselves and don’t mind being stuck in,” Synan states. What Bacchus also has that other breweries in the area do not is that they are already a craft beer destination for many people. “We don’t have to worry about elbowing our way into the market, we ARE the market,” Jason exclaims. This gives them the chance to really focus on being creative and taking risks that other breweries do not have the opportunity to do.

Although the restaurant is becoming recognized more and more for their excellent home-brewed beer, Jason and Mike do not want to become a regional brewing company. “Our goal is to celebrate and support Hudson Valley agriculture and business, collaborating with as many local farms and breweries and distilleries as possible,” says Synan. With all of the unique, mouthwatering styles of beer that have been introduced thus far, Bacchus’s reputation as a brewery will only continue to grow.

Tue Feb 25 , 2014
The SUNY Board of Trustees resolution to make all SUNY campuses tobacco-free in 2014 failed to pass through the New York Legislature during the 2013 legislative session. SUNY campuses, including New Paltz, have been preparing for a complete ban since the Board’s resolution was made in 2012. How to effectively […] 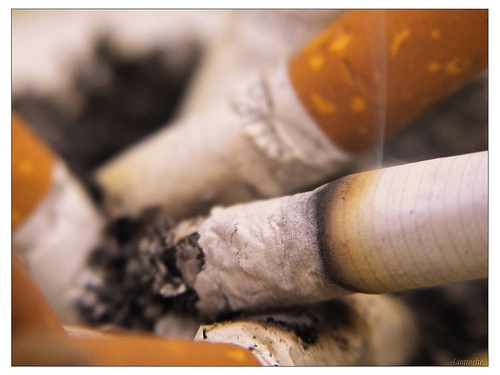