Battle lines have been drawn.  New York has entered the final phase of the siting process to determine where in the Catskill/ Hudson Valley Region the next casino will be authorized.

Residents from all corners of the region, even some from outside, attended the public comment event last month in Poughkeepsie to discuss the best place for a casino with the Gaming Facility Locations Board. The board is tasked with sifting through the region’s nine casino proposals and approving at least one, but a maximum of two.

The greatest source of contention is between Sullivan and Orange Counties. Sullivan proponents argue that the legislation was designed for them.  They have been promised casinos in the past to revitalize their once-booming tourism economy.

“We were once again slapped in the face with all the late-to-the-game players making their pitches,” Sullivan County resident Tom Wasserman said on the addition of Orange County to the list of casino-eligible counties. “As you probably know, the casino carrot has been dangled in front of us in Sullivan County for over 40 years.”

“When you consider the density of the poverty in that 20-mile square radius the number of people…never mind the percentage, but the sheer number of people that really need to have help, there is no place else in this region that needs it like this city does,” said City of Newburgh Mayor Judy Kennedy, citing a range of infrastructure problems, using statistics to make her case that Newburgh was in worse shape than Sullivan County.

Kennedy, like most supporters of a Newburgh, New Windsor, or Montgomery casino, believes that Sullivan County deserves a casino, and that the two areas would complement each other.

Southern Orange County is more of a mixed bag. The bids there have a strong potential for immense revenue given their proximity to New York City and their location on the New York State Thruway.  However, there has been strong opposition within the communities in the area.  Sullivan and northern Orange residents assert a casino that far south would cut off Sullivan County from New York City tourists.

Attendee Dan Gladden highlighted the lack of community support as a factor that must be considered in the board’s decision, stating there are other areas with unanimous casino support. Gladden then read off U.S. Census Bureau data placing the economics of Tuxedo well above Sullivan or Ulster County.

“Tuxedo’s income is more than double Sullivan’s and is 66 percent higher than Ulster’s,” Gladden said.

Residents within this community don’t feel the area is in need in comparison to other areas, and fear the effects development will have on the local nature preserves.

Attendee Joan Cerrone said Tuxedo is worth revitalizing; when the high-income area of Tuxedo Park is removed from the equation, Tuxedo will have income on par with the rest of the county, but he has environmental concerns.

“It is important also to say that $30 million has been pledged for parklands as well as to address any concerns for land preservation,” Cerrone said.

The decision of where to site the casinos is in the hands of the board and is slated to be made in “early fall,” according to the New York State Gaming Commission’s website. Residents will have to be patient and see if their voices have made an impact.

Which county deserves a casino most?
Can an Orange County and Sullivan County casino co-exist?

Mon Oct 20 , 2014
Locals from the village of Saugerties, New York and surrounding areas were brought to the 49th annual Mum Festival on Oct. 5 to celebrate this local tradition. The Mum Festival has been held in Seamon Park in Saugerties since 1965. When the space first opened to the public in 1910, […] 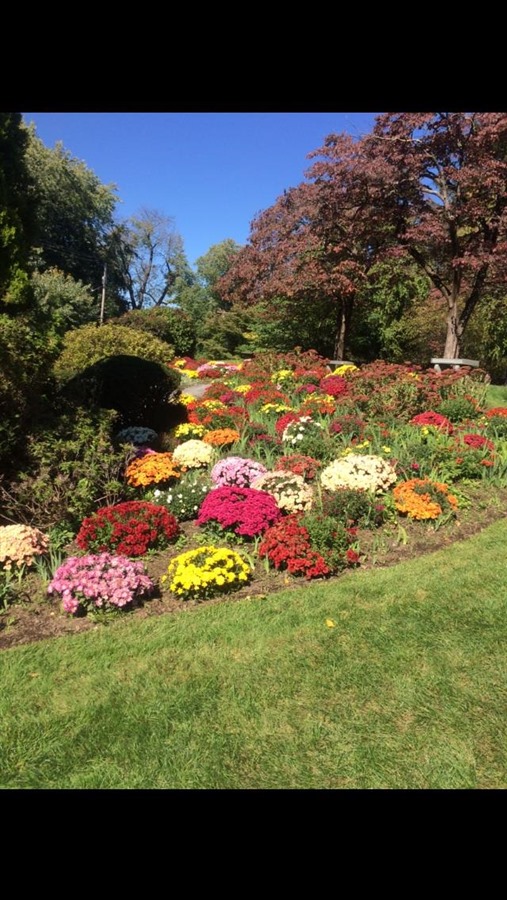