Influenced by the social-media driven uprisings in Egypt and Iran, Occupy Wall Street is a revolutionary resistance movement that has received widespread attention and sparked Occupy movements throughout the country and the rest of the world. Here in New Paltz, social media has influenced the creation of Occupy Hudson Valley to demand change.

Within the first few days of the launch of Occupy Wall Street, 46-year-old local farmer/activist, Billiam Van Roestenberg of Tilson was inspired to create Occupy Hudson Valley by the increasing number of posts by his Facebook friends regarding the matter. “I was inspired to do something for the Hudson Valley because a lot of people at this point can’t afford to go into New York City or have the time,” said Van Roestenberg. “With word of mouth, e-mail and social media, it’s going to be a totally new revolution.”

With social media platforms such as Facebook, Twitter, and Tumblr, one can quickly and easily share simple ideas, images and messages with the world. Occupiers and spectators alike are using the Twitter hashtag #OccupyWallStreet to distribute street reporting and news articles, photos, videos and links. Participants have been acting as citizen journalists, uploading their own footage to other social media platforms such as YouTube and LiveStream.

Van Roestenberg believes that Facebook is very powerful for this movement.

“We are using it as a platform to disseminate information, share ideas and thoughts, and (air) our grievances,” said Van Roestenberg. “More than ever before, people can easily donate or just click send or share. We haven’t had that in the past and 10 years ago it was unthinkable, but now it’s really different.” According to Van Roestenberg, within the few short weeks of creating the Facebook page for Occupy Wall Street Hudson Valley, more than 1,000 people have “liked” the page. The small yet progressive community of New Paltz and other neighboring towns have joined Occupy Hudson Valley in an effort to organize and come together as a collective.

“My whole idea of organizing is that we’re going to fight fire with fire,” said Van Roestenberg. “We have to fight corporations so what are we going to do? We are going to act like corporations, come up with crisp and clean ad slogans and move forward in beating them at their own game.”

Van Roestenberg states that these non-violent protests involve men and women from different races, backgrounds and political and religious beliefs, who as a whole represent the 99 percent. Their ultimate goal is to end the corruption and corporate greed of the wealthy 1 percent of America, but the list of grievances is as long as it is varied. “It intrigued me that it wasn’t just one particular group of people with one agenda,” said Van Roestenberg. “It is many different types of people and there are a lot of problems right now that we need to solve.”

As the public remains outraged, Adam Pratt, 20, of Poughkeepsie, believes that the Occupy movement is a chance for people to rise up and represent direct democracy.

“People are fed up and haven’t been raising their voices and acting in solidarity since the 60s,” Pratt said. “This is direct democracy where people can state their opinions and have their voices be heard, so our voices can be heard.”

Van Roestenberg says he doesn’t believe that this is an easy fix, nor will anything happen overnight. However he has hope that it will continue to grow and create an impact on society. “This is a stable society, relatively speaking, but it is making people, specifically politicians, more aware,” Van Roestenberg said. “It’s given hope to a lot of people that have lost hope or never thought that this would happen in their lifetime. I’m 46 years old and I didn’t even think that it would happen in my lifetime. Now it’s a reality.”

“There is going to be lots of little steps that are going to make a great impact when they all come together,” said Van Roestenberg. “We are completely cross pollinating and networking with one another. I’ve never seen so many energized people coming together to make a change in this country.” Occupy Wall Street, Occupy Hudson Valley and other Occupy movements are here to stay. It will take time to implement change. However, the determination and passion from concerned citizens will continue to further this movement.

“It is another wonderful thing about this movement; it is not just a one day event, it’s everyday and we’re going to be in your face,” said Van Roestenberg. “We are not invisible, it is not just theory, but we are your neighbors and businesses in the community, we are the 99 percent.”

“So you feel Moved? What to do next”

917-524-7311, to talk to an Occupy Wall Street community affairs representative

Weekly Cynicisms: The Deterioration of Our Culture

Thu Nov 3 , 2011
I have always wished I lived in an earlier time. The 20s would be great for jazz and dancing and widespread wealth– alcohol would also be more fun because of its illegality. But the 40s would be elegant and classy. I would wear the waist-cinching, curve-accentuating dresses and skirts of […] 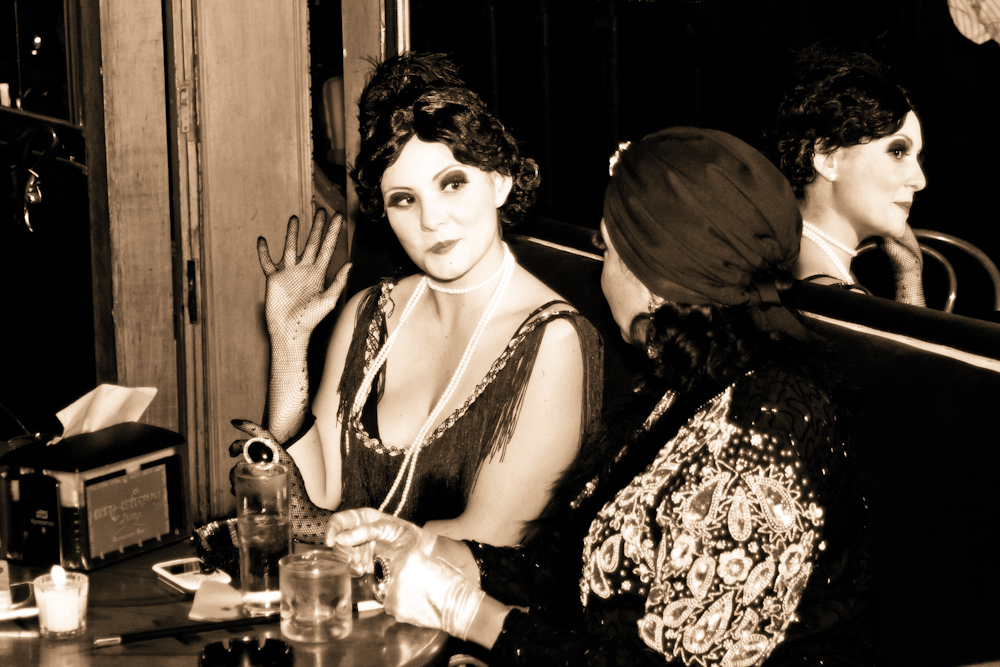