Students studying journalism at SUNY New Paltz have the opportunity this semester to investigate the relationship between society and disease with the help of an award-winning journalist.

During her time at the New Paltz campus, Shah is teaching a weekly seminar focused on the impact of Lyme Disease on the mid-Hudson region, which has among the highest rates of the tick-borne illness in the country.

The course is a collaborative and project-based class in which students study environmental factors, the history of the disease and its economic impact on the region.

“It’s been really interesting to see our attitudes as a class evolve;” Shah said, “to dig beneath the surface [and] find it is this very cryptic disease that has a pretty serious burden, especially in the New York area.”

The James H. Ottaway professorship was created in honor of the founder of Ottaway Newspapers Inc. — now Local Media Group, Inc.Shah will deliver a public talk on April 1 for the New Paltz community titled “The Fever: How Malaria has Ruled Humankind for 500,000 years” — also the title of her most recent book — on the New Paltz campus.

New Paltz journalism professor Lisa Phillips, who heads the committee of faculty members that selects the visiting professor each year, said the group looks for journalists who bring a different perspective than those in the past. Shah, she says, does just that.

“Sonia Shah’s unique expertise as a science journalist is a welcome addition to our curriculum this semester,” Phillips said. “But she’s more than just a science journalist — she sees science and health issues through the lens of human rights, economic inequality and global politics.”

Phillips said she and Shah attended Oberlin College during the same period.Shah studied philosophy, journalism and neuroscience while attending Oberlin, which allowed her to develop her comprehensive approach to science writing. After graduating with her bachelor’s degree, Shah worked as a magazine and book editor before becoming a full-time freelance writer in 2000 at which point she turned her focus toward issues of science, medicine and their relationship with society.

Her interest in society’s relationship with illness was sparked well before the career switch. Shah, who was born to two immigrant doctors, spent a great deal of time in Mumbai, India visiting her extended family while growing up. During her time there, she encountered extreme poverty at a young age, and was struck by the disparity in opportunities for the poor.

“I could tell it had something to do with health,” she said. “I remember seeing kids begging who clearly had horrible infections that were preventable and yet there they were on the street begging for money and not getting treated and there I was being able to take malaria medications so I wouldn’t get sick.

“I think when you get confused like that when you’re little, it tends to stick with you,” Shah added.

on emerging diseases, expected to be released in 2015. Her interest in the topic was sparked after an outbreak of cholera swept Haiti following a devastating earthquake in 2010.

On deciding what her next undertaking will be, Shah said, “It’s a combination of previous work and new developments; you wait and see what happens in the world that catches you.”

Last summer, she delivered a presentation for the TED organization — a nonprofit educational group that features speakers with innovative ideas in a variety of fields — on her malaria research that has since been viewed by nearly 850,000 people. While Shah said the ability to reach thousands with her “TED Talk” was an amazing experience, she prefers a more in-depth and involved environment like the one created in her New Paltz class.

According to Shah, a married mother of two, an important reality for people to understand is a phenomenon known as the 10/90 ratio, meaning 90 percent of medical resources are targeted towards diseases affecting just 10 percent of people saying, “that’s a huge problem — we can do a lot better than that.”

Shah said her role as a science journalist is not to offer solutions to the issues she investigates, but rather to make the problem more visible and well understood.

She added, “People believe western medicine has progressed to the point where if there’s some terrible sickness, we think there will be some cure available somewhere, and I think,

(*Republished with permission from The Legislative Gazette, by Kelly Fay)

Who You Gonna Call? Not UPD

Sun Mar 30 , 2014
Many SUNY New Paltz students are unaware that if they call university police off campus, unless it is a direct emergency, they will be referred to town police. The New York State University Police Department (UPD) at SUNY New Paltz has jurisdiction over the college campus, as well […] 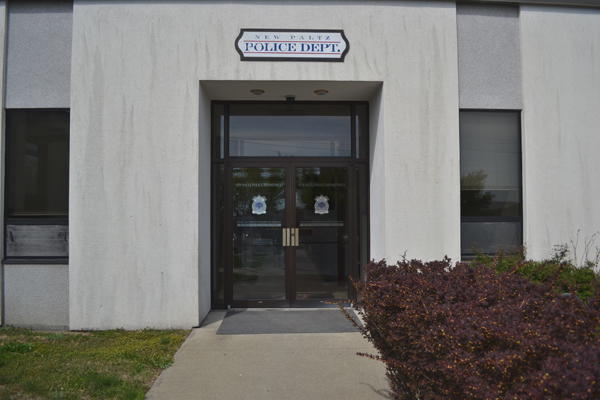