At SUNY New Paltz, the honors program is the place for great minds to develop and explore new intellectual territory. Students in the program can either enter from high school or apply while enrolled in college. They must complete four seminars and in their senior year create, write and present their own thesis.

On Thursday, May 2, the honor’s center held its last student thesis presentation event. Three women, Kathryn Miecznikowski, Stephanie Brynes and Kate Montelione presented on three very different topics that summed up their undergraduate careers and their individual passions through academics.

Miecznikowski’s thesis proved that thesis work isn’t all noses buried in ancient archives. The art education and journalism double major drew inspiration from her love of art which she paired with the written work she created during an independent study with Dr. Howard Good. Her presentation, called “A Year of Fend Shui,” was comprised of 12 narratives that described different aspects of her fourth year in college. One described moving into an apartment with a lunatic boyfriend while another tackled a tired love story with a long-time boyfriend.

The text was edited in Photoshop over watercolor paintings done by Miecnikowski. In a black ruffled pencil skirt and royal blue top, she looked the part of either journalist or hip new artist. “My stories touched on love, change and the balance of personal and professional relationships,” she said.

The second presentation was given by Brynes who looked like she would fit right into a European café in her bright red blazer with bejeweled buttons. Brynes’ presentation, called, “A Study of L’Occupation and its Translation The Possession,” focused on the art of translation, more specifically, the question, “Why do we translate?” the center of her research and analysis.

Brynes focused on the theory of forenization, which is the type of translation of one language to another that stressed to readers that the newly translated text comes from another language. Following this model, a work translated from, say, French to English, wouldn’t take as much care in following the grammatical standards of English so that the integrity of the original language could be somewhat preserved.

Brynes focused on the book “L’Occupation,” a French novel about a woman who becomes obsessed over her husband’s lover. She had originally wanted to translate the entire novel but was ultimately dissuaded by her readers. “Translation is not a perfect art,” Brynes explained, with a smile.

The final of the three was given by Montelione, whose presentation was titled, “Animal Liberation and Feminism.” Taking an unconventional route, Montelione decided to create an entire class based on the topic of ecofeminism and how it relates to vegetarianism and veganism.

Her presentation was her class syllabus. The honors audience learned about hormones in meat, the contradictions between feminism and a vegetarian diet and a slew of facts about big meat companies. One of her major influences for the class was Jonathan Safron Foer’s book “Eating Animals,” which was his look into factory farming and his transition to a vegetarian lifestyle. Besides stating her findings on meat industries, Montelione explained why a vegetarian diet is in fact contradictory to women: it caters to the biologic and metabolic needs of men. “Men do not ovulate, menstruate, birth or lactate,” she explained. “A vegetarian diet doesn’t meet the needs of a woman.”

Each presenter was given a brief introduction by Patricia Sullivan, director of the Honor’s Program. Sullivan also made it a point to snap a few pictures of each student with their families and mentors after each student crossed the honors finish line and the relief was clear in their eyes.

Thu May 16 , 2013
Once upon a time, a sorority was defined as “a society for female students in a university or college, typically for social purposes.” The women who joined these organizations longed for a place to belong on their college campuses and sought to make a positive difference to their communities. But […] 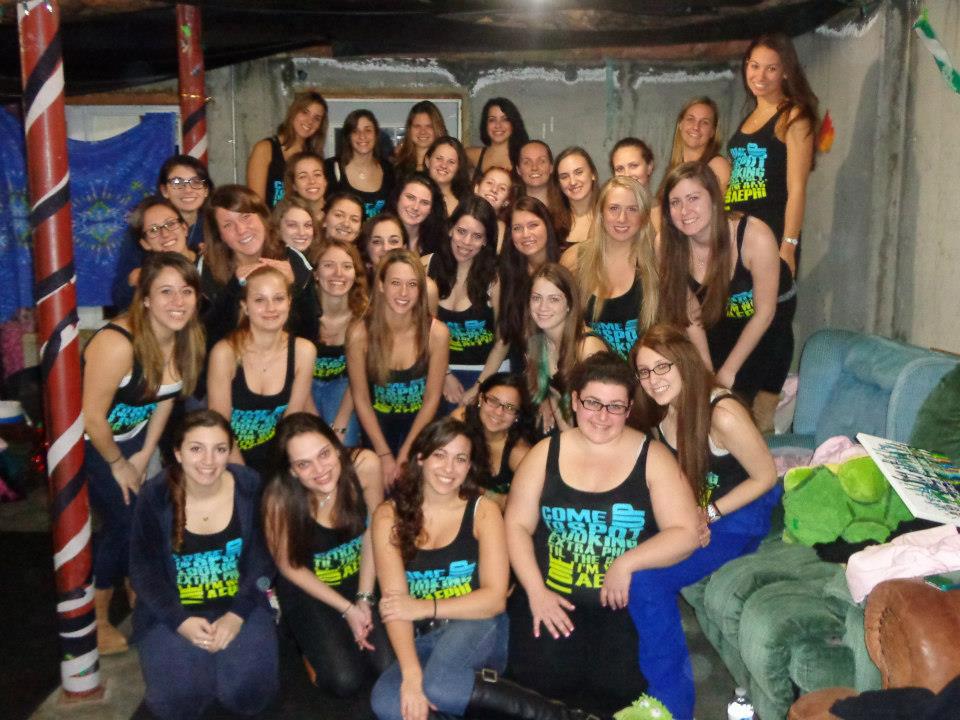