Have you ever wished you could enjoy your coffee break while listening to live music right here on campus? Students got the chance to hear some smooth sounds from award-winning and rising musical artist Libbie Schrader on Feb 28th. Schrader came to New Paltz to perform songs off of her latest album, ‘Magadalene.’ in the Student Union Activities Commons.

During the performance, small groups of audience members danced casually to Schrader’s cover of Bruce Springsteen’s ‘Dancing in the Dark.’  Others quietly talked amongst themselves and ate lunch while listening. Fourth-year psychology major Gina Daniels and English graduate student Ryan Walz were just a few out of many students in attendance.

“The music is very nice and peaceful to listen to,” Daniels said.

“I wish there was a much bigger audience than this. There should be more people to take advantage of this setting,”  Walz said.

Schrader is an Oregon-raised and Brooklyn-based artist that spontaneously started songwriting at the age of ten. It all began with her playing at the playground in her hometown with friends when suddenly she heard melodies in her head.

“I thinking ‘where did this song come from?’ There was this melody in my head. I was like ‘where did I hear this song? Was it in a commercial?’ I was racking my brain on how I knew this song”  Schrader said.

When different tunes and harmonies would appear in her head repeatedly she took up songwriting.

“It was a total mystery that came out of nowhere,” Schrader explained. “Songs would keep coming to my head. I would write them down and I decided ‘Oh, I guess I write songs!’”

Soon, Schrader discovered songwriting was the path she wanted to take and an activity she enjoyed. She started playing piano in elementary school, acoustic guitar through high school then entered music competitions. After high school, she decided to put off music for a while to “study something more structured.”

“It sounded like such a crazy thing; I was like I’ll go be a psychologist or something,” she said.

While considering majoring in psychology, music would not budge to escape from her.  Schrader switched her major to music studies and vowed to dedicate her life to music after graduation.  After forming a band she hit the road playing bigger shows in New York City.

Schrader gets plenty of support from her fans. She recently raised $26,000 towards her touring and album promotions. “They are very sweet. I was expecting to only raise $8,000 and I was like ‘Woah!’ I didn’t think people cared that much!”

Schrader said her next major stop will be a show at South by Southwest in Austin, Texas. A song, “Diamond Dust,” from her current album will premiere on the Style Network’s reality show “Guilana and Bill” this spring.

For more of Libbie Schrader download her album available on iTunes or visit www.libbieschrader.com for show dates.

Sun Mar 4 , 2012
College of Staten Island President Tomás Morales, a graduate of SUNY New Paltz, will be New Paltz’s 2012 Undergraduate Commencement speaker, announced the Office of Communication and Marketing Director Suzanne Grady. A native Puerto Rican who was raised in the South Bronx, Morales came to SUNY New Paltz through the […] 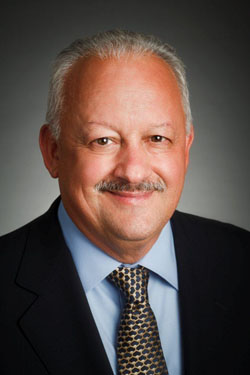