Ending violence against women and a culture of blaming rape victims were the prevailing themes at the International Women’s Day event on the New Paltz campus March 7.

Speakers addressed a crowd of more than 200 with emotional messages of solidarity and support, providing first-hand accounts of sexual violence and abuse. In addition to women and violence, local speakers discussed sexism in the workplace, women’s reproductive justice, and women’s ability to re-energize a social movement.

International Women’s Day, celebrated March 8, is a global day that both commemorates women’s achievements and spreads awareness of the oppression still faced. It also places emphasis on how to combat these social values.

The most memorable moments of the March 7 event revolved around the issue of women and violence.

Gwen Wright, executive director of the New York State Office for the Prevention of Domestic Violence, revealed to the audience that she herself is a domestic abuse survivor. She cited statistics on different demographics’ likelihood of experiencing domestic abuse and sexual assault on college campuses. Wright also explained that society tends to ignore the topic of domestic violence.

“We see our friend come into work and she’s wearing a turtle neck in 75 degrees; her sunglasses are getting bigger and bigger, their makeup is getting thicker and thicker,” Wright said. “Sometimes, all they need from us is for us to ask them about it. Asking that question will change that person’s life.”

Speeches weren’t the only way that women’s rights were addressed. The event’s dramatic décor provided visual commentary on each social issue as well.

A rope was strung across the back wall, and from it hung personalized t-shirts with phrases written on them in color marker such as “I am not a punching bag!” and “Equality now!”

Local women who were murdered and in some cases, also raped, were remembered by red human-sized cardboard silhouettes. Every silhouette had a piece of paper attached with each victim’s name, murder date and location. There were at least 15 cut-outs and most towns were in the Hudson Valley area, some as close as Wallkill and Kingston.

Local slam poet and activist Mira Bowin performed a poem she wrote about rape culture, using the analogy of an innocent child playing in puddles, and then visualizing that child grown up and coping with the trauma of becoming a rape victim.

Bowin, whose poem was met with a standing ovation, said she wrote it after experiencing sexual assault herself, adding that “The more nervous you are [before you perform a poem], the more truth you have to speak.”

The night concluded with a question and answer section featuring Professor Alexander Cox of the sociology department, during which an audience member asked questions about sexual violence in the military.

Overall, the evening was considered a success by organizer Donna Goodman and student organizer Barbara Cvenic, who said they were pleased with the turn-out and the crowd’s reaction to the topics the event covered.

Learn about why Barbara Cvenic is drawn to activism here.

Absolut A Capella Sings For Love

Thu Mar 21 , 2013
Bre Metcalf-Oshinsky trudged along the snowy path, wincing every few steps. Her brown cowboy boots, though stylish, weren’t exactly cut out for the journey she was on. “If someone ever does anything this great for me, it’ll make all this worth it,” she said. No one in Absolut A Capella […] 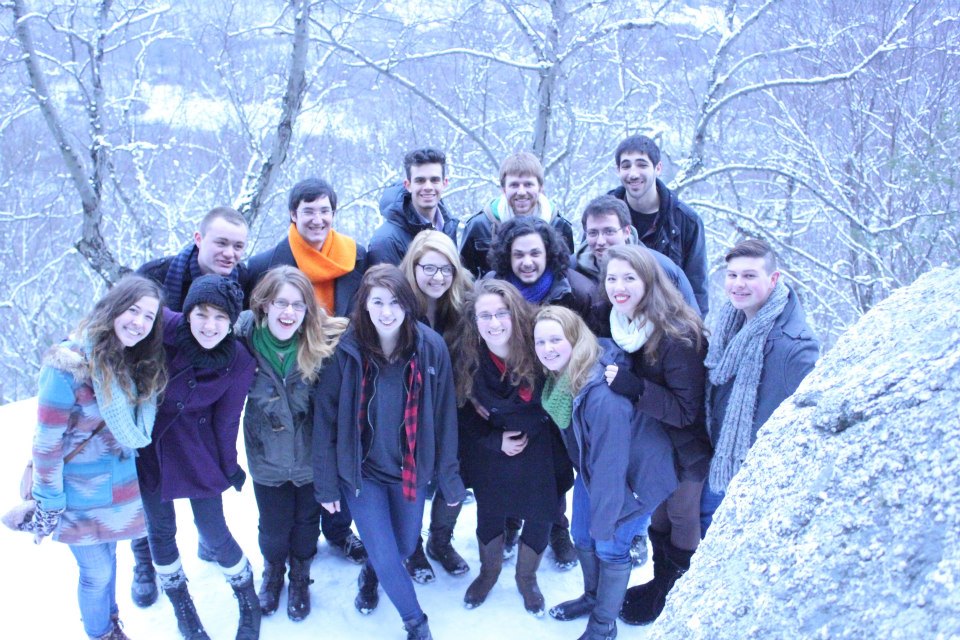