Sociology professor and drummer of the all-professor punk band Questionable Authorities, Peter Kaufman is more likely to recycle than destroy a hotel room. His smile was calm and gentle when I met him in his JFT office, an indigo painted room with pictures of his various hiking trips hung on the walls. There’s a poster for one of Questionable Authorities’ old shows at the Terrace taped to his filing cabinet, but the band doesn’t play there anymore, he assures me: “the environment was too sterile.” You’ll have a better chance of finding the band at a local bar like Snugs, where they play their bi-annual end-of-semester gig, or at Bacchus, where, on April 24th, the band will play to raise money for the student scholarship fund.

Nicole Short: Tell me about your first memory of the drums.

Peter Kaufman: I started taking drum lessons in third grade. But before that, I remember tapping pencils on the top of my plastic Halloween pumpkin.

NS: Were you in any bands prior to Questionable Authorities?

PK: I was in the concert bands in high school. No rock bands or anything. I had a band in college with a few friends of mine. We called ourselves Ripe Fruit.

PK: Yeah, but it was a very short-lived, one-semester-only band. And after that, I wasn’t in another band until Questionable Authorities. That’s ten or fifteen years during which I stopped playing the drums.

NS: So is this–being a part of Questionable Authorities– a dream fulfilled?

PK: I actually have another dream.

PK: My dream is to be at a Bar Mitzvah or wedding when the hired band loses their drummer. The band would have to shout out to the party, “Is there a drummer in the house?” and I would stand up and save the day.

PK: It happened once at a multiple-band gig, but I chickened out.

NS: You contribute to a Sociology blog called Everyday Sociology. One of your blog posts includes an “I am a sociologist because. . .” list. Some of these characteristics–like rejecting accepted social orders, defying the status quo–could work for an “I am punk. . .” list, too. Are punk and sociology fused in your mind?

PK: That’s interesting. I’ve never thought about it that way before. It’s a good analysis, and I agree with you, but I’m not too sure what the punk ethos is. I wasn’t a punk kid. I listened to some of the music, but couldn’t tell you too much about the culture. As a sociologist, I think it’s important to know why you’re angry at the system, instead of saying ‘f— the world’ without having a deeper analytical understanding of society.

NS: Punk is decidedly angry as a genre. Are you angry? Ever take out your frustrations during a set?

PK: I don’t use the band as an outlet for anger, no. There was one time when my dog died the night before a gig, and I hit the drums a little harder that night for sure. There was another time when I broke my drumsticks and cut my hands –blood was all over my drum set.

PK: Yeah, I guess so. But it was an accident.

NS: So in terms of Questionable Authorities, then, why punk?

PK: To be perfectly honest, because it’s loud, fast, and easy to play. We figured we couldn’t really f— it up too bad. And if we do, we can just say: that’s what punk is!

Getting to Know Activist And Playwright Raine Grayson

Tue Apr 28 , 2015
By Jillian Nadiak Twenty-two year old Raine Grayson is a young playwright from New Paltz who uses his work to spread awareness in any way he can about social issues from autism to LGBTQ matters. Unlike most writers, however, Grayson is transgender and like the estimated 700,000 other transgender people living in […] 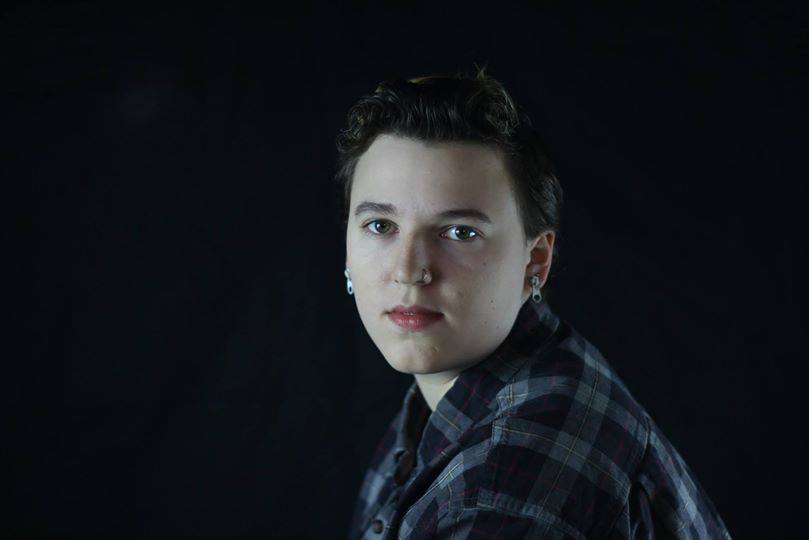