“Undiscovered New Paltz” is an assignment undertaken by students in Lisa Phillips Feature Writing class. In the series, student journalists chronicle their experiences with the roads less traveled in New Paltz, shedding light on the seemingly-mundane, under-appreciated corners of the town.

I passed by a large white farmhouse on Huguenot Street when a splash of color caught my eye. Among barren trees, a blue sign with yellow lettering read, “Nyquist-Harcourt Nature Sanctuary. Open Dawn till’ Dusk.”

The Nyquist-Harcourt Nature Sanctuary is a 56-acre nature preserve in the town and village of New Paltz. It was named the Harcourt Wildlife Sanctuary before being purchased by The Thomas and Corinne Nyquist Foundation last July.

The Nyquist family purchased the land for $55,000 and the promise that it would always be open for public use. The acquisition reflected the family’s aesthetic appreciation of the Mid-Hudson Valley.

The hill leading down to the sanctuary led to a bridge and an expanse of water. Algae bloomed like spider webs beneath the partially frozen water.

The cloudy water flowed through a U-shaped bend off the Wallkill River. This oxbow formed hundreds of years ago when the Wallkill straightened out and cut off a meandering curve, resulting in a cluster of ponds and wetlands.

Dead leaves and shallow puddles filled the sanctuary’s paths. I stuck to the far right, along the trees, where the ground was firmer. Thin, spider-leg branches caught onto my sweater as I tried to avoid the larger branches.

The deeper you went into the sanctuary, the more still it became. The sounds from Main Street were gone—the rumbling of cars, pedestrian voices and guitar playing on stoops.

There were no birds calling to each other, no animals scurrying up trees; only the whistling of the wind remained.

I turned back when it was nearly dusk, the time of day when the preserve technically was about to close. I crossed over the bridge and saw that the sky began to burn pink and orange. The water glittered and reflected the rosy hue of the sky.

It’s no wonder that the sanctuary is open until dusk. No one should miss that.

Despite being only minutes on foot from historic Huguenot Street, the Nyquist-Harcourt Nature Sanctuary is the type of place you have to find rather than seek.

Check out this other story on undiscovered New Paltz: Lauren Scrudato writes about Horsefeathers of New Paltz, an antique and accessory shop located at 15 N. Chestnut St.

Video of the Week: Food On Campus

Thu Oct 11 , 2012
Alyssa Haining asks SUNY New Paltz students about the best and worst foods on campus. What Do You Think About The Food On Campus? from J1 videos on Vimeo. 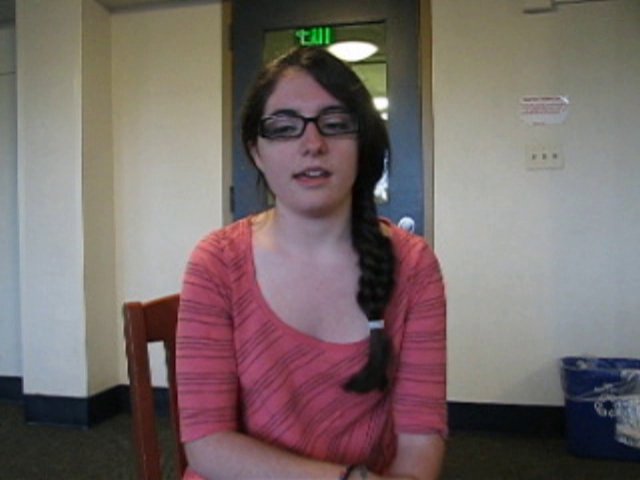