Tick Talk is the result of 14 weeks of collaborative investigative reporting conducted at the State University of New York at New Paltz under the aegis of “Science, environment, and disease: new approaches to science journalism,” a seminar led by science journalist Sonia Shah,  the 2014 James H. Ottaway Sr. Visiting Professor of Journalism. The Ottaway Professorship is named for the founder of Ottaway Newspapers Inc., a coast-to-coast group of 13 daily, 11 Sunday and more than 30 weekly newspapers with a total circulation of 387,224. The flagship newspaper of the chain is the Times Herald-Record in Middletown, N.Y. It is the the first endowed professorship in journalism at the university.

Thu May 8 , 2014
SUNY New Paltz is in the process of joining fellow campus communites by improving its bike friendliness. The League of American Bicyclists recognizes colleges and Universities that promote and provide a bicycle-friendly campus. Participating institutions include University of Minnesota, Colorado University, Princeton, University of Michigan and Cornell. Recently, even more […] 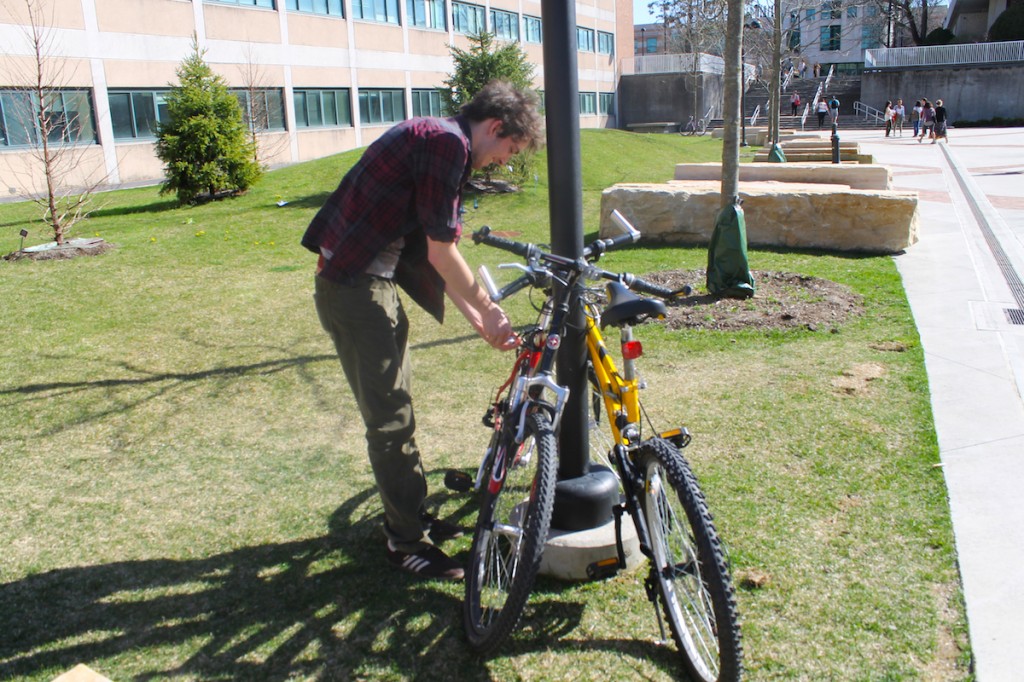