A conversation with a friend about the Sept. 11 memorial competition sparked an idea for the subject of Amy Waldman’s first novel, “The Submission,” which was published in 2011. Due to her book’s success, Waldman has been chosen to come to SUNY New Paltz as part of the Distinguished Speaker Series, an event that collaborates with volunteer group One Book/One New Paltz.

Waldman’s presentation, which will begin at 7:30 p.m. on Thursday, Nov. 1 in Lecture Center 100, will include a discussion about the book, the work that went into it and how literature acts as a memorial, or counter-memorial, according to Waldman. She will be available to sign books during a public reception after the presentation.

Waldman’s work of fiction revolves around a major post-9/11 controversy. In the novel, anonymous design submissions for the 9/11 memorial are sent to Manhattan, and the winner turns out to be a Muslim-American architect. When the news is leaked to the press, a wave of emotion and debate arise.

“Each year since 2005, we have picked one book and created a week-long series of book discussions and other events,” Jacqueline Andrews, a coordinator for One Book/One New Paltz, said.

Waldman was a reporter for the New York Times for eight years, a national correspondent for The Atlantic and has had her fiction writing published in the Boston Review and the Financial Times. She graduated from Yale with an English degree and set out to South Africa for two and a half years as a teacher’s assistant at a university where she helped set up a writing program.

Waldman did some freelance writing while in Africa which led to her career in journalism. Her first “real life journalism jobs”, she said, were as a New York Times correspondent and a writer for Washington Monthly from 1995-96, and “the pay was extremely low.”. She now lives in Brooklyn with her family.

“The Submission” has been a New York Times Notable Book for 2011, one of NPR’s Ten Best Novels, Esquire’s Book of the Year and Entertainment Weekly’s #1 Novel for the Year. It also has or will be published in 13 countries; including Brazil, Italy, France and Germany, according to the book’s website.

“When you’re writing your first novel, you don’t expect anyone to read it,” Waldman said. “You are mainly writing for yourself.”

She said it took her four years of trial and error to finish the novel. She also gave birth to twins, one boy and one girl, two years in.

Her first novel’s success has boosted her confidence to continue to write another one. An idea for her second novel is already brewing. The subject matter will remain with contemporary issues, such as the war in Afghanistan and the post 9/11 world.

“Writing a novel is such a private experience so switching into a public discussion has been a big change, but an interesting one,” said Waldman.

Waldman has a busy schedule of events over the next few months. She was recently in Rochester, N.Y. to receive The Janet Heidinger Kafka Prize for Fiction presented by the Susan B. Anthony Institute for Gender and Women’s Studies at the University of Rochester. Afterwards she traveled to Philadelphia and will be in Atlanta near the end of October to speak and read excerpts from her book. She will also talk to a writers group in Florida in December.

Waldman said she enjoys meeting readers and getting to know their interpretations of the book.

Tickets for The Distinguished Speaker series can be purchased at the Parker Theatre Box Office from Oct. 1 through 19, or on the night of the program. SUNY New Paltz students receive free admission with an ID. Tickets are a first come, first serve basis and range from $13-18.

NHL Locks Out the Fan Base

Tue Oct 23 , 2012
By Darcy Reddan Is the NHL ignoring its fan base?  The National Hockey League is on the verge of seeing another season go down the drain. This marks the third time the league owners and the players could not reach a new Collective Bargaining Agreement (CBA) before their old pact […] 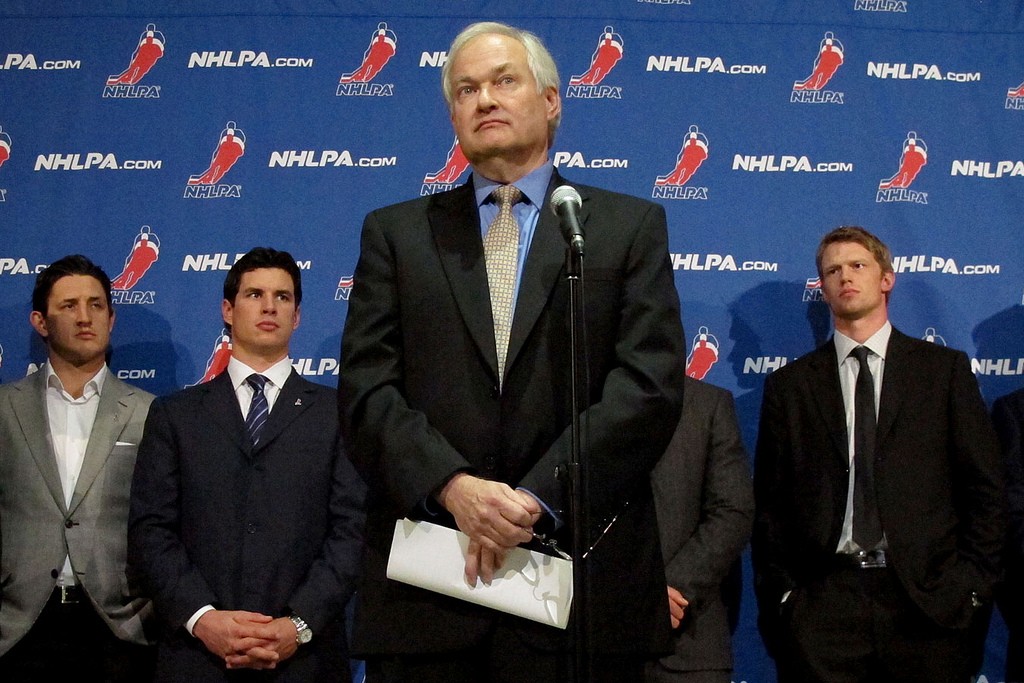