New Paltz voters headed to the polls on Tuesday, Nov. 8 to elect two new town council members, a town supervisor and other leaders. In a race that included former mayoral candidates and familiar faces, voters turned out to vote in New Paltz’s 10 election districts in the town and village. As of today, 100 percent of the districts had reported their results finding that voter turnout was lower than expected.

While 3,165 voters came out to cast their ballots for the Village’s 2011 Mayoral Election, no candidate this time around received more than 2,000 votes. In fact, the candidate who garnered the most votes – Highway Superintendent Christopher Marx – finished the night with 1,981 votes and ran unopposed.

In SUNY New Paltz’s Multi Purpose Room in the Student Union, which serves as the polling station for all on-campus students, only 58 people voted over the course of the day.

For more information on the candidates, scroll down to see videos of them discussing important issues at a “Meet The Candidates” meeting on Nov. 1. Winning Candidates For Town Board: * Susan Zimet – 1,575 votes
—-
* Toni Hokanson – 501 votes
(Hokanson publicly announced her withdrawal from the race in The New Paltz Times prior to the election. Despite this, her name remained on the ballot.)

With Election Day right around the corner, New Paltz citizens gathered in Deyo Hall of Historic Huguenot Street to hear candidates vying for positions on town board, town supervisor and others on Tuesday, Nov. 1.

Given the opportunity to ask their potential elected officials any question they deemed appropriate, citizens jumped at the chance and asked for opinions regarding property development, taxes and bringing businesses to town, among other issues.

If you’re on campus, be sure to vote on Nov. 8 in the Student Union Multi Purpose Room.

Kevin Barry: Barry said the reason he believes businesses don’t want to come to New Paltz boils down to the town and village’s outdated water and sewer systems. He said he also would like New Paltz to have a store where “he could pick up a couple of towels and a frying pan” without having to drive to another town. Barry also supported more hotels being built in town.

Randall Leverette: Leverette said he hopes for more money to be budgeted for a community development outreach that would help create an environment that businesses would be attracted to. In addition, Leverette said the use of solar infrastructure could be “useful.”

Ray Lunati: Lunati said New Paltz is “green” community, so he believes bringing in companies who value that would be a step in the right direction. Lunati said to the public that bringing more beds or hotels, in addition to the Hampton Inn, to the town was something he would like to see as New Paltz has a high tourist rate.

Jean Gallucci: Gallucci believes “intelligent” development on Route 32 would help with the business aspect of the village and town. By mixing retail and residential use, Gallucci said the town would be able to expand walkability in the “hub” and increase the sales tax revenues which she believes would lower the tax base for residents of New Paltz. 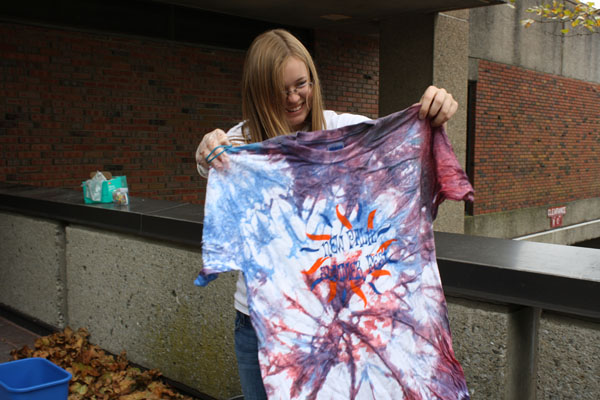