It’s your typical college dorm room. There is a mini fridge stocked with seltzer beside a mass-produced wooden desk covered in textbooks, a Johnny Cash poster clinging to a poorly painted white wall and an unmade bed. In the middle of it all is a giant yellow puppet that bares a striking resemblance to a Big Bird prototype.

The temporary resident of this room and owner of the corn-colored felt friend is 21-year-old senior at SUNY New Paltz Spencer Cohen. Cohen’s inanimate roommate is named Burger and the lovable character has been described as a cross between Patrick Star from “SpongeBob” and Cookie Monster from “Sesame Street.” Burger is one of three original puppets that Cohen owns.

“He is so dimwitted, but lovable, which I think makes him a likeable character,” Cohen said. “He is my absolute favorite.”

From the time of Cohen’s infancy, he was an entertainer. In home movies, he belted out ballads before he could even speak full sentences. The jack-of-all-trades performer incessantly rewound “Sesame Street” and “The Muppets” on VHS tapes. He sat transfixed in front of the TV, taking in every aspect of these worlds created by Joan Ganz Cooney and his idol Jim Henson.

“Muppet Treasure Island was the first film I saw in theaters,” Cohen said.

As a prepubescent boy, Cohen continued to express his talents through acting and music. He performed in school plays, and by eighth grade his passion for cartoons such as “Scooby-Doo” and “SpongeBob” inspired the obvious career dream of voice acting. He could do it all: impersonate Scooby-Doo’s laugh, play guitar, sing, act, you name it.

The self-proclaimed puppeteer discovered his passion for this art form later in life after watching the 2008 film A Muppets Christmas: Letters to Santa.  A high school student at the time, Cohen claims that watching the special rekindled his childhood love for “The Muppets.”

Prior to viewing the aforementioned life-altering cinematic experience, Cohen had never experienced the joys of speaking through colorful characters of his own creation. He immediately caught the puppeteering bug and eagerly searched his childhood home in Yorktown Heights for anything remotely resembling a puppet.

Cohen came across a stuffed monkey among the forgotten relics of yesteryear. He proceeded to make videos with the plush animal, moving the recently dormant monkey around. Subsequently he eagerly searched for more characters and found a true gem owned by one of his brothers, an actual puppet.

The shark puppet soon became his biggest star, and making little videos with his other brother, Ryan, turned Cohen’s hobby into a family affair. According to Cohen, his middle school aged sibling began to hand craft makeshift puppets for their short recordings.

“He made one out of an old sweatshirt,” Cohen said. “He did it because it was fun for us to do together.”

Cohen continued to make these brief films with his brother until a pinnacle year in 2011 when the toy store, FAO Schwarz, held The Muppet Whatnot Workshop. The revolutionary workshop allowed the burgeoning master of speaking through furry creatures to create his own puppet.

Through this crucial moment in his quest to become a puppeteer, Cohen birthed Max. He was able to choose every aspect of Max’s physical features from the black hair with a deep widows peak to his red nose. The following year he used Max in a ton of short videos that he debuted on YouTube. Yet, this time the projects developed into his own endeavor.

Cohen’s proud aunt happened upon these cherished artifacts lost in time and asked her nephew if he would be interested in her hand sewing one-of-a-kind creations for him. He ecstatically accepted this offer and the curly haired fun-loving Doughnut emerged. The food theme continued with Burger and Doughnut’s girlfriend named Cupcake. The puppeteer’s beloved aunt is currently in the works of whipping up her third character for him, a chicken named Snoogles.

“I pick out the colors and tell her how I want the characters to look,” he said. “She asks me questions along the way like, is this the right pink for Cupcake or is this a good blue for Doughnut’s nose?”

The rising star claims that 10 percent of a character is constructing the voice and the other 90 percent is the movement of the created personality. He believes that what makes a puppet special is that it moves right in front of you. Through lots of practice, Cohen has managed to steadily overcome the hurdle of syncing a puppet’s mouth movement with the actual words he is speaking. The amateur puppeteer has spent hours upon hours of practicing with Doughnut, Cupcake and Burger.

Cohen’s cast of his aunt’s creation made it helpful for him to embark on the exploit of founding the New Paltz Puppeteering Club in 2013. At the time he was a sophomore in college, and since then he has performed at many on-campus events with his ever growing group of passionate puppeteers. His club is currently working on a YouTube series called “Felt Check.” The side project is a collaborative effort between Cohen’s fellow puppet connoisseur Andrew Woltman and himself. Woltman is the producer and Cohen writes each script and performs in their sketches.

“I started the club on campus because I wanted myself and other people to have a place to puppeteer, put on shows, make videos and have fun,” Cohen said.

This past summer Cohen scored a summer internship in public relations at a company called Little Shadow Productions. The job combined his two current passions: public relations and puppeteering. His double major in theatre with a concentration in performance and communications with a concentration in public relations prepared him for the position. The production company specializes in puppet-centered productions, and his boss Jean Marie Keevins was a Muppet designer and builder in films such as The Muppets Most Wanted and The Muppets.

Cohen considers her to be a mentor, and she even invited him to come on as an intern for the one-night only puppet show, Late Night with Eugene O’Neill. He continued his extraordinary summer by taking a break from his internship to attend a two-week long event called The O’Neill’s National Puppetry Conference. It was there that he further enhanced his performance skills as he learned from the best. Cohen worked with a lot of well-known teachers including the zany Muppet builder Jim Kroupa.

The star-struck Cohen garnered so much experience from his summer endeavors, and he one day hopes to attend Jim Henson master classes and Sesame Street master classes. Yet, for Cohen, puppeteering is just his passion and he hopes to follow a more financially beneficial career path in his other great joy of public relations. In a dream world, Cohen would pursue his ultimate passion, but right now he is content with simply enjoying his dearest hobby.

As Cohen stands in the middle of his poorly-lit room with his old pal Burger, they exchange one fleeting glance and then the puppet retreats to his tin box reminiscent of fairytale books. The puppeteer picks up his ukulele and before he begins playing, his lighthearted face reveals an expression of deep sincerity as he remarks, “I would not be where I am today if it weren’t for the people that inspired and supported me.”

SUNY New Paltz Out and Equal

Mon Dec 7 , 2015
Lydia Willoughby never imagined that she would one day use her activism in the LGBTQIA+ community as an asset in the job search. Now, as a new reference librarian at SUNY New Paltz’s Sojourner Truth Library (STL), Willoughby is openly queer and vocal about her LGBTQIA+ activism in the workplace. […] 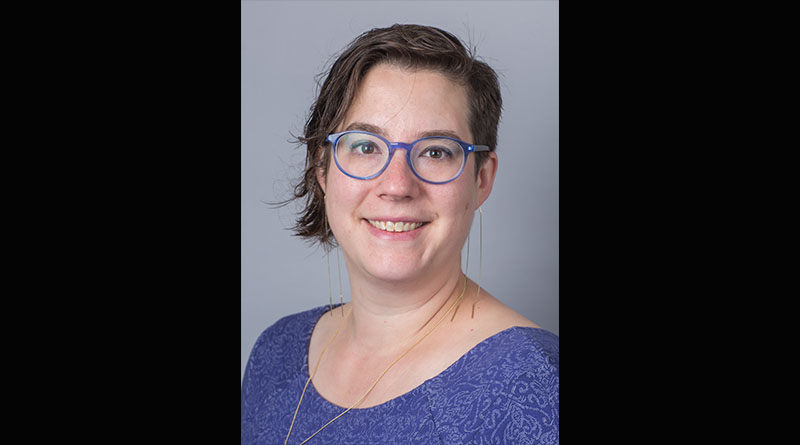