A $10 billion deficit in the New York State Park budget leaves hikers and nature enthusiasts despondent over the future of local parks.

The economy has poorly affected state parks for the last two years. The popular Minnewaska State Preserve, located in Kerhonkson, was in danger of closing in the winter of 2009.

Protests by the local outdoor and hiking community in New Paltz and surrounding areas helped to postpone the potential shutdown.

“This year we had a real good winter,” said Eric Humphrey, park manager of Minnewaska State Preserve. “The attendance was up, the activity was up.”

Humphrey credits the public for helping the preserve stay open.

“The public support for the parks was heard,” Humphrey said. “Minnewaska is very fortunate to have individuals and organizations who cherish the ridge.  Their efforts and support for Minnewaska and New York’s park system were tremendous.”

For some locals, the preserves and parks are seen as main attraction to New Paltz. Rich Gottlieb, an international climber since the 80’s, understands the public’s fear of the parks closing.

“I think many lovers of Minnewaska feel it is unjust that as citizens they would not be allowed into their park,” he said.

Rich Gottlieb, the owner of an outdoor gear store in New Paltz called Rock and Snow, knows the social and economic impact closing the preserves and parks would have.

“In many instances [Minnewaska] is a primary reason [people] live and visit here,” said Gottlieb.

New York State Parks, the agency responsible for allocating budgets to the parks, is caught in a tough spot.

According a New York State Parks spokesman, Dan Keefe, the budget cuts are determined on a case by case basis depending on the number of employees at the park, the size of the park, and what region it’s in.

“Every agency is facing the reality of doing more with less,” Keefe said. “We’ve enacted early retirement incentives and have had to hire fewer people.”

The agency is finding help from localized governments to help with financial setbacks. Keefe says that New York State Park has developed agreements with private companies that work on state-owned land, such as hiring local employees to run state golf courses.

“One of the reasons I chose to go to school in New Paltz was because of the great nature scene,” Borenzweig said. “I just hope the problems up in Albany don’t screw up the parks down here.”

Thu Apr 21 , 2011
The Second Annual Phools Parade took place on April 16 in New Paltz. An eccentric march began at the New Paltz Middle School on Main Street and finished at Hasbrouck Park. The Phools Parade is a community event that invites adults and children of all ages to dress up and […] 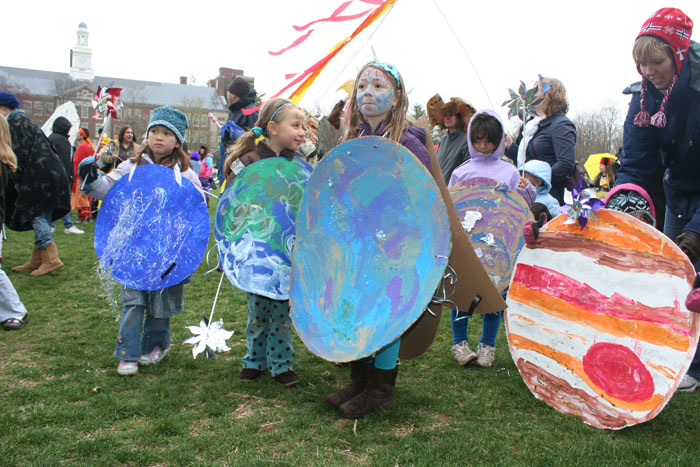