Several weeks ago, I wrote a review of The Girl with the Dragon Tattoo, the adaptation of Stieg Larsson’s novel of the same name. In case you missed it, I mentioned how much I loved the film, and expressed concern over the upcoming American remake. Dragon Tattoo is the first film in a trilogy, with the second and third movies stemming from an incident in the original.

The Girl Who Played with Fire and The Girl Who Kicked the Hornet’s Nest tell a continuous story. The third film picks up mere minutes after the second one ends, but each could be a stand-alone movie.

The story takes place a year after the events of the first film. Lisbeth Salander (Noomi Rapace) returns to Stockholm after some time abroad to find herself accused of a brutal double murder. One of the victims is a colleague of Mikael Blomkvist (Michael Nyqvist), who was about to publish an expose on human trafficking in Sweden. As Lisbeth secretly tries to clear her name, Mikael launches his own public investigation to learn the truth. This leads to a confrontation with the mysterious Alexander Zalachenko, a man with ties to Lisbeth’s past.

The third film focuses primarily on Lisbeth’s murder trial, while Mikael prepares to publish the expose. It’s interesting to note that, after spending most of the first film together, Lisbeth and Mikael spend maybe a combined total of 15 minutes together in the second and third pictures.

Daniel Alfredson takes over as director for both films, and does a good job keeping the flow of the story going. Particularly in the third film, there’s a lot of sitting and waiting for something to happen, but it never gets boring. There’s a subtle tension, even in the more light-hearted scenes, that keeps the audience interested.

Both films boast strong performances by the actors. Noomi Rapace in particular is nearly as flawless as Lisbeth. She very rarely has outbursts of emotion, but the passion in her eyes speaks volumes. Unlike so many other actresses (cough, Kristen Stewart, cough), Rapace can portray different sides of her character. We know when Lisbeth is planning, scared or pissed off.

Just like with The Girl with the Dragon Tattoo, there are plans to make American versions of the films, presumably with the same cast. I’ll wait to pass judgement but it will be hard to top the original of any of the three films. 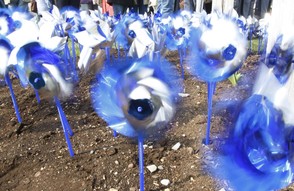