I called it. Natalie Portman. Christian Bale. “The King’s Speech“. The King himself, Colin Firth. Heck, I even listed Tom Hooper as my sentimental favorite to win Best Director. My point is, with the glaring exception of Best Supporting Actress, my Oscar predictions in last week’s column were spot on. So, it’s time now for me to say it.

I told you so. But seriously, looking back on all the great movies of the last year got me thinking about all the awful ones as well. “Due Date,” “Killers,” and “Sex and the City 2” are just a few of the movies that polluted screens across the nation in 2010.

But, for me, the lowest of the lows comes in the form of “Just Go With It,” starring Adam Sandler, Jennifer Aniston, and Brooklyn Decker.

Honestly, the only reason I even considered watching it is because I met Brooklyn Decker over the summer, and she could not have been nicer. So, I figured, why not support her movie?

Because it was atrocious, that’s why. It’s two hours of forced chemistry between Sandler and anyone he’s on screen with, an idiotic plot, and Aniston desperately trying to relieve her “Friends” years.

For those fortunate enough to not know, the movie is about a plastic surgeon, Danny, (Sandler) who fakes a broken marriage in order to pick up women. After years of doing this, he meets Palmer (Decker), a beautiful junior high math teacher (I wish my middle school math teacher had looked like that … but I digress). When Palmer discovers his ring, he decides to lie and say that he’s divorcing his “wife.” He then convinces Aniston’s character and her kids to be his “family.” Somehow, they all end up in Hawaii, and the lies get more and more complicated.

One usually knows what to expect with Adam Sandler comedies: juvenile humor, mostly involving guys getting hit in the groin, beautiful women inexplicably falling for an older, not as attractive man, and the most basic plot imaginable. I get it. I’m fine with that. But not really. I actually want my money back.

Decker was fine in her role as the hot schoolteacher. All she really had to do was look good in a bikini, which anyone who has seen the 2010 cover of the Sports Illustrated swimsuit issue knows she does, but she was pretty much the only good thing in the movie. Nicole Kidman’s cameo was irritating, Aniston was painfully unfunny, and Sandler is, well, Sandler.

Reel Noteworthy: "I Am Number Four"

Thu Mar 17 , 2011
Okay, I’ll admit it. The only reason I saw “I Am Number Four” is because Dianna Agron of the “Glee” fame is in it. Sure, the trailer looked interesting, and the movie had a decent amount of potential, but if I’m being honest, she is the main (only) reason I went. […] 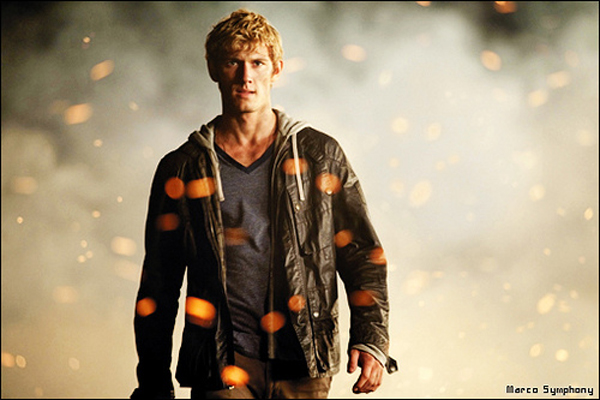