“I Am A Woman” was put on by the newly formed SUNY New Paltz dance club, Warriors.  President of the club, Cinthia Pimentel, second-year commu nications major, formed the dance team a year and half ago to create a dance team for dancers who didn’t belong in the other dance teams on campus.

In honor of Women’s History Month,  “We decided to tell stories of women’s struggles through dance and other art forms such as poetry,” said Mary-Anne Ramirez. Ramirez, a first-year graphic design major, is a performer in Warriors and is responsible for maintaining the club’s blog.

Each dance took on a particular issue or topic throughout women’s history.  They ranged from women’s stories of sex trafficking, racism, workplace issues, lesbianism and war.

The Warriors dance style varied from performance to performance.  “Comfort Women,” a piece that reflected on the hardships faced by Japanese women who were forced into sex trafficking and offered to soldiers during World War II, had elements of ballet.

Pimentel said they weren’t exactly sure how to capture to the elements of the abuse these women suffered, which is why when the dancers removed the white masks they were wearing they revealed that their faces had been painted black. According to Pimentel it was made to “represent the battle that they must go through all alone.” She emphasized that pieces like these are specifically important because people don’t believe that things like these really happened in the past.

Another routine also displayed the more tragic and somber aspects of women’s history. “The Forbidden Love Story: Lesbian Couple in the Holocaust” was performed in the second half of the set, and covered another tragic and somber topic, the persecution of lesbians in the holocaust. Traditionally considered a taboo topic, the dancers embraced the topic through a moving routine that incorporated the emotional struggle these women dealt with.

The Warriors brought these topics to light through forms of dance varying from jazz to ballet. “Latino Women – Tribute to Frida Kahlo” incorporated Latin dance. In “Women in Work,” seven dancers dressed in red bandannas and white collared shirts to resemble Rosie the Riveter, while dancing to “Do it Like A Dude,” by Jessie J., a modern hip-hop style song.

After a moment of silence to honor women who have served and lost their lives in war, Warriors performed the final dance of the night, “Women in War,”  which was  performed to “When You’re Gone” by Avril Lavigne. The piece ended with the dancers holding signs that read “daughter,” “sister,” “mother,” and “wife” to remind the audience that everyone is effected by the war. The New Paltz dance team did a tribute to dancer Noelle Lucivero, who tragically died  in December. The team performed a piece named “Here I Go Again,” which was choreographed by Lucivero, in memory of the dancer.

Honoring the influential pop singer and icon of the 80s, Culture shock Dance Troupe performed an upbeat dance to a compilation of Janet Jackson songs. Costumed in outfits that resembled Jackson’s style through the decades the troupe danced through a timeline of the artists’ hits.

Expressing herself in another art form, Ianovici, a second-year elementary education major, read her original poems that were empowering women, specifically encouraging women to be independent from men. Although at times her poetry was comical, she encouraged women that “anything a man can do, you can do it too.” Simple, yet inspiring enough that she had the women of the audience chanting it back to her by the end of her poem.

Pimentel enjoyed collaborating and working with other dance teams and performers to put on this performance. “They all brought something different for the show,” she said, “The crowd loved them too.”

Ramieriz said the best part of the night was when she “looked out into the audience and felt of rush of energy,” as she danced to the songs she had been practicing for the past two months.

Pimentel’s said the main purpose of the program was to educated students, and everyone who attended about women’s history.  “We wanted people to leave learning something for this program,” she said, “ I want them to feel the emotions that these women were going through.”

Sat Mar 19 , 2011
Slashroot, a coffee house and music venue located on Main Street, has become a platform for local bands to perform. Concert goers, young and old, go to listen to live music, and can also use Slashroot’s computer technology station and web development center.  This audio story was created by Brenna […] 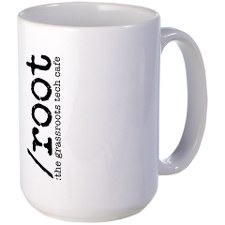