When Gabrielle Stein opened her eyes on the morning of June 23, she was met face-to-face with a giant, tattooed, dead fetus.

It was four feet tall, to be exact. And it was only a photo. But she awoke to the same image on the ceiling above her bed every morning for the next two weeks as she carried out her live-in summer photography internship with Charles Gatewood. Gatewood lives in San Francisco, Calif.

Gatewood, 68,  is a professional photographer, arguably best known for chronicling the 1980′s sexual underground. But his portfolio is large. Bondage, sadism and masochism, Wall Street, blood sport, portraits of Bob Dylan and William S. Burroughs — a mixture of fine art, documentary and fetish.

Not a perfect match for Stein, but close enough.

The Château, called La Domaine, is where she first picked up Forbidden Photographs, a book of Gatewood’s photography which features the fetus on its cover. It is just one example of the documentary work Gatewood has done, and the kind of work Stein would like to pursue. Sort of.

“I’d like to document underground subcultures, but not necessarily people holding fetuses,” said Stein in her Main St. apartment in New Paltz, N.Y.

As Gatewood’s apprentice, Stein learned to network and document. She visited the home of an underground photographer whose walls were covered in colorful sheets of blotter LSD. She took pictures of flowers.

“His goal was to introduce me to everyone in his scene,” said Stein, including but not limited to tattoo artists, photographers, book publishers, anthropologists, and local underground icons. “It was about underground photography,” she said, “how to get in in the underground world.” But to Stein, the most important person in this “world” was Gatewood, though she was at first nervous about living with him. After all, he is well-known for including himself in his photographs, and not the ones on Wall Street.

“A lot of his models fool around with him,” said Stein.

The only moment Stein said she felt paranoid was on one of her first nights there, when Gatewood knocked on her bedroom door. He asked if she wanted to go on a “photographic adventure,” and Stein’s nerves flared. She asked what it was for, but he wouldn’t tell her. She pried — he wouldn’t budge. She asked why Gatewood wouldn’t tell her what he wanted to do. “Then he said, ‘you think I’m going to do something perverted, don’t you?’”

Gatewood took her downstairs to the freezer. He pulled out a container of flowers, frozen solid in a layer of ice. They spent the rest of their night photographing them.

“The most perverted dirty thing I ever saw [Gatewood] do was walk around the neighborhood stealing his neighbors flowers to freeze in water,” said Stein. “He’s such a gentleman.”

Housing at Gatewood’s penthouse apartment was free. She only had to pay for lessons, like her flower session, where she learned to use simple but dramatic back-lighting.

He gave her lesson plans. They went through all of his four decades of work, shot by shot. How did he get the picture? The angle, the lighting? What kind of camera did he use? Is that photo legal? In one lesson, he even let her photograph him.

Gatewood also coached Stein at live events. On June 27, they attended the gay pride rally to snap photos together.

He sent her to events alone, too. On June 26, she went to the San Francisco Dyke March to shoot photos of over a thousand lesbians.

She got there early, and had to go to the bathroom. She stopped into Starbucks, and began chatting up a woman dressed in motorcycle gear.

“She was like, ‘Well honey, do you wanna ride on the back of my bike for the parade?’ And I was like,  ‘do you have a helmet?’ And she said no, so I didn’t do it. Because my dad would have been mad at me.”

“She has always had a healthy interest in sex … As long as she is street smart about where she is going and with whom she consorts, I am okay,” said Stein’s mother, Janet. “Of course I press her to find out all she can and not take things at face value.”

Stein’s friends tend to be equally accepting of her interests. So when they learned that Stein had taken frontal nude shots of Gatewood, most of her friends were not surprised.

Anita T., a fourth year painting major at SUNY New Paltz and Stein’s roommate, said Stein’s endeavors were all in the name of art, period.

“You know, some people put up sexual barriers and consider it weird because they think ‘oh, he’s out of my age range.’ People are people,” said Anita. “Life is art. Art is life. And to me, documenting life  — that’s what being an artist is, and that’s what Gabby’s doing.”

But the most important thing Stein said she learned was not really about art at all.

“If you want something, you have to ask for it,” said Stein. “Because there’s no way [Gatewood] would have known that I would have died for that opportunity.”

Grimaldi’s Keeps Tradition, But There’s Spice to Their Slice

Thu Sep 30 , 2010
Tradition is at the heart of Grimaldi’s Pizzeria, a new restaurant in New Paltz specializing in coal brick-oven pizzas. Adam Monteverde, 26, from the Upstate New York area, co-owns the restaurant, which opened its doors on Aug. 2. The establishment itself is slickly decorated with a small touch of porcelain […] 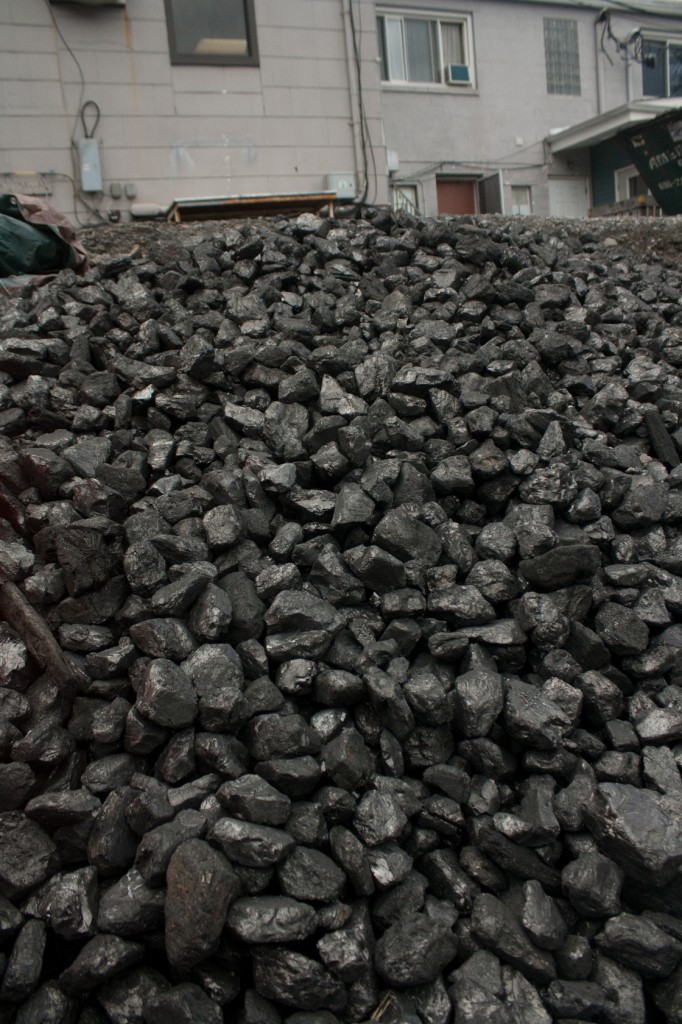