There I was, standing at the starting line with my iPod on pause and a lemon-lime Gatorade clenched in my left hand. Not in a million years did I ever think I would partake in the 5K run, Miles of Hope for Breast Cancer.

I was suddenly transported back to about two years and five months ago. I came home from work to find out that my uncle had been diagnosed with mesothelioma.

Memories of his two years of struggles came flooding back.  I saw him change right in front of me. A solid built man who was in great shape with a barrel chest became nothing but skin and bones. He was not the same man when he died last Christmas break.

Then the horn blew, and men and women of all ages were off.

The sun was tucked away behind the clouds, unable to roast me. The cool rain and dreariness were perfect for running.

Speaking of roasting, I couldn’t believe my eyes – I just saw a 70-year-old man blow right by me like I was standing still! I had a nice moderate pace going, although I did not anticipate some of the grades on this trail. I had been practicing on a nice flat track and I found myself filled with doubt as a woman twice my age passed me by with ease.

I kicked my iPod volume up. A Linkin Park song flowed through my headphones. It was time to put my head down and dig.

Before I knew it, I was at the halfway point and sucking wind.  I opened my Gatorade and managed to get some of it in my mouth, praying the sugar would give me a boost.

Nearing the three-fourths mark, I found myself looking at the signs on the ground that read  “in honor of” and “in loving memory of women that had or have breast cancer.” Suddenly, the ultimate question popped into my head: Why am I here running this 5K?

Easily distracted guy that I am, I lost my train of thought to the sounds of Three Days Grace, pushing to run harder as the music picked up.

I was approaching to the final stretch – a nice, steep, uphill path with wet, slick rocks. I felt like I was being stabbed in my right side as a cramp worsened.

I trudged onward. Never again will I have such a large breakfast before running.

I was making my way up the hill. Barely.

I needed some motivation. And what plays next on the iPod? Elvis Presley’s “Can’t help Falling in Love.”

Come on! I hate the shuffle setting!

It stopped me in my tracks and I slowed to a walk, grabbing my side in pain. However, I made sure to quickly hit “next” on my iPod.

I eventually reached the top of the grade and began running again. But in my mind, I had already failed.

As I crossed the finish line to the sounds of clapping and cheering, my disappointment washed away and I remembered my question.  I thought of my health and the health of my loved ones, and I realized I had found the answer.

Sat May 1 , 2010
Do Polaroid pictures come to mind at the mention of the name Andy Warhol? Most likely not; however, Warhol did experiment with this art form, as shown in a recent exhibition at the Samuel Dorsky Museum of Art (SDMA). “[It’s an] interesting element you wouldn’t expect-think Warhol, I thought screen […] 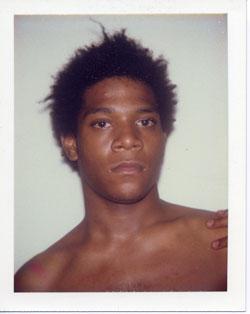