On January 21, the Supreme Court made a final decision on Citizens United v. Federal Election Commission (FEC), a judgment which allowed unlimited corporate contributions in state and federal elections and has sprouted controversy throughout the country, including the New Paltz community.

In response, the Hudson Valley Progressive Coalition, Democracy Matters, the Ulster County MoveOn Council and theUlster County Democratic Party held a public event entitled “We, the People: A Forum to Defend Democracy” on Sunday, April 18 in the Lecture Center at the State University of New York at New Paltz.

At the forum, a panel discussion was held to speak out against the decision. Participants included organization leaders such as Joan Mandle, executive director of Democracy Matters, Marge Baker, executive vice president for policy and program planning at People for the American Way and John Bonifaz, legal director of Voter Action, a national non-profit organization dedicated to election integrity in the United States through legal advocacy, research and public education. The event was also dedicated to former U.S. Senate candidate and longtime political activist Doris “Granny D” Haddock, who walked over 3,200 miles across the country with arthritis and emphysema when she was 90 years old in an attempt to call attention to campaign finance reform. Haddock recently died at age 100.

According to Barbara Upton, who gave an introductory speech, many are against this recent Supreme Court ruling. She said President Barack Obama said the ruling “strikes at our democracy itself.”

“No wonder that eight out of 10 Americans are opposed to this ruling – and that goes for people from all political parties,” Upton said. “Seventy six percent of Republicans are against Citizens United, 81 percent of Independents and 85 percent of Democrats.”

However, the opinion of Supreme Court Justice Anthony Kennedy, who delivered the majority opinion in the 5-to-4 decision, is that the prohibitions of all independent expenditures by corporations and unions were invalid and could not be applied to spending.

“If the First Amendment has any force, it prohibits Congress from fining or jailing citizens, or associations of citizens, for simply engaging in political speech,” Kennedy wrote in his majority statement.

He also wrote that since there was no way to distinguish between media and other corporations, restricting their spending could suppress political speech in newspapers, books, television and blogs.

After Upton’s introduction, Bonifaz referenced the framers of the constitution, including James Madison who said corporations were a “necessary evil subject to proper limitations and guards.”

“This is what the framers understood,” Bonifaz said. “And for the first 200 years of our nation’s history, the federal courts in this country, including the United States Supreme Court, never assigned the rights of personhood to corporations under the First Amendment.”

According to Bonifaz, it is only in the last 30 years that corporations have been allowed to act otherwise with free speech rights. Through Free Speech for People, a campaign Bonifaz launched in response to the recent Supreme Court ruling, he hopes to return the First Amendment to what he said is “its original purpose,” and stop corporations from being treated as individuals.

“They do not have the qualities of living breathing human beings,” Bonifaz said. “In fact, they have state-based advantages that you and I do not have: limited liability, perpetual life and the ability to aggregate, accumulate and distribute wealth. They alone, with their $600 billion in profits in 2008, could have more than doubled the total amount of money spent by all the campaigns combined – with less than two percent of their profits.”

Following Bonifaz’s speech, Baker said every couple of generations, Americans are faced with a turning point or “critical juncture” in history, and after this recent Supreme Court decision, the country is at one again.

Baker said that the Supreme Court currently has a 5-to-4 majority that is consistently ruling for corporations over individuals.

“If the courts are positioned as they are now to undo actions that are taken by our government for the people and for all of us, we are in serious trouble,” she said. “We have to figure out a way to come together and undo the damage that has been done.”

In response to her concerns, the non-profit organization that Baker represents, People for the American Way, has been working on different proposals and approaches. These include public financing in elections, as well as a bill that will force disclosure of money spent by corporations during elections.

According to Mandle, who gave a speech following Baker, New Paltz represents the nucleus of a “people’s movement for democracy.” She said that even though the community may seem like a “tiny bubble” compared to the rest of the nation, it can still make a large impact in widespread issues.

In his closing keynote address, Rep. Maurice Hinchey (D-Hurley) said the rights of people were taken for granted in the Citizens United v. FEC outcome and he made it clear he is against the decision.

“If we were to allow this process to occur, it will allow unmitigated spending on election expenditures, which will inevitably result in more corporate influence on these United States elections,” he said. “The more money people have, the more influence … they will be able to exercise in the context in the outcomes of these elections.”

Hinchey said he is a co-sponsor of House Joint Resolution No. 74, a bill which could amend the constitution by permitting Congress and state assemblies to regulate the expenditure of funds by corporations engaging in political speech on the federal and state level.

According to Hinchey, maintaining the best interests of the people of this country can be a difficult process and those who joined in on the event were helping to accomplish this task.

“Make no mistake about it,” he said. “Struggling to maintain this democratic process is nothing that can be taken for granted… I deeply appreciate and respect you. I thank you very much for doing this and being involved.”

Tue Jul 6 , 2010
Whether they are slamming against the Elting Gym siding to gain control of hockey pucks or hurling Wiffle balls from a makeshift mound, about 1,200 to 1,500 students at the State University of New York (SUNY) at New Paltz participate in the Intramural Program every year. According to Intramural Program […] 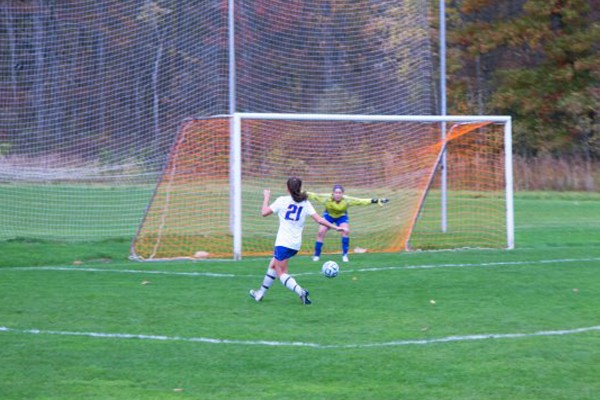