It’s midterm week at SUNY New Paltz and third-year student Sarah R. is feeling stressed out. She has to study for a test and write two five-page essays. She decides to illegally take Adderall, a prescription drug, to help her stay focused and complete her work efficiently.

“The short term side effects I have experienced are dehydration, increased heart rate, irritability, increased stamina, decreased appetite and restlessness,” said fifth-year student Christian A., who takes the drug five to seven times a week. “But I have no idea what the long term effects are.”

Dependency of this drug can be detrimental to people using it without a prescription.

“It is, after all, an amphetamine. It can cause cardiac problems, abnormal heart rhythms, high blood pressure, aggressive behavior and psychosis when used inappropriately,” said Dr. Herschel Lessin, a Poughkeepsie-based pediatrician. “For these reasons, it is a ‘Schedule II’ controlled substance, the highest level of control of any legally available medicine.”

Illegal possession or the sale of a Schedule II controlled substance is a felony.

In April 2009, the National Survey on Drug Use and Health conducted by the Substance Abuse and Mental Health Services Administration’s Office of Applied Studies, concluded that non-medical use of Adderall is a public health concern because of its high potential for dependence or abuse.

The survey also concluded that, like cocaine, Adderall increases risk of heart attack and stroke.

Kyle R. is a fourth-year student who has been prescribed to Adderall for seven years. Although not diagnosed with ADD or ADHA, he had issues with staying focused in high school. His parents and doctor decided that Adderall might be a good solution.

“At first, I took it pretty frequently as recommended by my doctor, but once I came to college, I only took them before tests or before doing work all night,” Kyle said. “So, I had extra pills to give or sell to friends so they could get their work finished.”

The average price to illegally obtain a 15 to 20 milligram pill of Adderall is around $5. Often times generic versions are available at a cheaper rate.

In an article written for the journal Nature by Martha J. Farah, director of the Center for Cognitive Neuroscience at the University of Pennsylvania, it described a college survey which showed as many as 25 percent of  students have used this drug to study in the past year.

“It’s [Adderall and Ritalin] also a little worrisome, because basically that extra motivation that you feel when you’re using these drugs is the result of the drugs’ effects on the brains reward system,” Farah said.

Some students continue to use this illegal substance as a study enhancer and choose not to take the advice of medical professionals seriously. Others even feel that the drug should be easier to purchase.

“I am a large proponent of allowing it to be sold over the counter,” said Christian A.  “[Adderall] enables you to be more productive in almost any task, be it school work, cleaning or laundry.”

Fri Apr 16 , 2010
A group gathered in front of Village Hall, doling out bright red masquerade masks to anyone who was curious enough to wander near the van. Children ran around, dressed as crayons, zebras and trees. A woman with a black painted face wore a beak and chatted with a polar bear. These people were all participants in […] 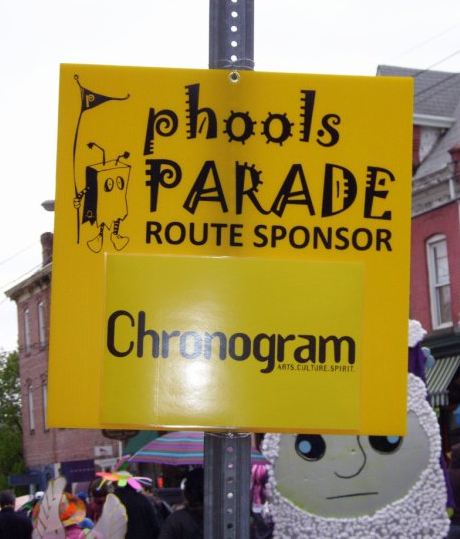