A group gathered in front of Village Hall, doling out bright red masquerade masks to anyone who was curious enough to wander near the van. Children ran around, dressed as crayons, zebras and trees. A woman with a black painted face wore a beak and chatted with a polar bear.

These people were all participants in the first annual Phools parade in New Paltz, N.Y.

Eileen Hedley, G. Steve Jordan and Melanie Cronin, the parade organizers, are local artists who enjoy getting the community involved in expressing art.

“We just want to come out and celebrate art,” said Hedley. “We want to get art out there in an exciting way and what better thing to do than have a parade.”

Hudson Valley residents participated and showcased their artistic talent. The march started at Peace Park and continued through Main Street, ending at the Water Street Market. The streets were crowded with people, eager to see what crazy costumes would come strolling down.

The parade left the park around 2 p.m., led by Eva Tenuto and Julie Novak, the grand marshals and founders of Starling Productions, that is currently producing “Too Much Information” at the Rosendale Theater. Following close behind, a bagpipe player added a bit of musical flair.

“Lets see how foolish with a “PH” you could be!” shouted Novak, through a megaphone. Looking foolish wasn’t the crowd’s only motivation for inventive costumes. The winner of best costume or art piece won $250.  Many people went all out, creating large, float-like pieces to strut down Main Street.

While some people came for the cash, others came to experience something different.

“I’ve been so stressed so I wanted to do something weird and crazy,” said Rachel DeVona, a second-year art student at SUNY New Paltz.

Some people were nervous that poor weather conditions would deter people from showing up, but the rain didn’t seem to be a problem.

Many organizations came out to the parade and showed their support. Jacinta Burnell, owner of the Broads Regional Arm Wrestling League, was there with her league to march along, regardless of the weather condition.

“I’m just excited to be a part of it,” said Bunnell, wearing a large pink dress and pink wig, all part of her arm-wrestling persona.

The parade also featured locals showing off their respective talents. Hula-Hoopers marched down the street performing various tricks and local musicians, Los Doggies, stayed at the tail end of the parade providing music. A woman dressed as a bunny went around offering free poems.

The parade lasted around 20 minutes and ended with hoards of people gathered to hear who won the $250 cash prize. The winner, which was based upon audience applause, was awarded to a large, detailed bird that stood at the front of the parade line.

Participants and those passing by the parade may have wondered: why phools with the letters ph?

“Because we are artists and we could change the spelling if we want too,” Hedley said. “Why not?”

Fri Apr 16 , 2010
Evolving from a club to a recruiting class, the Women’s Lacrosse team at the State University of New York at New Paltz has come a long way as the team progresses on the varsity level. In March 2008, informational fliers were put up on campus about a lacrosse club that drew […] 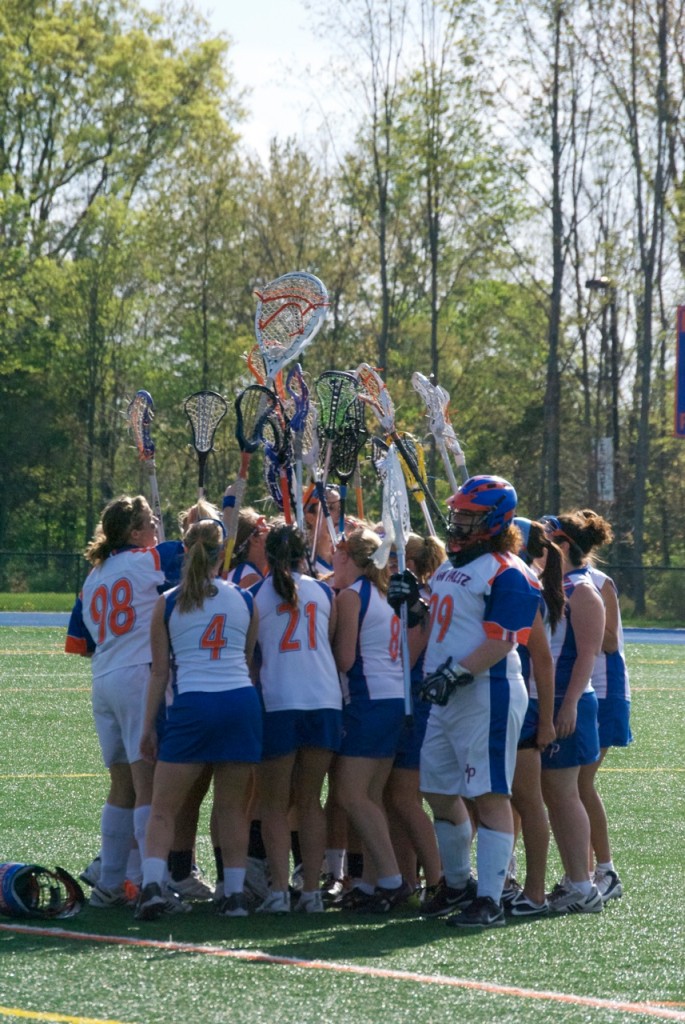