It’s opening weekend for the new Twilight movie and I’m in a half-full theater with my college roommate, Aubrey. We both said we didn’t want to go, yet we found ourselves splitting a bag of popcorn and being sandwiched between 14-year-old girls adorned in Twilight paraphernalia.

Aubrey and I have a long history of going to see awful movies together and griping about them on the way home. It’s obvious this Twilight installment would be no exception.

On the screen, Bella, an awkward yet average girl is whining over the loss of Edward, her creepy vampire boyfriend.

“So, do you wanna leave?” Aubrey asks. I can see her fingers convulse toward the car keys in her pocket.

A matronly woman in her late forties turns her head and lets out a “shhh!”

Aubrey and I are more amused than chastened. We turn our attention back to the movie, trying to find the plot underneath all the grand proclamations of love and desperate cries for attention.

One of the girls next to me gasps. “It’s so romantic,” she whispers to her friend. They’re clad in “Team Jacob” t-shirts.

The woman in front of us turns around again. Her friend is frowning sternly.

“You might think you’re being quiet,” the woman starts to say. The frizzy pouf on top of her head flops indignantly as she talks. “But you’re not. We’re trying to watch the movie.”

“You’re not funny either,” her friend added.

Aubrey is biting her lip to keep from laughing.

Taylor Lautner, the new “hot, young thing” in Hollywood, is on screen stripping his shirt off to expose pretty impressive abs.

The ladies in front of us nudge each other. One even fans herself dramatically.

“Is this what they wanted to see?” Aubrey whispers.

“You know, you’re sort of beautiful,” Bella tells Jacob Black, his shirt now pressed to a gaping wound on her head.

Students Look Beyond the Mask

Thu Mar 11 , 2010
Julius Carallo, 62, recently separated from his wife of 25 years. A few years prior, his son Paul was murdered while attending school in California by Neo-Nazis. Clown Chips, however, seeks to get a laugh out of anyone he encounters, all with a smile painted permanently across his face. Three […] 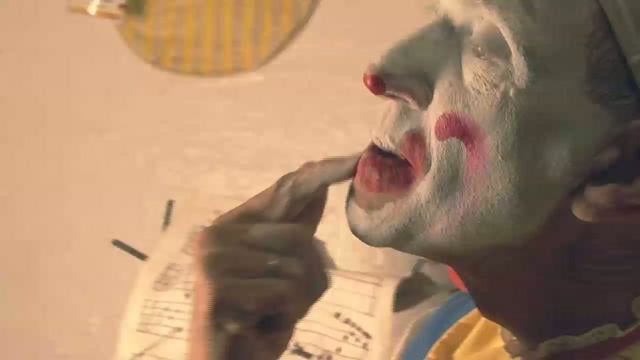