The college’s first theater production with a live audience premiered on Sept. 30. One student recounts what it was like to witness the show.

Fully masked people huddled in the lobby of McKenna Theatre on Sept. 30, waiting for the doors to open. The room was abuzz with excitement, from those who worked on the show to those who had nothing to do with the production. People stood in small groups holding pink tickets, waiting for their reserved seats. The pandemic underscored the event. Actors and audience members wore masks, there were no in-person ticket sales and student IDs or vaccination cards were checked before audience members walked in. It wasn’t normal, but it was as close as we have gotten in a while.

The doors finally opened to reveal a turf-covered stage lined with blue mats. Upstage, there was a turf wall that hovered above the ground with one of the corners tilted down so it looked a bit like a diamond. People sat with friends they had arranged seating with. The audience was filled with theater students, as this performance was the first opening night gala in months. The theater tradition stopped during the pandemic. Small conversations died down as Ken Goldstein, chair of the theater department, gave his usual opening speech. Then the performance began.

The entire cast ran onto the stage, practically bouncing and dancing around each other, during the opening song. “The Wolves” is about a high school soccer team and features an all-female cast. Playwright Sarah DeLappe wanted to “paint a picture of teenage girls as human beings who were trying actively to figure out who they were in this changing world around them,” and the show does just that. The dialogue was casual. Typically, multiple conversations went on at once and the personality of each player, known only by the numbers on their jerseys, shone through.

The characters run the gamut on personality, from Gina Lardi’s strict team captain to Molly Walsh’s goofball character, 13. The entire cast successfully made each character memorable and different. Standout performances included Angelina Bell’s harrowing depiction of the anxious, overwhelmed goalie who struggles to speak to her teammates, and Amber Rose’s mean girl character that was reflected in her body language consistently throughout the show.

The lights and sound create the world of this air dome turf. Lighting designer Abby Rose’s inventive usage of shadow and lights that blind the audience enhanced the raw emotional world of the show, wrapping the entire theatre in the world of the play. Sound designer Sun Hee Kil’s use of buzzers and audience chatter set the intensity for the scenes at hand.

The show’s conclusion left many audience members emotionally charged, both because of the haunting content of the play, but also because of the experience of feeling those emotions together in a theatre again. The audience leaped out of their seats for bows, applauding and hollering as loud as they could.

Joñi Chao Honeywell, stage manager for “The Wolves,” said, “it’s crazy to think that the show I’ve been working on since June just opened, and to a live audience. I was scared that I was going to graduate without having done theatre for a live audience.  Now I don’t have that fear!”

As people filed back into the lobby, conversations became more animated. The air hummed with fidgety excitement. Hunter Lypen, props assistant for “The Wolves” said, “I knew it was going to end, but I didn’t want it to.” We exchanged gushing compliments over the show and all the theatre students were led out to the picnic tables outside McKenna to begin the gala. Theatre students gathered in clumps chatting excitedly about the show.

Eventually, crew members joined their fellow students as their tasks finished up. Many were met with excited congratulations for their hard work, screaming and laughing and hugging their friends. After a while, applause suddenly erupted as the entire cast came out of the stage door together. The cheering somehow rivaled the standing ovation they had just received. Gina Lardi later said, “There were so many excited faces. Everyone was buzzing about [the] gala even before it was officially announced that it was happening, so having it come back and having so many people just so excited, it was just an indescribable feeling.”

Four more performances of “The Wolves” will run from Oct. 14 through Oct. 17. Tickets can be reserved online.

Ashlie Morrison is a senior originally from Rochester, N.Y. studying theatre and journalism. She has written pieces for The Teller, The River, and The Little Rebellion. She hopes to continue to pursue her curiousity in a variety of topics through journalism.

Everything You Need to Know About the November 2021 Ballot Proposals

Thu Oct 7 , 2021
There are five statewide proposals on the ballot for this year’s General Election. Here’s what upcoming voters need to know about each measure. This story has been republished with permission from the Legislative Gazette. Five ballot proposals will be put before state voters on Nov. 2 during the General Election. […] 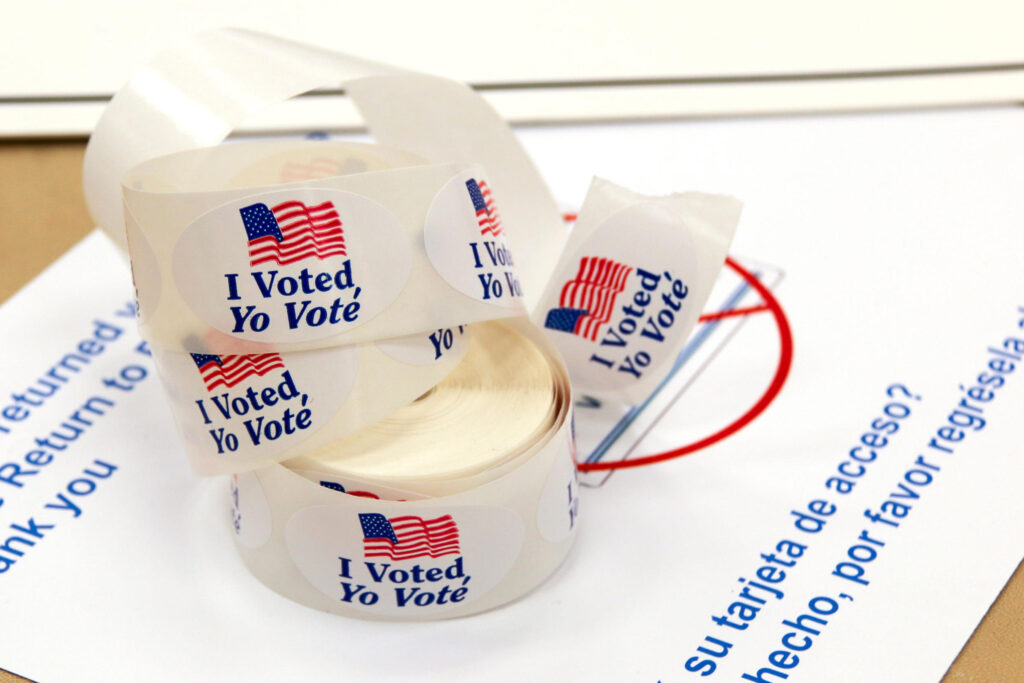