The G13 suite on the ground floor of Mohonk Hall at SUNY New Paltz is just like any other college friend group. “We definitely have a reputation for being a party room. That’s one of the reasons we decided to move into the suite together,” said Quinn Stevenson, one of the residents of G13.

The suite consists of seven transfer students with some third and fourth-year students. It’s the last semester for some of these students as they prepare to graduate this coming May and move into broader horizons. These last few months together could be described as their “last hoorah” as a whole group.

Stevenson paints a brief yet vivid picture of the friend group,“we’re just guys being dudes.” He went on, “We spend a lot of time out in our common room, playing video games, drinking beers and watching sports or Family Feud. I love that Steve Harvey,” he said with a laugh.

However, for the G13 suite and the three other suites living on the ground floor of Mohonk Hall, their semester was disrupted abruptly—and no, this story is not about the COVID-19 outbreak.

“We were watching the NBA All Star game, slugging some brews and then we heard some of the girls from across the hall shouting outside our door,” said Thomas Mahoney, another resident of the G13 suite. “They sounded like they were panicking. That’s when we saw water coming from their room and spilling out onto the carpet in the common lounge area between all the suites,” Mahoney continued.

Initially these students were told that this ordeal would only last “a day or two.” That’s not what happened.

Residence life came in to coordinate a plan of action for the students living on the ground floor. Despite living in suites of between four and eight people, all students in the suites were split up into groups of twos and given assigned living arrangements at random dorms across the campus.

Initially these students were told that this ordeal would only last “a day or two.” That’s not what happened. Instead, residence life told the refugees they’d have to move all of their belongings into the main lounge for storage and gather supplies they wish to take with them to their living assignments because more time was needed to handle the sloppy mess. Then the time table jumped from two days to 14.

“They told us that we’re going to be able to move back on March 6th; that’s a couple days shy of three weeks,” said Eric Salaway, G13 resident. These three weeks came after SUNY New Paltz announced a mandatory evacuation for the contaminated water supply on February 12th, making it almost a month without being able to live in their suite.

While water caused some property damage, G13 residents were more upset about how much having to relocate impacted their daily routines. “We never really had to reach out to anybody in the suite to hangout, we were all just there; now that we’re all in separate rooms in separate suites, we don’t hangout nearly as often,” said Salaway.

At the suite, the common room pretty much became a place to relax, hang out during the day and party at night. “That was the whole point,” Stevenson said, noting that “now there is no common place for everyone to gather.”

Another resident of G13, Jacob Stempin, wasn’t fond about the relocation. “None of this is ideal, it threw a wrench in our semester. I don’t think any of us feel that our situations are ideal right now.”

Sadly, after being apart for nearly a month, residents of the suites of Mohonk Hall had only one week together before the COVID-19 outbreak sent all SUNY New Paltz students packing. An order by Governor Andrew Cuomo effectively started a distance learning policy for the remainder of the semester.

While their time back together was short lived, they definitely made the most of it. “We knew we had to celebrate,” Mahoney laughed. “I was just surprised that I remembered how to play beer pong after all that time.”

Tue Mar 24 , 2020
Friday, February 7 marked the opening of New Paltz’s second Vietnamese restaurant on Main Street: Pho Tibet. After months of renovating what was once CafAmelia, a cafe and small performance venue frequented by students, the restaurant is hoping to recoup some of their losses from unexpected delays.  Their namesake, pho […] 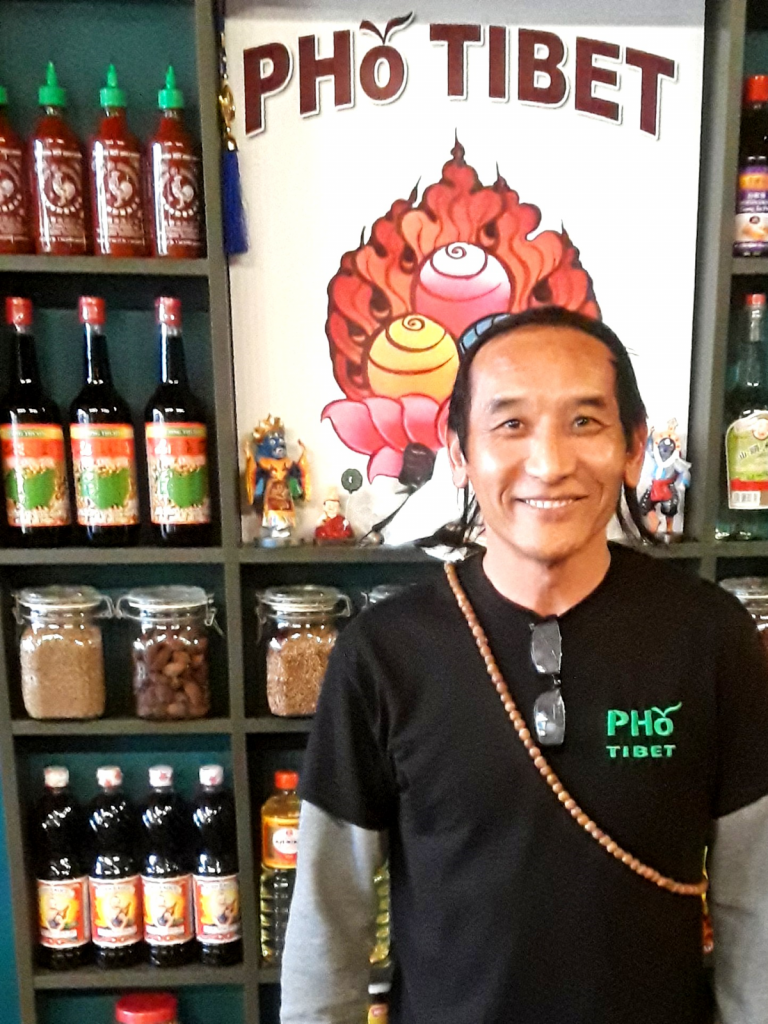