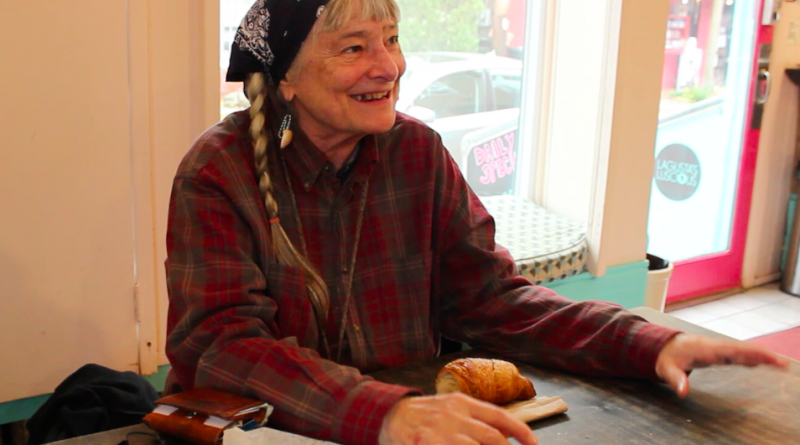 Packaged and Edited by Victoria Cymbal

Global movements are happening left and right to compel government action to avoid the intense impacts of climate change. Many people are refusing to sit and wait for the government to take action and are doing so themselves.

New Paltz consists of the many that are no longer going to wait around for the changes they wish to see happen in the government when it comes to climate action, especially 77-year-old New Paltz local Margaret Lewis Human. Human brought the environmental movement and advocacy group Extinction Rebellion to the village of New Paltz this past summer.

“I think all the other social problems we face as a country would not matter if we first didn’t solve this climate crisis we’re in,” says Human.

Human was born in the post World War II era with her family in Utica, New York. Human’s father co-owned a small bed factory with his brother in Utica which was originally their father’s company. Human’s mother lived the role of a housewife raising four children. She often played records of classical music to familiarize her children culturally, guiding them to study hard and take music lessons. Their family met at the dining room table most evenings for dinner, discussing the current news.

Human grew up with her sister and two brothers in their parents home. Human’s mother raised the four of them with the idea that they were meant to save the world. Her mother’s intention was in the manner that they owed something to society. Her siblings felt a sense of pressure from that idea, but Human thrived off of it and “absorbed it as what you do in life.”

Human was waiting for someone to do something about the climate as of a few years ago when she realized she was getting older. The urge came for her to prioritize and focus on something that would be impactful in helping the world. The overarching problem of the climate influenced Human to make phone calls and write letters but no action was happening.

Then came along Extinction Rebellion, also known as XR, an environmental movement. The group was founded on Oct. 31, 2018 in London where they began their rebellion by blocking transit routes in major English cities. The group uses nonviolent civil disobedience to compel government action to bring attention to climate change. Once they formed in London, there was a domino effect and other communities around the world formed local XR groups.

“My role, at first, was to get the group started,” says Human. “My role now is blockading and getting arrested. It’s not fit for anyone else.” Human decided she wanted to spend her later years in acts of civil disobedience. The leadership of the group has since been passed down to a younger crowd of people that Human describes as talented and wonderfully competent.

Kickstarting an organization of any sort is a lot easier with help. Fellow activist and New Paltz local Steve Greenfield has been advocating for social justice since he was 15 years old. When Human was looking to start XR activity in New Paltz, she called Greenfield up for support and they agreed that same night to start an XR chapter in the New Paltz-Mid Hudson region.

“Margaret is finally being recognized as the inspirational icon those who have known her for many years have always understood is deserved. She, of course, is far too modest to recognize that this has been developing. She’s a very dedicated and self-sacrificing worker. Isn’t that the kind of person who should be iconic?,” says Greenfield.

On Nov. 2, the New Paltz Peace Park was flooded with community members and students, all spread out along the hill to attend the Honor Diversity Defeat White Supremacy rally and march. The event was sponsored and supported by 36 different organizations including New Paltz Women in Black and Citizen Action. Almost 200 people in total came to participate from the community.

The sun was shining brighter than most November days causing many to wear a combination of sunglasses and scarves. The sounds of numerous conversations absorbed the air alongside the Tin Horn Uprising Brass Band who occupied the grass near the bridge located next to Plattekill avenue resembling a barrier that divided the people at Peace Park from the busy road.

Human was standing with confidence within the crowd with her back tall despite the cane she held in her right hand. The sun reflected off of her grey hair styled in pigtail braids that rested on her shoulders. Being one of the people with a pair of shades on, she never once let the warm, inviting smile on her face fade away whether she was engaging in conversation or standing in line to make a speech or performing with the Resisterhood Choir.

The Resisterhood Choir is a women’s activist group that sings songs with the intention to protect humanity, civil liberties, and the environment resisting against the injustices and negativity that affect the world today.

“You’ve got to put one foot in front of the other, and lead with love. Lift up your eyes, don’t you despair, look up ahead, the path is there,” the Resisterhood Choir sings. “Well I went down to the jailhouse and I took back what it stole from me. Took back my dignity, took back my humanity. Under my feet, they’re gonna let the system walk all over me.” The inspirational lyrics ring with minor chords that sit with you for the rest of the day.

Activists, including the New Paltz Women in Black, often meet on the corner in front of Elting Memorial Library right off of Main Street in town. It’s common to see a group of activists on this corner gathering for their “weekly vigil.” Standing next to Human is fellow activist Rosalyn Cherry. Cherry participated in activism and grassroots movements while living in Manhattan over the past 33 years and moved to New Paltz in 2008. Cherry has known Human for years often seeing each other at the New Paltz Climate Action Coalition meetings.

The rallies and marches that take place in New Paltz are definitely not Human’s first experiences with protesting social and ecological injustices.

Human was in her first year of college when she had her first daughter and decided to drop out in the early 60s once she was pregnant for the third time. After dropping out, Human, her first husband and their three daughters moved to New York City for about four years. During this time, she would support her family by working in entry level jobs, mastering them and then moving onto something new once she felt bored. While Human lived in New York City with her family, the Vietnam War was taking place.  There were numerous protests happening in the streets of the city that Human would attend and feel no hesitation in bringing her children with her.

One evening when Human was picking her daughters up from daycare, she heard her children leading the chant, “Hey, hey, LBJ! How many kids did you kill today?” while jump roping in the schoolyard playground. After this experience, Human decided she wouldn’t be bringing her children to the protests with her any longer.

Widowed by her second husband in the 90s and filled with “postmenopausal zest,’ as she described herself, Human decided to join the globalization protests in the early 2000s against the International Monetary Fund/World Bank during their annual meeting. The protests were against the “corporate-led” forms of globalization. A little over 600 people were arrested during the protest, Human being one of them.

This was her first experience with being arrested and she thought, “This is something I can do. A lot of people, like my sister-in-law, admit they couldn’t handle something like being arrested, but I am able to deal with it when it’s something that I care about.”

In Fort Benning, Georgia in 2004, Human experienced four days behind bars with a group of 15 other women. About 20 people out of the 16,000 who attended were arrested during this event. This protest was a popular annual event, so Human went with a group that planned to travel for the occasion. The protest was against the U.S. Army Schools of America, urging it to be closed due to allegations of abusing basic human rights violations.

Human and the other protestors set up what they called the “global village” using cardboard to create fence-like structures in front of the gate of the property which eventually led to their arrest by the local police department.

Waiting to be arraigned before they ever saw a judge, Human and the other protesters were divided into cells based on their gender and spent the next four days in a “spacious suite-like” cell where they fasted and barely slept creating their own version of a “psychedelic experience.” Refusing to see the judge before seeing their lawyers, the women used the stainless steel toilet and metal bars for a drum beat and started to chant, “We want to see our lawyers because we have the right!”

In more recent times, SUNY New Paltz held a discussion-based event with Congressman Antonio Delgado (NY-19) on Oct. 10. Members from Extinction Rebellion attended with their tactic in mind to “disrupt business as usual.” Human was taken out of the event early on for speaking out during the discussion, but continued to sneak back in any chance she got to speak out over Delgado until she was finally arrested for disruption. Greenfield was another member from Extinction Rebellion to be arrested at this event.

“We planned the interruption in advance. Delgado and the moderator had come in with a prepared narrative. We forced a change in the narrative that put him [Delgado] and the moderator completely on the defensive, and on just one topic, his complicity in preventing meaningful action against climate change. We showed concerned people what actual resistance, which is a verb, not a hashtag, looks like, and attracted new members,” says Greenfield.

On Nov. 16, Human woke up at 4 a.m. to chain herself to a tractor in 14 degree weather with the community group ResistCVE. For about eight hours the group blocked the entrance of the Cricket Valley fracked gas power plant in Dutchess County. A group of ten people were sitting in protest. After eight hours the police finally cut Human out of the chains using power tools and proceeded to arrest her.

Today Human rents a room in New Paltz from her eldest daughter who owns a Victorian mansion near town. She doesn’t drive, so living in a town like New Paltz where anything you might need is within walking distance made sense to her. The feeling of needing to do things and focus on making the world a better place has only progressed since living in New Paltz.

Sitting in the local coffee shop, Human was wearing handmade shell earrings chewing on a croissant and had one final thing to say before walking back home.

“Things can look really terrible, and then they can change if you want it to. My idea of the magic of changing things is that everything has a trajectory and you can project how things are going if you just move it to where you are. Your will to change will make all the difference for the future.” 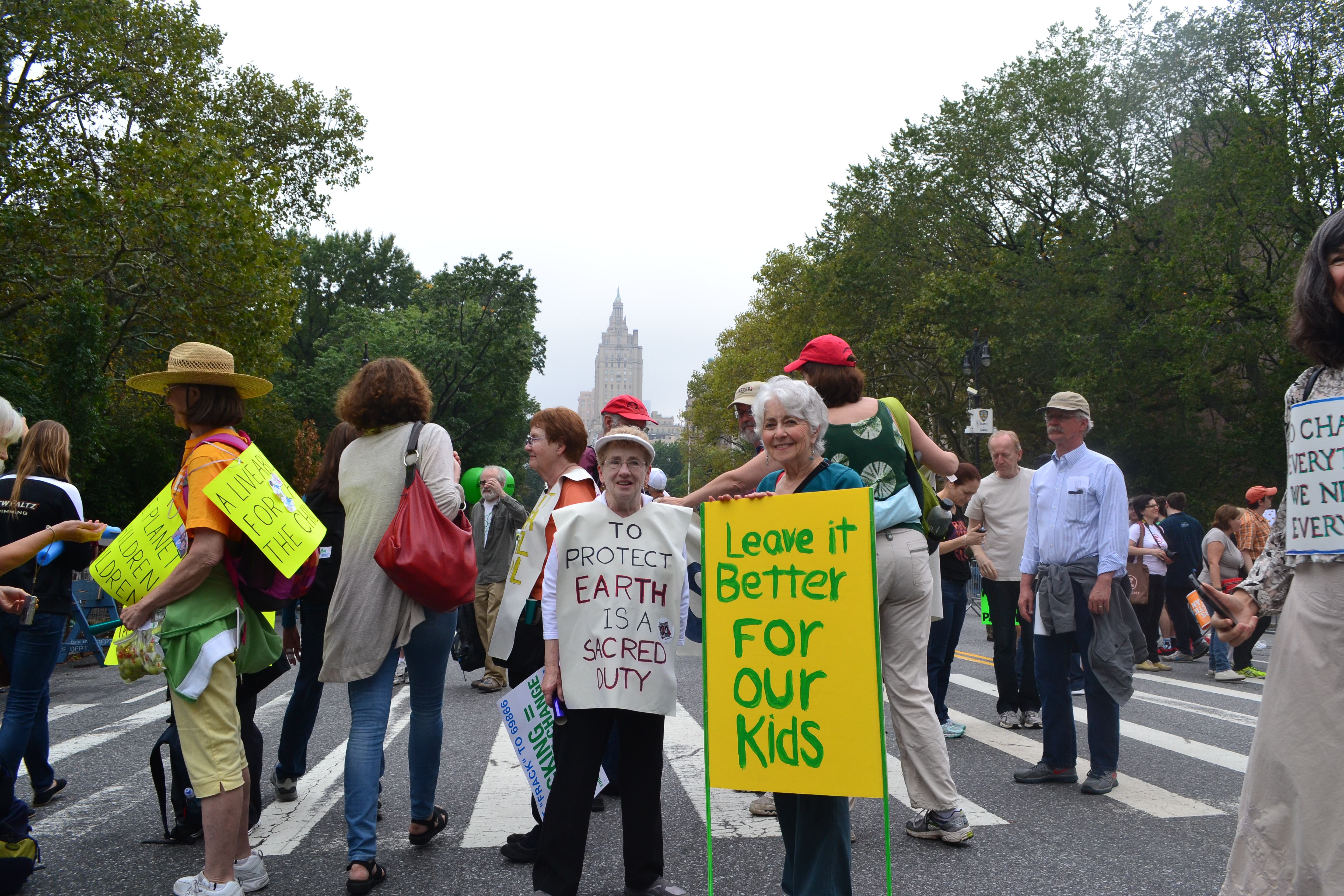 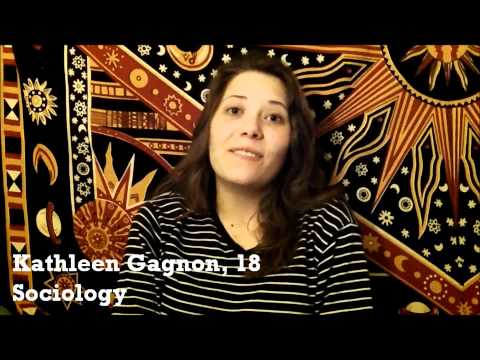 The past, present, and future goals of New Paltz students

March 29, 2012 Jennifer McGreevey Comments Off on The past, present, and future goals of New Paltz students 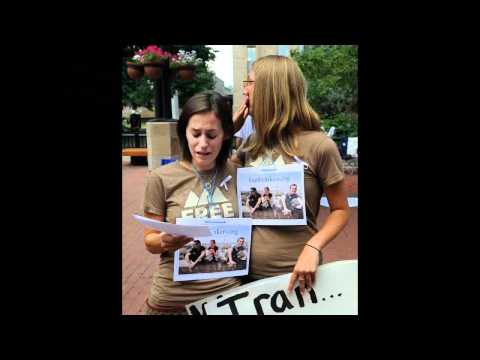