Ian Hart, a senior at SUNY New Paltz, has not only set up a successful photography business, but has also taken his money-making pursuits online. Specifically: to Amazon. If you don’t see him around taking head shots for theatre majors, making rounds in Bevier Hall as a senior residence assistant, or in his Communication Disorders classes, you might encounter him on the web. He has set up an extensive Amazon account which sells hundreds of items ranging from Sriracha Heinz Ketchup, to used textbooks, to patio door insulator kits. Last year, he sold 1,115 items; this year he has sold 4,323 items, and it’s only the beginning of October. With his business, photography, and personal skills, one might refer to him as a “renaissance man”. But he just considers himself a normal 21-year-old trying to make it through college.

Self-employment is certainly not a new concept, but in today’s economy it is becoming increasingly appealing to college graduates. Don Furman, a business professor at SUNY New Paltz and a self-employed accounting and financial planner explained what makes self-employment so attractive. “When you’re self-employed you can control your own destiny, you’re your own boss,” Furman said. “But the amount of effort you put into it directly correlates with your success.” So if one is prone to slacking off, the business won’t last.

Hart is ahead of the curve, having started both businesses his freshman year of college.

His photography business took off after doing product photography work for a flower company– his first real paying job. “After that I was like maybe I can apply this to college, so I started out giving away free head shots to theatre majors,” he said. He advertised aggressively toward the theatre department his freshman year, and the business began to grow. Now he has a flat rate of $75 for head shots. The Amazon business launched after his first semester of college. “I had my textbooks that I got for class, so I decided to sell them and I made a profit,” he explained. “Now I just buy a lot of merchandise on clearance at Target and Walmart and sell it on Amazon.”

Before he buys items, he checks to see their prices on Amazon to make sure they’ll sell for more than what he’s paying. Hart spends about three hours every day while at school maintaining his Amazon store, and when he’s at home he’ll work about six. But despite his careful calculations, not everything he buys on clearance sells. “There is one item that I bought from the Disney store that was profitable then, but all the other sellers on Amazon found that same item,” he said with a smile. “Now it’s saturated with that one item, so the price went down so much that I can’t make a profit. I’m just hanging on to 40 Muppet dolls in the warehouse, waiting”.

Despite the 40 slow-selling Muppets, which originally started as 82, Hart doesn’t seem too worried. As I look around his dorm room, it’s kept well organized. His desk is neatly set, with extra shelving for photo paper and a printer, and his laptop is on a stand so he doesn’t have to hunch over. All of the items that he sells, which used be stored in boxes in his closet, have been moved to an Amazon warehouse. But under his bed he’s shoved so much stuff I can barely tell what it is. The only art on his wall is a blown-up photo he took at Mohonk Preserve.

Hart thinks he is an entrepreneur by nature, but he began building his business skills at a young age. “In elementary school I used to sell candy, Pokemon cards, and I think that’s what I’ve always had in me, you know? But I’ve learned tactics on how to find inventory for Amazon, when to buy and when to sell, when you shouldn’t buy, and so on.” The importing and exporting trade is certainly not new to America, but the whole art of buying and selling items on Amazon and eBay is a relatively new business. Surprisingly enough, Furman has several clients who do the same thing as Hart and make a living out of it.

Hart has considered changing his major to business, but has stuck with Communication Disorders because he likes helping people. “He’s the jack of all trades,” his former co-worker Kim Cincotta says. Cincotta worked with Hart as a fellow residence assistant from Aug. 2014 to May 2015; the two first met in 2012, when Hart photographed her after she was handed one of his business cards. “When I was photographed by him I had literally met him that day, I was a little nervous,” she said. Despite being a complete stranger at the time, Cincotta admits she had a lot of fun getting her head shots done. “He does great work, I’ve recommended him to a lot of my theatre major friends.”

“I would like to keep doing photography after college,” he says. “I want to get into wedding and engagement shoots, that would be cool.” For Hart, photography is more of a hobby he can make some money out of than a business. But his Amazon account is what really brings in the cash.

“Anyone can do it if they put the effort into it. It seems like a lot, but just take everything one step at a time. Invest in small things here and there.” He chuckles a little, “I was thinking like, should I get a part-time retail job? but I’ll probably stick with Amazon.” 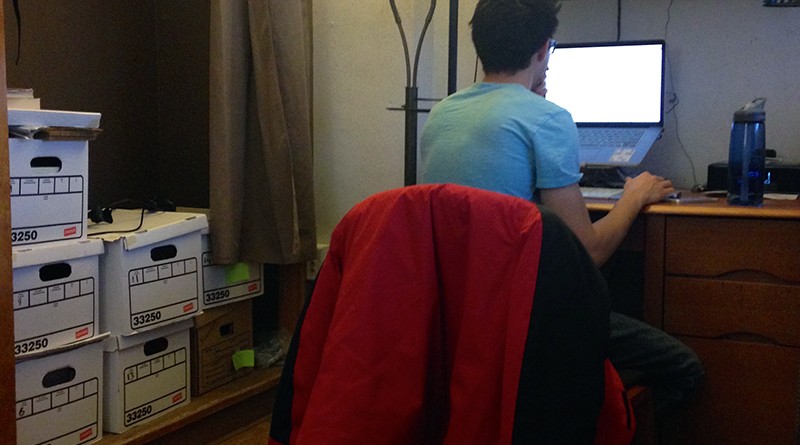 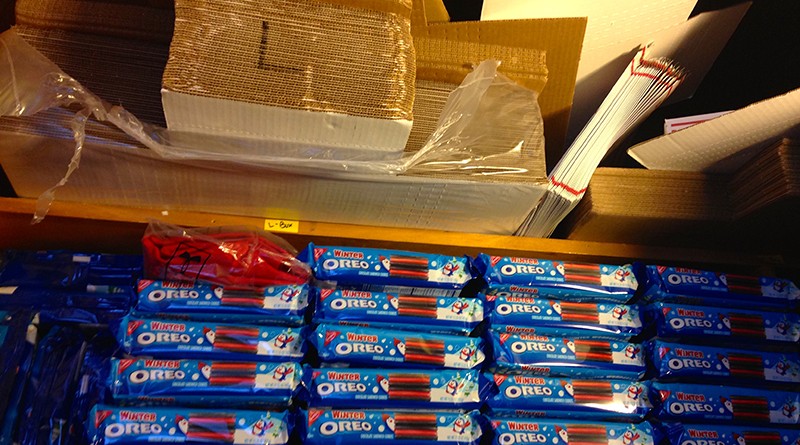 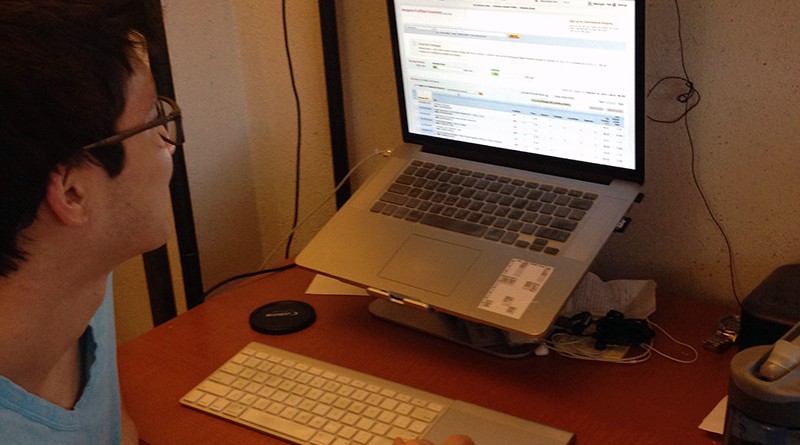 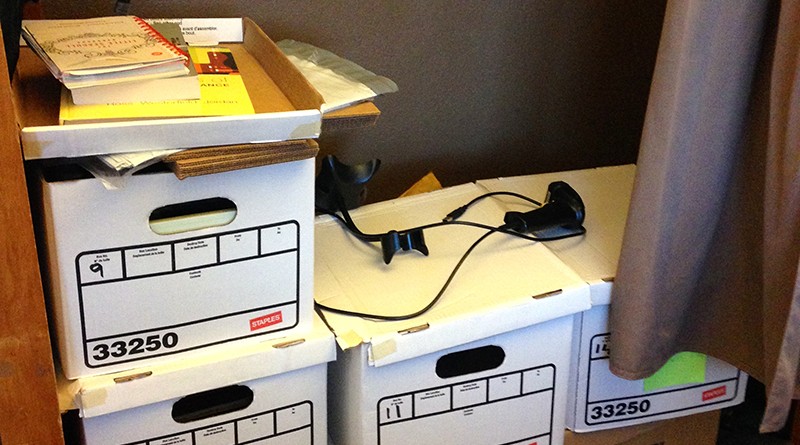 Being Digital: The Age of iPhone Addicts

Thu Oct 22 , 2015
By Holly Lipka and Liz Gaschler “A desire is never simply the desire for a certain thing. A desire to be fully filled in, met so that I desire no longer. It’s always also a desire for desire itself. A desire to continue to desire.” Slavoj Zizek — ‘The Pervert’s […] 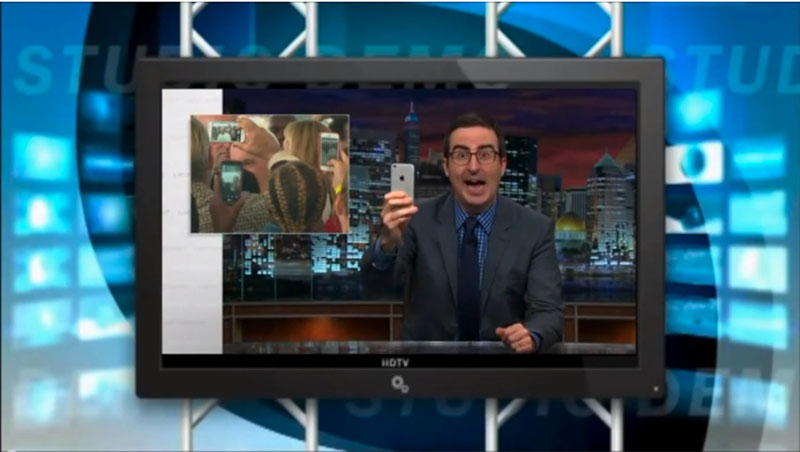