By Ella Graffin with contributions by Alex Prawdzik

On April 28 the New Paltz College Terrace was graced with the comedic presence of the alumni pair Brian Scolaro and Paul Schembri for Media and Journalism Week. The audience consisted of a mix of students, faculty, and their older alumni.

This audience set a peculiar scene unlike the dimly lit, slightly intoxicated audiences in comedy clubs and bars that Scolaro is used to.

“The mood of this place was really hard, when I walked in there was no music playing,” he said. “It looked like a Bat Mitzvah where somebody had just died.”

But despite the unique setting and audience, Scolaro was making everyone laugh right away. The ice was quickly broken and the audience started laughing at Scolaro’s “fat jokes.” He said, “It’s really hot in here, I’m winded, I just walked 10 feet…that’s a big stair…that’s the fat guy’s natural enemy, stairs…and kale.”

As the stand-up act continued the room was filled with laughs at the raunchy jokes. Scolaro frequently reminded the crowd that it was a “free” show after a particularly inappropriate joke or comment about the setting.

During his time at New Paltz, Scolaro hosted a radio show called “That Damn Show” on WFNP. After graduating from New Paltz in 1995, Scolaro found his calling as an actor and stand-up comedian.

Gregory Bray, assistant media professor, shared a personal story about the impact Scolaro’s radio shows had on him as a high school listener. “(Scolaro) gave me my nickname in high school which is ‘Gregor King of the Hills,’” said Bray, “which is something I still wear like a moniker and I’ve never actually told any of my students before. But now you know.”

Scolaro is best known for his half hour Comedy Central special “Comedy Central Presents: Brian Scolaro” and has appeared on Mad Men, Dexter and Grey’s Anatomy. He ended his stand-up session by thanking the audience, and saying that it’s good to be back in New Paltz.

Thu Oct 1 , 2015
The New Paltz Hawks men’s soccer team has had their best start to a season in program history. The Hawks began playing in the State University of New York Athletic Conference (SUNYAC) Friday, Sept. 25. As of Thursday, Oct. 1 they have a record of 6-3. Produced by Melissa Kramer […] 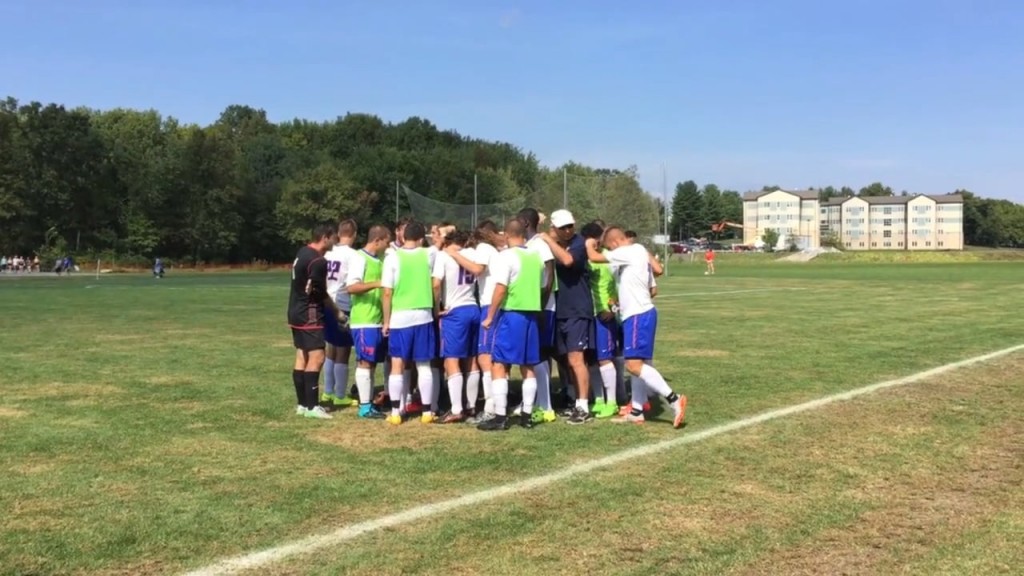