You shake their hand with a semi-assertive handshake. You try to maintain eye contact. You try to smile. There, you’ve just made a first impression. How important were those first few seconds to the stranger you just met? SUNY New Paltz students, now in the fourth week of classes, have different perspectives on the power of first impressions, in and out of the classroom.

The question of first impression permanence has interested the psychological community for years. In 2006, two Princeton Psychologists found that it only takes one tenth of a second to create a first impression of a stranger. Granted, these impressions are gathered simply by looking at the stranger’s face, but this fraction of a second makes a more lasting impression than longer and repeated exposures to the same person.

Steve Dimeglio, a fourth-year environmental geochemical science major is aware of his own natural inkling to judge first based on a stranger’s appearance.

Forbes magazine contributor Carol Kinsey Goman says “… Nonverbal cues have over four times the impact on the impression you make than anything you say.”

So, logic would have it that in order to have control over the impression you’re making on a stranger, it is in your best interest to make those nonverbal cues count in those first few seconds. In face-to-face situations, people use their gut instincts to evaluate another person, even before they speak, according to Science Daily. “They focus on how that person makes them feel,” says Paul Eastwick of the University of Texas, Austin.

Valerie Stanson, fourth-year biology major said she finds it helpful to go with her gut when it comes to meeting new people. She can get a feel for someone based on how they act.

“I feel like general demeanor is important. Someone can be smiling but be disingenuous. I give people the benefit of the doubt though,” says Stanson.

Like Stanson, Javier Montero, second-year mechanical engineering major, strives to be thoughtful with how he interprets first impressions.

“I usually give people more time for a first impression,” Montero says. “I give other people the same chance I want when I first meet someone and need to get comfortable.”

This generous mentality does not, however, apply to professional situations, especially when an interviewee is the one making the impression.

Dawn McCaw, Assistant Director of the Career Resource Center feels that mastering first impressions in a professional setting, especially when interviewing for an internship or job, is critical.

“When you meet a friend there’s more flexibility to make a second impression,” McCaw says. “There’s relationship management that occurs with friends – you can approach that person again.”

With professionals who are looking to hire, “they are making that decision about you based on that first 15 to 30 seconds,” McCaw says.

Some SUNY New Paltz students are flexible with their initial judgements when meeting someone for the first time and believe that a first impression is just one part of many that count. Melissa H., a fourth-year speech pathology major maintains that they can’t be taken to heart.

“First impressions don’t necessarily give a person enough time to show their true colors or personality,” Melissa says. “I try not to take a first impression too seriously.”

How important is it to make a good first impression?

Thu Sep 25 , 2014
Following the approval of a new constitutional amendment by voters in November 2013, New York is set to approve four resort-style casinos across the state this fall. The casinos will be spread across three regions, with one casino built in each region. New Paltz falls into the Catskills/ Hudson […] 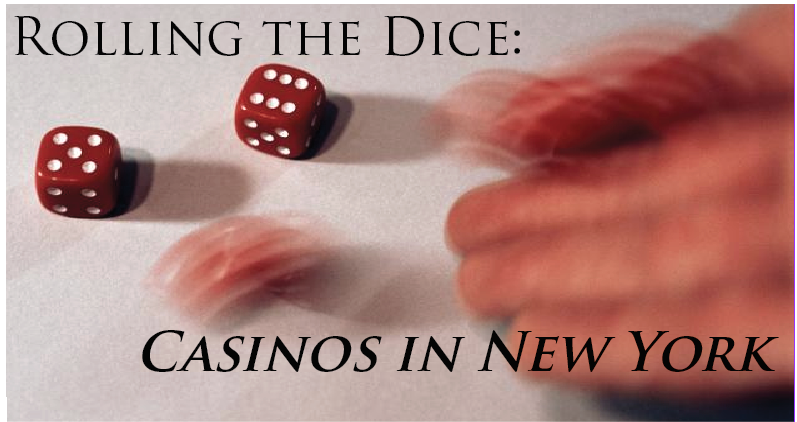