A CALL TO SUNY NEW PALTZ:
TOWARDS A STRATEGIC ENVIRONMENT OF RACIAL EQUITY

This message is directed to the students and faculty of this college, and also its administrators who are delegated to implement and sustain a mission of “diversity.”[1] The same administration that has yet to admit that the twelve-year decline in the black student population at SUNY New Paltz is a problem.

Data shows that the percentage of incoming first-year black undergraduate students at SUNY New Paltz dropped from 12 percent in 2000 to 6 percent in 2011,[2] and the percentage of total black undergraduate students declined from 7.9 percent in 2001 to 4.7 percent in 2012.[3] As of 2012, there were about 302 black undergraduate students, 96 of them black males, attending SUNY New Paltz.[4] SUNY New Paltz is not unique in this, as colleges throughout the nation have witnessed similar trends. Contrary to popular belief, racial discrimination and inequalities remain rampant as the majority of African Americans remain underrepresented in nearly all U.S. institutions.[5] These realities are reflective in the student, administrative, and faculty levels at SUNY New Paltz.[6] Hence, we do not solely blame this college as we recognize that administrators have consciously strengthened student recruitment efforts in communities of color. However, we do not relieve students, faculty, and administrators from their civic responsibility to be more proactive on behalf of historically underrepresented students by aiming to reverse these disturbing trends. And yet, the goal for equity has been vaguely cloaked under a “diversity” label.

“Diversity,” often associated with race, suggests that anyone who is non-white is considered “diverse” and is used as a way to “diversify” a mostly white population. This means that predominately white institutions such as SUNY New Paltz use people of color as tokens to boast about how “diverse” the institutions are, ultimately benefiting white people. But what do people of color gain? Are they benefiting from a “diverse” institution when they are the only person of color in a classroom, and when most of their professors are white and teach from a Eurocentric, patriarchal, and heterosexual perspective? Are people of color experiencing “diversity” in a racially hostile campus climate where “colored only,” “lynch niggers,” and “Django Hall” signs are posted throughout campus? “Diversity” at SUNY New Paltz is measured as 26 percent students of color, yet this quantified standard does not reflect the quality of an equitable multiracial environment.[7]

After recognizing these disturbing realities, SA communicated with administrators hoping to begin a plan of action, only to receive insufficient responses. President Don Christian’s assertion that the decrease in racial diversity is a “myth” dismisses how a decline in one racial group leads to an overall drop in racial diversity.[8] Additionally, Assistant Vice-President Jacqueline Andrews, Senior Research Analyst Lucy Walker, and Vice President of Enrollment Management L. David Eaton’s claim that the school’s racial composition data is inaccurate fails to mention the fact that the black undergraduate student population has been declining before and after the 2009 change in self-reporting methods.[9] Furthermore, these justifications deny the pressing fact that the current percentage of black students at SUNY New Paltz is more than two times lower than the proportion of black people in the U.S. and almost three times lower than the same percentage in New York State.[10]

Overall, history has shown us that progress is minimal as long as the problem remains unacknowledged. History has also taught us that it frequently takes a “small vocal minority” to initiate positive change.[11] Therefore, we call on the students, faculty, and administrators of SUNY New Paltz to recognize the persisting decline in self-identified black students as a crisis that affects not only black students but members of all colors in this institution and ultimately threatens the college’s mission to promote “diversity.”[12] We further urge students, faculty, and administrators to strategize and work together to resolve this crisis in order to preserve a vigorous racial campus climate and an environment of equity. Let us all make a difference together for everyone.

Sun May 5 , 2013
The Farmers Market moved from its usual spot on the Academic Concourse to Old Main Quad for Farm Fest on April 25. SUNY New Paltz’s organizations, Students for Sustainable Agriculture and Oxfam America, held the event. The ceramics department provided vases, mugs and pottery for sale all made by students. […] 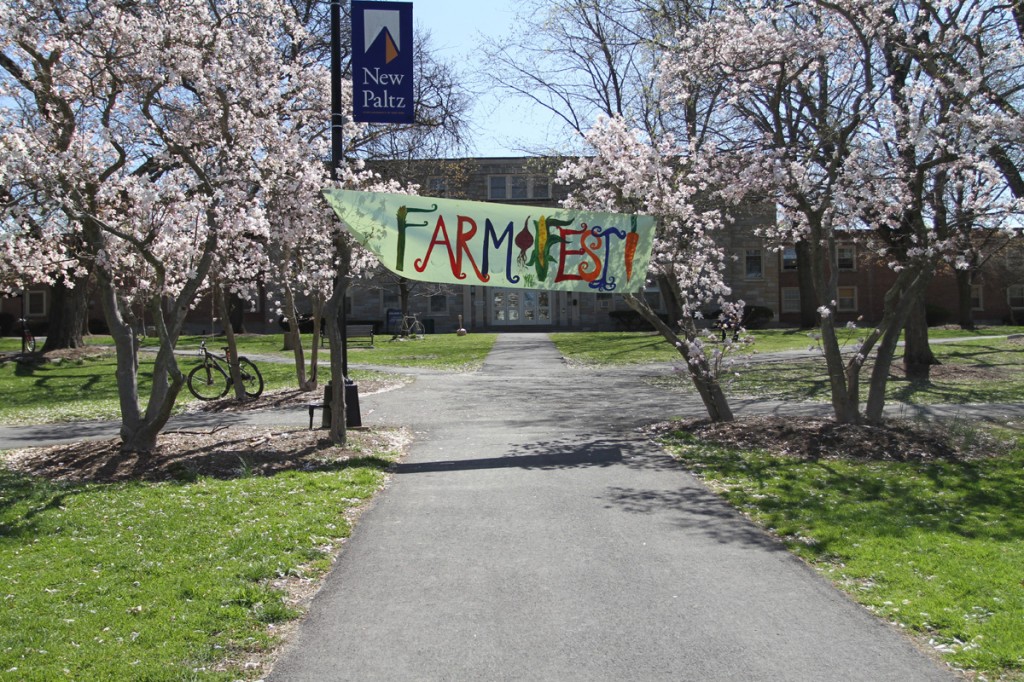