According to #407, someone’s hiding a cat in Bouton Hall while #24 had sex with their RA six times. These, and many more campus confessions, can be found at New Paltz Secrets, a Facebook page created on December 20, 2012 that has found a popular, if controversial, niche among the student body.

Facebook and internet users alike can now see over 700 submitted “secrets” from the SUNY New Paltz student body. Most of them depict drunk escapades through campus, confessions of crushes on a hot girl down the hall or, at a strangely high number, students claiming to be the long-lost children of Darold, an employee of Hasbrouk dining hall.

Stephanie Brynes, a fourth-year English student, was recently mentioned in a secret. It reads, “Steph from the tutoring center: easily the hottest tutor in New Paltz. She is pretty funny too. She even speaks french ♥”

Although seemingly flattering, the comment was posted unknown to Brynes until a friend tagged her name in a comment.

“As someone who was mentioned on the site, I think it can seriously endanger users who are tagged, sometimes unwillingly, in these posts. At the end of the day, we attend a small university in a small town. The content in these posts does not have to be true in order to be posted, and therefore the site serves as a quick way to spread viral rumors,” said Brynes.

The concern of being the subject of a secret has taken a backseat to the worries that someday, the creator will reveal the people behind the drunk shenanigans, the secret admirers pining from the sidelines, and all those children of Darold.

The creator, who agreed to a Facebook interview but asked to remain anonymous, promises it will never happen. “No one’s name or information will be shared with anybody. I understand that people may be wary about sending a personal secret to an unknown source and some may think that I remember everyone whom has sent something in. In fact, I can barely keep up with what’s already been sent in,” the creator said in an interview.

Still, SUNY New Paltz is small. As of Feb 20, the total “likes” on the page had reached 1,334. According to New Paltz’s website, New Paltz has 6,582 undergraduate students, and about 3,000 of them live on campus, according to the Office of Residence Life. Assuming the majority of followers are current undergraduate students, that roughly equates to a one-third percentage of on-campus students who have New Paltz Secrets regularly appearing on their Facebook newsfeeds.

To the creator, whose mission says, “Share your secrets. Let’s build a community!” these numbers are only showing support for the cause.

Though the page has a band of regular contributors who post on threads and provide feedback, not everyone can agree that a community is being built from the page. Many seem to be wondering if these confessions are a reflection of the overall student body at New Paltz.

New Paltz Compliments Page, created on December 17 and an unofficial competitor to New Paltz Secrets, hosts a page full of endearing posts, usually targeted at a person or campus group. On January 29, the creator – who is also anonymous – posted a status that read, “I’m thoroughly disappointed with some of the people on this campus. The New Paltz Secrets page has so many obnoxious and hateful comments…it truly reflects the campus in such a negative way…”

New Paltz Secrets has been brought to the attention of the college’s administration, that is less worried that it casts a negative light on the student body, but that students are unaware of the resources that are available to them in times of emotional and/or psychological upset (See below for a list of campus resources).

Dean of Students, Linda Eaton, said, “If a student has a concern, I would hope that they come forward with that concern. That’s always frustrating for an administrator, to feel that if a student feels that there’s something that’s bothering them or they have a concern, that they don’t come forward, because you know what? There’s always someone to come forward to.”

Eaton also explained that the administration isn’t diligently keeping track of the sites activities, as they do not have the power to take it down.

One of the most repeated questions revolves around the mastermind of the page. Who have we been pouring our confessions and embarrassing stories to? The creator said, “I don’t believe it would be right for people to know who I am. Simply because it might be unsettling to know that that exact person may know something very personal about you. I am probably better off staying unknown.”

Still curious? At the end of the interview, the creator said, prefacing it with a sunglasses-wearing smiley emoticon, “…I don’t think it would be impossibly difficult to find me. On occasion I’ll post a picture I’ve taken on the same day, and I’m not exactly alone in hiding when taking these pictures.”

So keep an eye out. That kid snapping pictures of his food in Hasbrouk could be New Paltz’s very own secret keeper.

Mon Feb 25 , 2013
Most people want to do what they love for a living and Tony Ciccarello is doing just that. SUNY New Paltz announced on Dec. 31 that Ciccarello will be the new women’s softball coach. Bring up softball to coach Ciccarello and you can hear the passion in his voice. Quiet […] 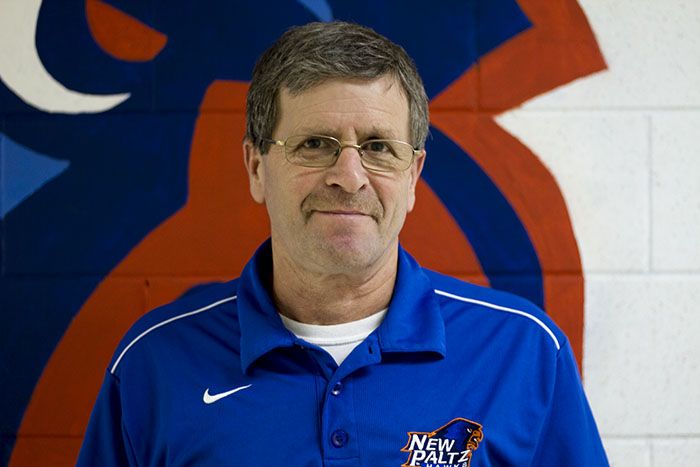