Students on campus at SUNY New Paltz will notice a new set of solar panels at the South Classroom Building after October 1.

After a setup lasting four days, the school is now operating a twenty-panel solar system that is estimated to contribute 6,000 kilowatt hours per year to the campus, according to Jason Iahn, a sales manager at Lighthouse Solar.

But what does this mean for students and the campus?

The energy produced by the new twin pole structure has been designed to power the fleet of seven electric vehicles used for campus maintenance. The process does not directly feed energy to the vehicles, but instead goes through a process known as “net metering,” according to Iahn.

In a system like this, Iahn explained, there is a “marriage of power” from the town energy grid and the solar energy produced. By doing this, the campus is never dependent on only one source of power and can switch from one to the other depending on the amount of sunlight available during the day.

According to John Shupe, the assistant vice president of facilities management at SUNY New Paltz, “Any extra electric power is put back into the school system after the vehicles are charged so there is no power wasted.

SUNY New Paltz has maintained a reputation as a progressive “green” school and is one of the top 311 schools committed to sustainable practices as stated by  the Princeton Review.

According to Iahn, “The Hudson Valley is the largest solar installed site in the state of New York.”

With both the college and the region receiving this kind of recognition, it is not surprising that this is only one of the school’s many solar installations.

Although Lighthouse Solar was not involved, there was a 50 kW solar array installed on the roof of the new athletic building about three years ago as well as a student-run solar project, according to Iahn

There has been an increase in solar energy nationally recently, Iahn remarked, but New York state has made significant progress individually as well.

The New York State Energy Research and Development Authority, which controls the state financing and tax incentives for projects like solar, has been influential in the growth of the solar industry said Iahn, “the state introducing financing for commercial properties as opposed to just homes created a lot of jobs. About 60 percent of the work we do is commercial now.”

Although the industry is relatively new, the Lighthouse Solar company has expanded greatly since 2006 when it was started in Boulder, Colo.

Iahn commented that the New Paltz branch, which was started in 2009, has been busily working and has high hopes for the future of the solar industry.

Thu Oct 4 , 2012
Third-year English and public relations major Nicole Brinkley sits hunched over her laptop,  her “Doctor Who” calendar — dedicated solely to her blogging schedule — resting in her lap. With only a few empty squares left on the October page, her Young Adult (YA) book blog, WORD for Teens, will […] 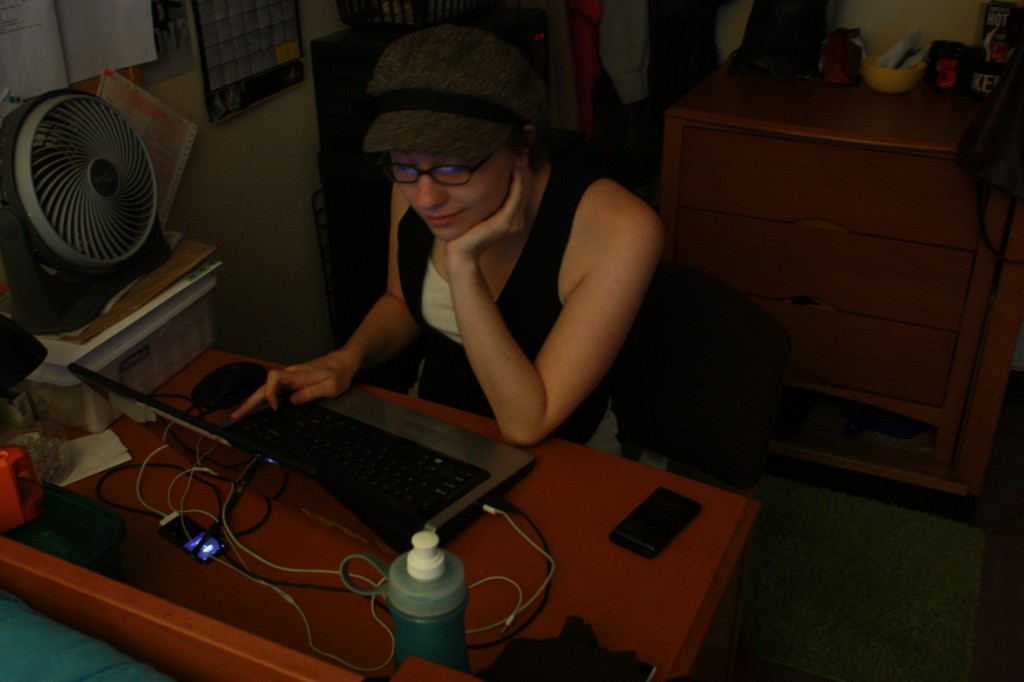