Dance Underground, a showcase of work from student choreographers, premiered Feb. 23 in McKenna Theater and had showings through the weekend. Dances featured in the show were chosen to show off the diverse styles of the campus dance community. The styles of the performances ranged from contemporary to hip-hop and performances by Jam Asia.

Dance Underground is a revival of a previous ten year tradition, Fresh Dance, that used to be performed for the campus community.

Planning for the event began in December, and featured a competitive audition process for all the choreographers who wanted to showcase their work. The winning choreographers then auditioned dancers to perform their pieces, according to Craig Washington, a third-year student and choreographer in Dance Underground

Organization of all the groups was led by Student Director Simone Bart, and Faculty Advisor Toni Almenares-Llanos, but each choreographer handled their own piece independently.

Dance Underground was sponsored by Dance Association, a student collective of choreographers from the many dance outlets on campus, according to Jenna Karn, a second-year theatre major who participated in the event.

“I’m always amazed at how well they do, because they do all the production. Everything that’s involved from lighting, music, costuming, choreography … and backstage. So I’m really impressed,” Almenares-Llanos said.

“As the director I can say I really am enjoying every single piece that is in the show and people worked so hard,” said Bart.

The event featured performances by The Warriors, and the dance team, as well as some Dance Association executive board members, according to Karn.

Washington and his dance partner Alexis White both agreed that their favorite performance was Bart’s called “A Figment of Reality.” The piece told a story of the relationship between a boy and a girl, where the boy loves the girl but she does not reciprocate and he abuses her, says Bart.

“He crosses the line and there are consequences,” she said.

“She at first feels like she has to be under his control,” Bard said. “But then comes a point in her life, or the five minutes of the dance, where she doesn’t have to do that anymore.”

“It [“A Figment of Reality”] was our favorite performance because of the story behind it, and how powerful it is,” said Washington.

Kingston’s Energy Dance Company made a guest appearance and performed a number showcasing dancers from ages 8 to 20.

“The kids were bumping and grinding better than the Warriors. They danced mostly street hip-hop which is very different than what I did in my Long Island dance school,” said Alexa Gold a first year member of the warriors. This was Gold’s first performance with the warriors.

Dance Association used the event to promote their main event of the year, The Movement Dance Convention on April 1, where for a fee students can attend classes of many different dance styles taught by a variety of instructors. Choreographers in Dance Association also hold free classes in the Health and Wellness Center. For upcoming classes visit their Facebook page.

Check out the video review of Dance Underground.

Check out the featured performance.

Scaling Gender Boundaries at the Gunks 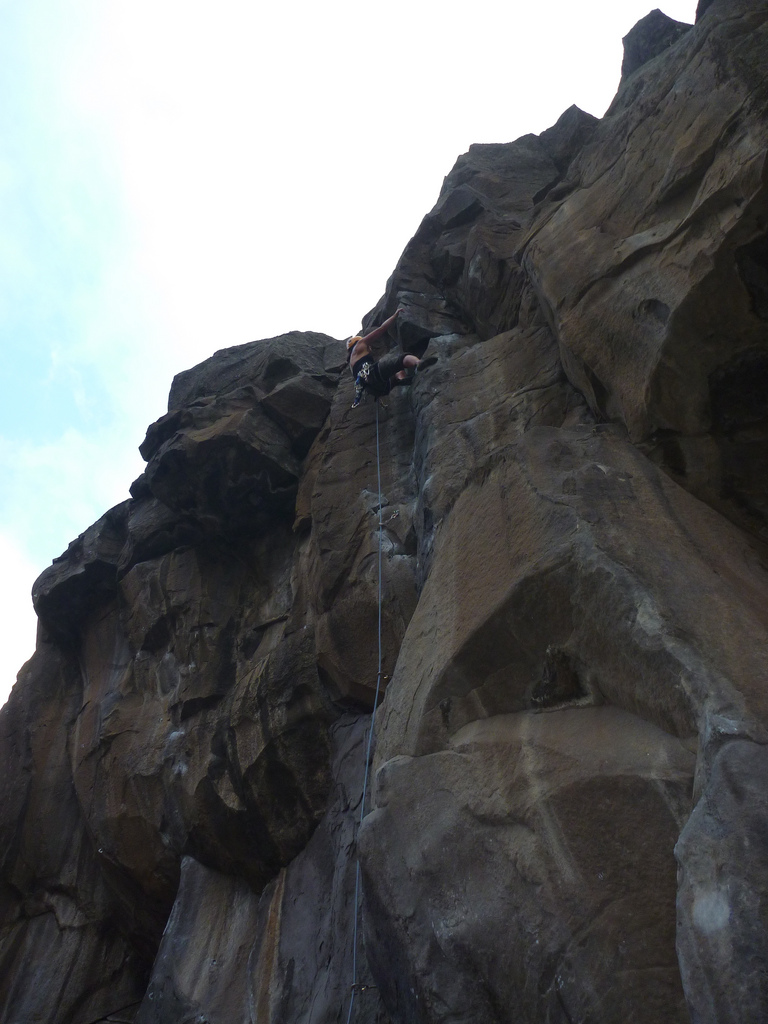