A young priest walks into a prison and is immediately stripped of his identity. The security guards take his license, wallet, and cross necklace. He hears the echo of the stone walls, sees the dullness of color and begins to feel disoriented. It’s like living in a gymnasium. He notices the people behind bars wearing the same colored jump suit and the same exact shoes. He then holds a meeting with the prisoners.

Bridges of New York, or Ministry Brotherhood of St. Joseph’s, houses men on parole to overcome drug addictions and find jobs so they can reenter society. Wyns, the executive director of the agency and priest at Christ the King Church in New Paltz, visits and preaches to the Newburgh house every Wednesday.

According to Wyns, when people are in prison, they develop “a jail mentality” to survive.

“When they move into our program we are constantly chipping away at that ‘jail mentality’ so we can deal with the individual inside,” Wyns said.

The Newburgh house is a place for men on parole to live in a healthy transitional environment. The parole office, coffee company Robert Been Roasters, and the Hudson Valley Food Bank help fund the house for rent, food, and clothes.

When a client first arrives at the house they get free Medicaid and are connected with programs to help addiction recovery.

The program has an 85 percent success rate, Wyns said.“When you get out of prison, the chips are stacked against you,” Wyns said.

It is difficult for men coming out of jail to relate to their girlfriends, wives, or kids when they’re all grown up. In prison, Wyns said, you make less than 20 decisions a day compared to a 100 decisions in society.

“In prison, you don’t have to decide what you wear, what shoes to put on, or what time you go to bed; they turn out the lights for you,” Wyns said.

Wyns used to be a house manager in Rochester and spent most of his time with his clients. Wyns described it as a good experience except for one time when he had to show his authority at the Newburgh house. One of the tenants went to prison for violent crimes and was in confinement. One day, Wyns said, after he took a pair of jeans lying on a clothing rack, the client had a temper tantrum.

“He was the size of an NFL linebacker,” Wyns said. The man was throwing furniture from across the room and then threw a shoe at Wyns. Wyns told him he was acting like a 5-year-old and then left without saying anything else. The next day, the client apologized.

Today, the Newburgh house manager is 51-year-old Jeff Wert from Rochester. Wert, a former client, rid his drug addiction at the house in Rochester. The brother’s of St. Joseph’s found him on the streets and gave him a second chance.

“If God hadn’t reached out to me, we wouldn’t be having this interview,” Wert said.

Wert now helps clients get job interviews, make resumes and bring them to job fairs. At night, he sits with the 14 residents for dinner to talk about everyone’s day, job prospects, and families. Each client shares a set of living quarters, gets free laundry, free dinner, undergoes hours of group therapy sessions, and is given certain chores. There is a curfew from eight in morning to eight at night.

“Nobody loses weight when they come to the Bridge,” Wert said.

Every Wednesday, Wyns preaches mass in the house and invites them to come to his church.

Wyns shows discipline. When all the clients enter the house they sign a contract with the Department of Corrections Parole to behave in a rational manner. Like a parent, Wyns will ground someone, cut their curfew, or give them more chores if they have a temper tantrum. Telling a client they cannot go outside to play with their friends could be enough to change their attitude, Wyns said. According to Wyns, many of the clients who are in their 40s act like their teenagers because drugs have slowed down their maturity.

“I’m the absolute authority because individuals are living in my house,” Wyns said.

The agency doesn’t always take in everyone. They don’t work with people with severe psychological illnesses or sex offenders. According to Wyns, each guy gets a social and psychological examination to test for illnesses.

“We only take in guys that we’re equipped to deal with,” Wyns said.

Wyns was not always equipped for this. He gained his expertise overtime. When he was 17, he opened up a drop coffee shop for homeless teenagers. At 19, he worked in a Youth Detention Center under high level security for three years. In 2006, he worked with incarcerated veterans who just got out of jail at the house in Rochester before being promoted to executive director.

Being a priest was something he always wanted to do. Wyns graduated with a bachelor’s degree from North Eastern Seminary after nine years.

Wyns eventually wants to start his own agency. He plans to take Robert Been Roaster’s coffee to create a micro industry.

Wyns notices his accomplishments when he sees the same guy who was once in jail now selling coffee to people behind a cart. No one has a clue of whom this man is or where he has come from. The coffee vender, once a troubled drug addict, has now become a contributor to society.

“Without that employment, the free world is a black hole that chews you up and sends you back to prison or to your grave,” Wyns said.

Thu Dec 9 , 2010
I love the movie channel here on campus. It’s great for showing recent movies, or amazing older ones. The other day as I was flipping channels, I landed on The Kids Are All Right, a movie I’d wanted to see in theaters but never got around to watching. Luckily, I […] 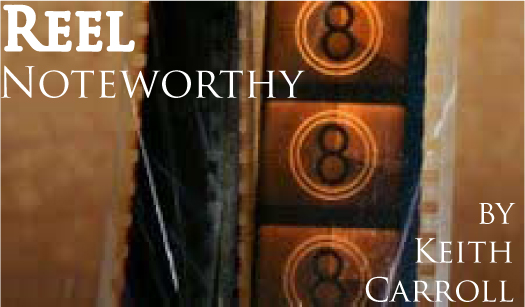