Okay, I’ll admit it. The only reason I saw “I Am Number Four” is because Dianna Agron of the “Glee” fame is in it. Sure, the trailer looked interesting, and the movie had a decent amount of potential, but if I’m being honest, she is the main (only) reason I went.

Directed by D.J. Caruso, “I Am Number Four” tells the story of an alien who is one of the last nine survivors of his kind. They are scattered throughout Earth, being hunted down in chronological order. Our protagonist, who goes by the totally original name John Smith, is Number Four, and he’s next in line to die.

It’s a basic plot, but it works. We see John (Alex Pettyfer) struggle to gain control of his powers under the watchful eye of his mentor, Henri (Timothy Olyphant), an grow into the hero he is “destined” to be.  In a not-so-surprising move, he falls in love with the typical girl-next-door (Agron), and has to occasionally deal with her jealous, football-playing ex-boyfriend. Keeping with the clichés, John befriends the nerdy, unpopular kid, showing his noble qualities. He does all of this while trying to figure out how he’s going to prevent his own death, a fairly admirable feat.

The movie is fun to watch. It’s got some awkward humor, some melodramatic moments, and more than a few action sequences. Pettyfer and Agron did well to depict the saccharine romance between John and Sarah, which apparently paralleled the actors’ romance in real-life. Teresa Palmer entertains as Number Six, a fellow alien, as does the sardonic Olyphant.

Surprisingly, the best part about the movie is the predictability. Usually, I’m irritated when I can predict the entire plot of a movie within the first fifteen minutes. But, for some reason, it works here. This genre, best described as sci-fi-meetsteen-angst, doesn’t really need to have intellectually stimulating, life-altering modives. They need to be flashy and fun, which “I Am Number Four” is.

It’s also set up to be a franchise. I’m calling it now: the sequel, I Am Number Five, starring Zac Efron as John’s long-lost brother. Ha.

I Am a Woman: Warriors' Dance Celebrates Women's History Month 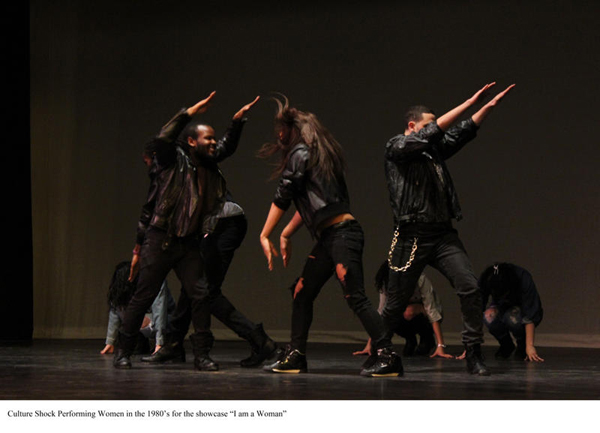