For a college student, spending your summer on a boat with your friends doesn’t sound remarkably noteworthy, until you throw in sirens, 9mm Glock pistols, and the fact that you’re on the fastest boat around.

James Altadonna III spent his summer this way, as a Town of Oyster Bay constable, responsible for patrolling the waterways of Long Island’s southern shore. This is the first step on a path that he has laid out for himself, hoping to become a full-fledged police officer.

“I realize how hard it is for people in today’s society to get a job.  It’s always been my dream to become a police officer, so I decided to gain this valuable experience in the field, maybe gain an advantage over everyone else with the same goal,” Altadonna explained.

This was Altadonna’s second summer as a Bay Constable, soaking in everything around him, learning from the job experience almost as much as he learns from his fellow officers, all considerably older than him.

“We get on Jimmy a little bit and give him a hard time, make him do some of the more menial tasks sometimes, like cleaning the boats, but it’s all in good fun,” said Sam Ciccia, a senior member of the force. “The important thing though is that when it comes down to it, with his work ethic and sincerity in wanting to do the job right, his age really doesn’t factor into our everyday decisions. Jimmy is expected to and does everything and anything that the rest of us do.”

On any given day, one could find Altadonna doing one of the myriad of tasks assigned to the Oyster Bay bay constables which range from flagging down random boats in order to perform routine safety checks to making arrests/writing tickets for boating while intoxicated. He even gets to attend the occasional free concert (Altadonna gushed about getting to see Dave Matthews Band at Jones Beach while acting as marine security for the event). The job definitely has its ups and downs.

“I hate handing out tickets. My first year I really struggled at it actually, because everyone that deserved one seemed like a good person and I’d let them off with a warning, but that changed after a nice stern speaking to, and I’m getting better,” said Altadonna, when discussing the harder aspects of his job. “The long hours are rough too. I may not be working five or six days a week like most college kids in the summer, but 12 hour shifts on a boat are pretty killer.”

The training was another aspect that hampered Altadonna’s ability to score any free time this summer. On days off from work, he was often expected to attend classes on a variety of techniques and skills crucial for all law enforcement personal. Some classes that Altadonna took include pistol marksmanship classes, peace officer training, proper ways to diffuse tense and potentially dangerous situations, CPR training, and self-defense.

One aspect that shouldn’t be overlooked is that Altadonna has dedicated a majority of his life to soccer, so his sudden change of heart to get a real serious job over the summer wasn’t an easy one.

Altadonna is a crucial part of the SUNY New Paltz men’s soccer program, a starting forward for the team since his first year, an emotional team leader, and the team’s leading goal scorer the past two years. The Hawks’ have a rigorous off-season conditioning program, so while his teammates were spending their summer working out and running to prepare for the season, Altadonna worked. Knowing this could affect his collegiate athletics career, he chose to stay true to his work. “I’m not going to make any money or come any closer to my dream of serving the public through soccer. I love it, I stay in shape other ways, and when I step on the field I give 110 percent, but I felt work was more important this summer.”

His teammates felt similarly. “Jimmy’s our starting forward, our leading goal scorer, and one of our hardest workers,” said Tommy Garafola, the team’s captain.  “None of us question his dedication to the team. There’s a lot of ways he could’ve spent the summer that would’ve been detrimental to the team, but this isn’t one of them. Good for him,” Garafola said.

A sociology major at SUNY New Paltz, Altadonna seems to have public service in his blood. As a longtime pillar in town politics, his father James Altadonna now serves as the mayor of the town his son grew up in, Massapequa Park. “I’m proud of the work Jimmy’s been doing the past two summers. I know some of the guys in the department and I hear nothing but positive things. He’s not slacking out there, and it’s great experience for his future,” said the senior Altadonna, while on the sidelines of a recent soccer game watching his son play.

While most college students traditionally go through school, get a summer job to pay for school expenses, then wait to graduate before pursuing their career of choice, Altadonna has chosen to make his own fate.

“I’m learning more about the ins and outs of my future profession during the summer than I am up at school.”

Wed Oct 6 , 2010
Ms. West, former New Paltz Language Immersion Institute professor, was 13 years old living only 2 km from where the Atomic Bomb destroyed Hiroshima putting an end to WWII. She describes the loss of her family and the feeling of loneliness. The discussion was originally scheduled to take place at […] 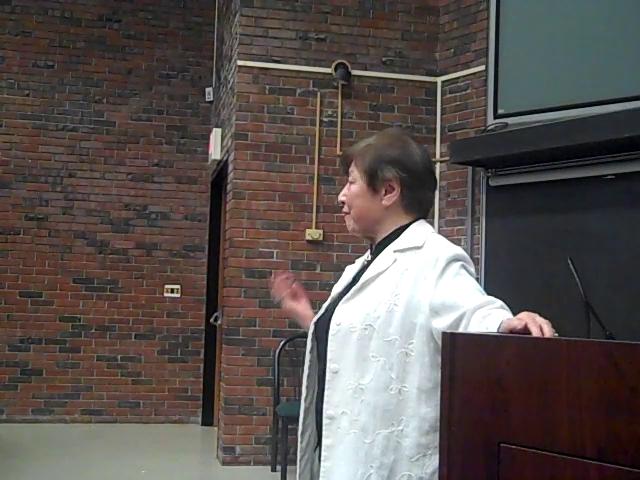