As you well know by now, I’m obsessed with fiction, more specifically sci-fi/fantasy fiction. But I also read and have read many nonfiction pieces. And if a good one arises anytime in my future, I’ll probably read it.

Although I mostly live inside my own head and countless ever-changing, mystical, magical landscapes, I do occasionally venture into the real world. The real world can be just as beautiful, surprising, and magical as the ones Tolkien and other heroes of mine have invented. This thought occurred to me the other day when I went for a run outside and the leaves and the wind and the sun were so appealing that I put away my iPod and just listened to nature. Usually I can’t be motivated enough to run without music, but the season of fall just beckons my earthly side (I mean, I am a Capricorn).

So I figured, in keeping with this nonfiction attitude, I would talk about a book that includes the real world.

Several nonfiction authors have come to my attention that are analytical, opinionated, honest, and hilarious. One such author is Chuck Klosterman. He is a journalist who has worked for several successful print publications, such as Spin magazine, which he talks about in his book Killing Yourself to Live: 85% of A True Story.

In this extremely long version of a news article, Klosterman travels across the United States researching death. (Now you see why this appeals to me.)

More specifically, he is researching the death of famous rock stars. He travels to the various and random death places of musicians, like the site of the plane crash of Buddy Holly and the hotel room where Sid Vicious killed Nancy. But during this journey, Klosterman’s mind wanders — as it always will on a long road trip — and the thoughts he spews onto the pages had me laughing out loud so much that I was the victim of a lot of questioning looks and raised eyebrow.

One particular statement that I will never forget, while remarking on his meal at some roadside restaurant — I think it was a Cracker Barrel — is, “…enough white gravy to choke a wildebeest.”

I think this is the Cracker Barrel where he meets the waitress who knows all about Franz Kafka and shares her philosophy that humans can only dream in time references because of TV and movies.

So if you’re interested in death, rock ‘n’ roll, Kafka, Kiss, Klosterman’s ex-girlfriends and hookups, “enough white gravy to choke a wildebeest”, and laughing your ass off, then definitely pick up Killing Yourself to Live: 85% of A True Story. It’s worth your time.

Music in the Air

Sun Oct 24 , 2010
Music was everywhere at the Woodstock Film Festival this year, and the sound was change. Among the five films featuring music, one of them made sure its message was heard loud and clear. Sounds Like a Revolution, directed by Canadian documentary filmmakers Summer Love and Jane Michener, focuses on protest […] 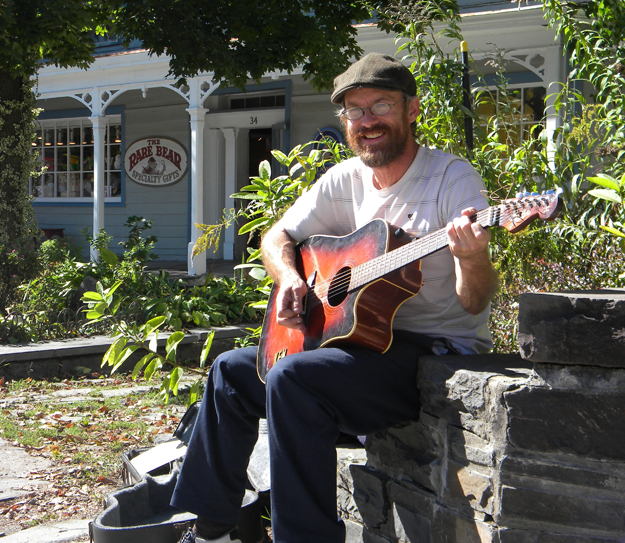