RecycleMania is a 10-week long competition between a number of both private and public universities to raise awareness for the three R’s: reduce, reuse and recycle. This will mark the second consecutive year SUNY New Paltz is participating.

“It is so much a part of the media aspect now, it’s even featured in Vogue,” Brois said.

Brois feels people are trying to lead more sustainable lifestyles, but more change would occur if there was a stronger awareness. This is RecycleMania’s mission.

The program weighs, per capita, the amount recycled by each school. When this is accomplished, the numbers are compared across the nation, and with some schools abroad, to get an overall idea of who is leading the competition.

“You take the recycling total from each residence hall and then divide that by the amount of people who live there,” Brois said of the SUNY New Paltz system. Per capita is an important tool because it projects the statistics and gives an indication of how many people are participating.

College/Shango Hall Government President Emily Caccia said she has instituted an incentive to get more people to recycle.

“We had a program recently called ‘guilt free’ recycling, meaning residents could bring their beer bottles or any other kind of cans or plastics without fear,” she said. “Then, we count how many things each person brings and whoever has the most stuff gets a $20 American Express gift card,” she said. “Everyone else gets condoms.”

Brois expressed her interest for incentives to recycle as well. She thought parties or gift certificates might work. However, she said making recycling a mandatory process on campus was illogical because it would call upon creating and hiring a separate department to administer fines, let alone the student and parental outcry that would arise over additional fees to an already tight budget.

The “going green initiative” for SUNY New Paltz goes beyond RecycleMania. Hasbrouck Dining Hall has instituted composting and recycle bins have been installed around campus.

To add to SUNY New Paltz’s progress, Director of Facility Operations and Maintenance Brian Pine said he is working on future endeavors to keep the “going green” momentum strong and improve the quality of energy consumption and waste reduction on campus.

Programs are constantly evolving to increase awareness and to lessen our carbon footprint. As a part of RecycleMania, Brois said she has scheduled to construct a 3D board outside of Humanities building to explain the per capita portion of this competition. It will also reveal the rate of recycled material for the current week.

“I’m so happy with how the competition is going and with how people are embracing it,” Brois said. “Not much trash in the recycle bins.”

To learn more about RecycleMania, visit its Web site at Recyclemania.org. Additionally, to learn more about the act of recycling, what’s permitted in the bins with three little arrows, attend a Recycle Club meeting on Mondays at 7 p.m. in the Student Union Room 408. Thu Mar 4 , 2010
Since leaving Ulster County over 30 years ago, Renée Byer has become the senior photojournalist at the Sacramento Bee, won a Pulitzer Prize as well as a number of other awards. During the spring 2010 semester, journalism students at SUNY New Paltz will get the privilege of welcoming her […] 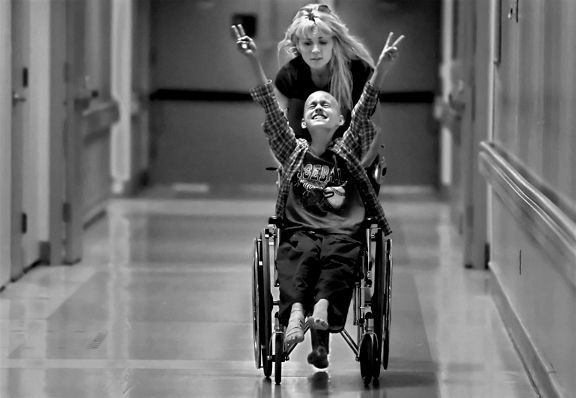