Kevin Halcott was hired as a dishwasher and busboy at the Main St. Bistro in New Paltz, N.Y. after dealing with a struggle many Americans know all too well: unemployment.

The 26 year-old of Ulster County resident was unemployed from August of 2013 to February of 2014.

“I did a lot of job hunting,” he said, “It was easy to find restaurant work in New Paltz, but there was no work in other sectors and my field of interest.”

Halcott did not claim unemployment benefits while not working. However,  he was still counted as one of the unemployed by the latest jobs report for New York State.

The U.S. Department of Labor measures unemployment from a survey of households and only counts those who unsuccessfully sought work in the data. Those who have stopped receiving benefits or who do not try to find work, including seasonally, are not counted as part of the unemployment rate.

The unemployment rate in the Hudson Valley region is the second lowest of the 10 Labor Market Regions in New York State, behind only Long Island.

On the surface, the report’s findings seem to speak positively about our local economy. However, there are different ways to view the employment picture in New York State. A different way to view the situation is by looking at increases in employment, as opposed to decreases in unemployment. The Hudson Valley saw an increase of only 0.1 percent in private sector employment between Dec. 2012 and Dec. 2013, with downstate counties, such as Putnam, Rockland, and Westchester creating more jobs, according to the NYS Department of Labor.

Almira Overbay, who hired Halcott and has been the manager of Main St. Bistro for the past 14 years, explained her indifference with the official measure of unemployment.

“I have a lot of friends who are unemployed,” she said “They worked in construction, but with the bad weather, there isn’t much work. Some are just too picky and give up.”

These people would not be counted in the official unemployment rate.

Phillip Carmosino of Dutchess County was laid off from his job as a maintenance mechanic for N.Y. Medical College in 2012, at a time when the US’s labor market began to slowly improve.

Carmosino began his search for work immediately in order to financially support his family. Soon after, the pressures of unemployment began to weigh upon him, “especially when you don’t hear back from employers.”

Halcott explained if he did not receive a job five days ago he would “rather stay unemployed and find the right fit… wait for something better.”

Wed Mar 12 , 2014
Zero Net Energy homes in the New Paltz area are struggling to sell. With many of the nine houses on Evergreen Lane and the 26 in the Green Acres complex remaining unoccupied, New Paltz realtor Wendie Reid blames the real estate market for the lack of sales. Some of “the […] 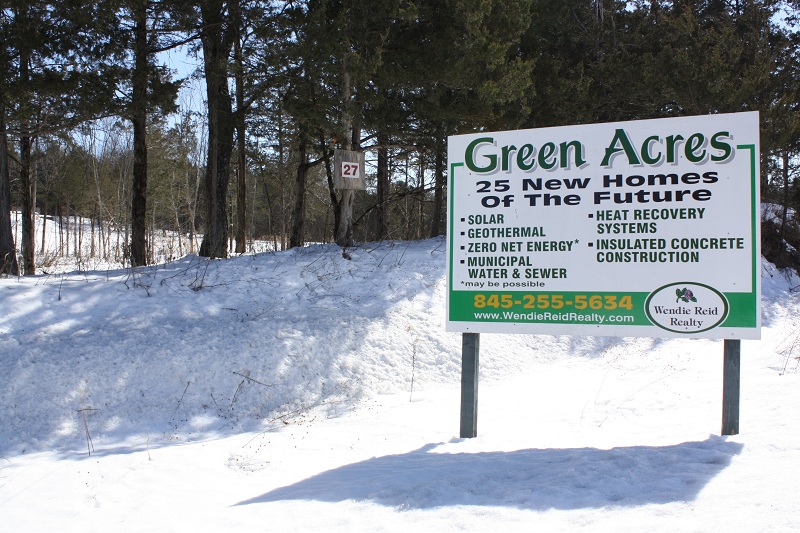