“I just very much believe in him,” she said. And she thinks others feel the same. “People are enthused,” she added. “People who haven’t been enthused in a while.”

With the election over and a new president chosen, the majority of the hopes of 12 people interviewed at the Huguenot Historic Site polling place in New Paltz, N.Y. on Tuesday morning foreshadowed what became a national chant by that night: “Obama. Obama”

And Ross was not alone in crying as television cameras captured the likes of Rev. Jesse Jackson and TV star Oprah Winfrey shedding tears when Obama made his election night speech.

“How could you even think of voting for anyone else?” said Thomas Green of New Paltz. A former Republican, Green, 64, switched parties “many years ago,” and saw Sen. Barack Obama as the only viable option.

“Of course I had some reservations because of his experience,” said Green. “But he’s just better than anyone else.”

It was uncertain who would win the presidency at the time of voter interviews, but it was apparent that voters were turning out in droves to support their candidates. According to a survey released by the National Association of Secretaries of State, nearly 185 million people were registered to vote in this year’s general election, a nearly 42 million person increase from 2004.

The overwhelming support for Obama at the Huguenot polling site is not to say that McCain supporters did not turn out in New Paltz.

June Lamark, 70, spoke affectionately of McCain, citing his military experience and unwillingness to leave the POW camp as major reasons for voting Republican. She has a great deal of confidence in McCain and his running mate, calling Alaska Gov. Sarah Palin a “breath of fresh air.”

Some voters felt race was a paramount issue. Lamark of New Paltz feared that Obama’s selection would usher in a long unspoken resentment from black voters. White Americans will not be part of preferred racial groups, Lamark believes, and as she said, “will be put on the back of the bus.”

Karen Kalbian, a Democrat, and her mother Barbara Donahue, who both voted for Obama, also had race on their minds on Tuesday. “If [Obama] doesn’t win, racism was an issue,” she said in regards to what could have happened election night. “But if he wins, it will not have played such a big part.”

Kalbian also acknowledged McCain’s political prowess as important in this election, although it ultimately would not help him secure the win. McCain conceded the election at approximately 11 p.m. Tuesday night.

“McCain probably deserved it,” said Kalbian. “But because of other Republicans, the cards were stacked against him.”

With a fear of a possible Bradley effect scenario, wherein voters claim they will vote for a non-white candidate, but in fact choose the white candidate in a close race, it is perhaps noteworthy that many voters shuffled quickly from the polling place, claiming that their choice in candidate was “a secret.”

While some voters spoke of a candidate’s stances on the economy, the environment and the war in Iraq, still others feared for offices outside of the presidency. Ross, a former employee of the Democratic National Committee, voted Obama because of the Supreme Court justices that will be named during his term. The Rev. Gwyneth MacKenzie Murphy, a parish priest and campus minister at SUNY New Paltz, also feared for the possibility of who would be appointed to the court if McCain won.

“The next president will choose one to four Supreme Court justices,” said Murphy. “They have incredible power when determining how laws are put into effect.”

Before President-elect Obama’s inauguration in January, he will face many transitions, including choosing cabinet members and transition teams and beginning to tackle as he said in his victory speech on Tuesday night, “two wars, a planet in peril, [and] the worst financial crisis in a century.”

“The road ahead will be long. Our climb will be steep,” said Obama on election night. “We may not get there in one year or even one term, but America— I have never been more hopeful than I am tonight that we will get there. I promise you— we as a people will get there.”

Murphy echoed the national cry for Obama, and seemingly the cry for a united country. “Obama has compassion for the poor and the marginalized,” said Rev. Murphy. “My faith teaches we all have an obligation to care for one another. And we need to take responsibility to vote for those who will lead and teach us to care.” 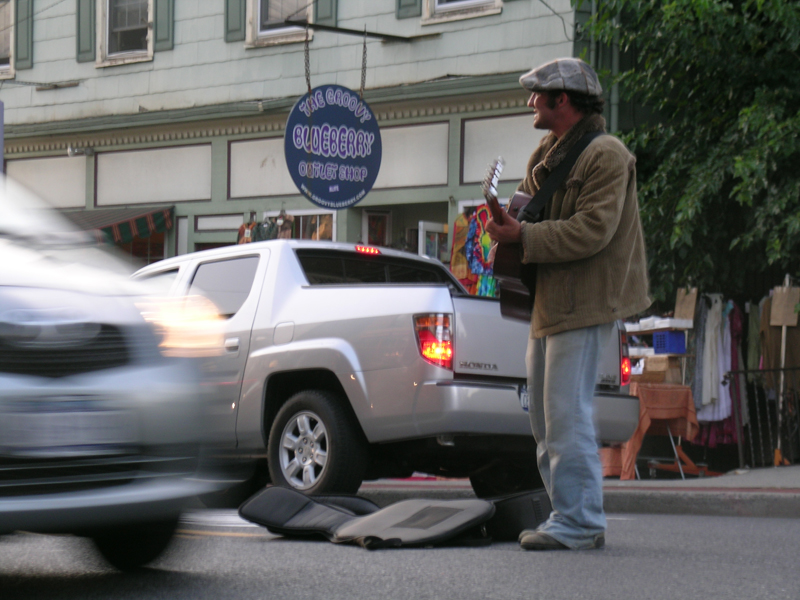