This year, for the first time since COVID-19, the fair took place and those who were vaccinated were able to enjoy the event to its normal, full extent. With a crowd twice its usual size showing up each of the four days, vendors and local business owners were pleased with how well they were able to do. Here are some photos that capture the lively and colorful aura that surrounds the festival each year.

Kieran Gaspar drummed up business by taking his jewelry to the streets. He enjoyed walking around and talking to people, allowing them to get to know him better and find a greater appreciation for his art.

Graffiti artist Connor White drew out ideas for a new piece while shoppers milled around his tent outside the fairgrounds. White is a newcomer to the vendor scene, but his work attracts a large following from the DIY crowd, both online and in person.

One of the many jewelry shops that line the streets each year at the Huntington Fall Festival on the North Shore of Long Island. This one, which has been located at the front gate of the festival for the past eight years, is known by locals for its dreamcatcher bracelets.

The owners of Robin’s Nest Naturals made their debut on the vendor scene this year with their line of organic CBD products. Their current store, which is located about a mile away from the fairgrounds, opened over the summer and is already a huge hit in the village.

Gary Smalls, a local artisan, played his handmade guitar outside his tent. Usually, he only sells his painted wooden panels (shown behind), but he decided to sell his instruments this year; he says, “they were a huge hit.”

The fresh-squeezed lemonade stand, a staple at the festival, makes its famous drink using only three simple ingredients: sugar, water and lemon juice. On a normal year, they’ll make about 3,000 cups in a single weekend, but because of the higher number of people who attended the fair this year, they had to make an extra 2,000.

With most of Huntington vaccinated over the summer, the mask mandate was dropped, and people were allowed outside bare faced. This is the first time in two years that there was a public event in Huntington that did not require masks to be worn.

A huge line can always be found near the deep-fried Oreo tent, a must-have at any fair. What makes the Fall Festival’s Oreos unique, however, is that they have multiple options for the types of Oreos that get fried; from birthday cake to pumpkin, you can have the deep-fried Oreo of your dreams!

The Puppy-Roll ride, one of the 22 rides available at the Huntington Fall Festival, spins full-bellied fair goers around after a full day of shopping and eating. This ride is slower and better for children, but there are faster rides for adult festival attendees.

Gabby Gagliano is a junior who is studying photojournalism at SUNY New Paltz.

Thu Dec 2 , 2021
Emotions ran high at the first New Paltz Accountability public forum. Held Friday, November 18, in the Student Union Building, the room was packed with listeners engaged in conversations told by students and faculty about sexual violence in and around the SUNY New Paltz campus. As an organization, New Paltz […] 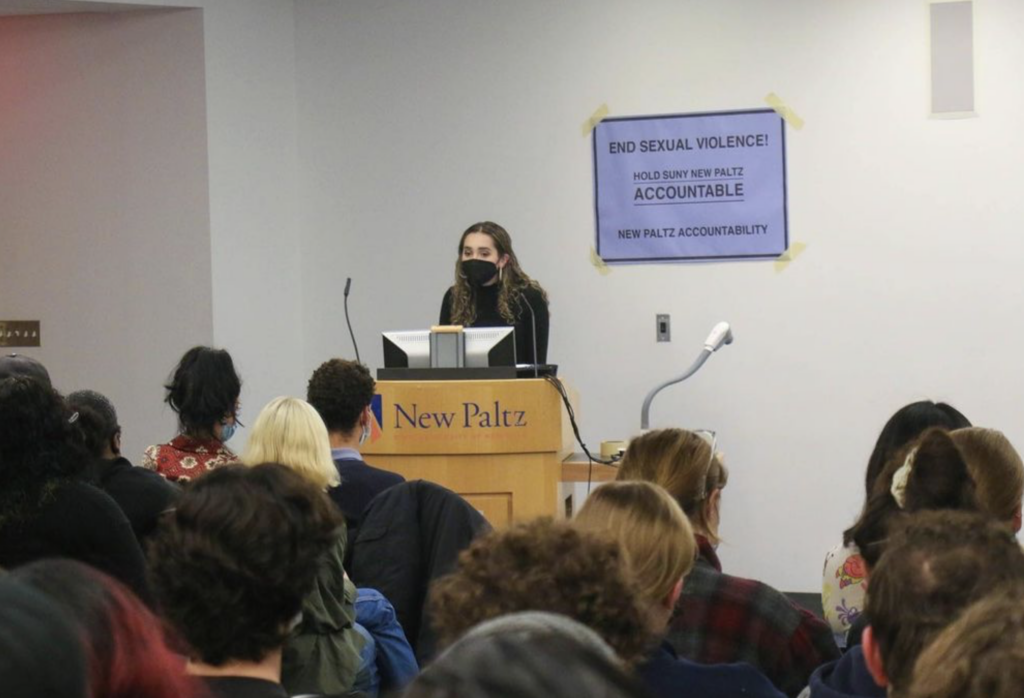